A food delivery executive in Hyderabad, Mohammad Aqeel, received a motorbike as a gift through an online fundraising campaign that was initiated by one of his customers. 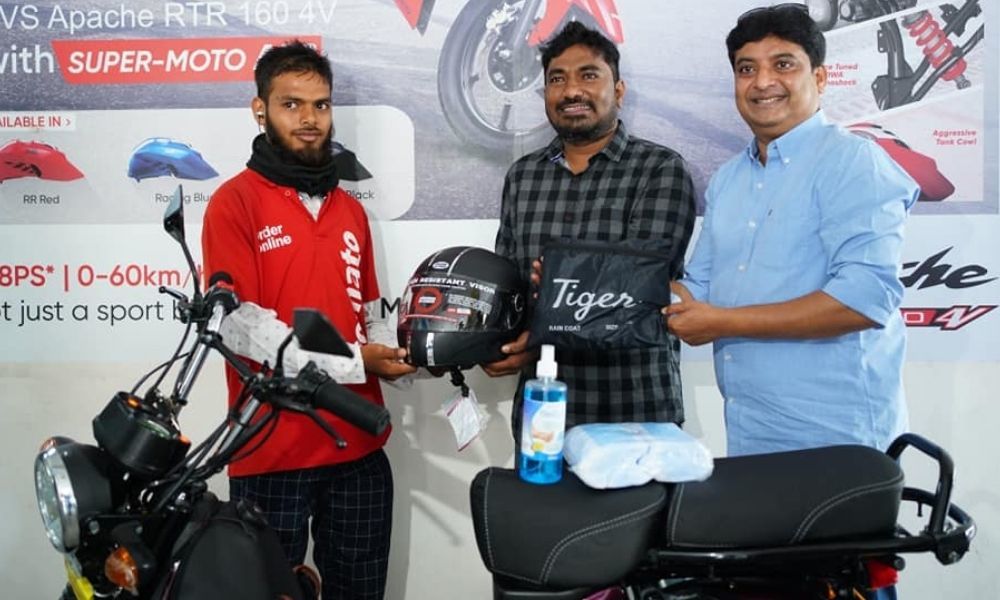 In a heartwarming gesture, a food delivery executive associated with Zomato in Hyderabad received a motorbike as a gift after a customer took notice of his struggles with his bicycle and started online fundraising campaign on social media.

On June 14, Mohammad Aqeel, the food delivery executive received a message to deliver an order to Robin Mukesh, residing in the King Koti area of Hyderabad.

Mukesh had ordered tea at 10 PM from a hotel in Lakdi-Ka-Pool. He had been tracking his order and noticed that the delivery executive, Aqeel, was in Mehdipatnam. He then received a call from Aqeel after 15 minutes of placing the order, saying that he reached the location and requested him to come downstairs to receive the order.

"As I went downstairs, I saw a young boy who was completely drenched in water due to the rain and to my surprise, he came all the way on a bicycle in just 15 minutes. When asked how was he able to deliver the order so fast, he said that he has been delivering food orders over the bicycle for over a year," Mukesh told ANI.

During the conversation, he found out that Aqeel was a BTech student and with his permission clicked his picture. Later, he uploaded the picture on a food and travel page on Facebook.

Social Media Comes To The Rescue

Soon after, help started pouring in. Netizens appreciated the delivery agent's commitment to his work despite the pandemic and the harsh weather conditions.

"When I asked Aqeel about what help he needs, he said that it would be really great if he could get a motorbike. So immediately, I initiated a fundraiser on Tuesday night, and surprisingly till the next day morning, the target was reached in less than 12 hours," Mukesh shared.

Contributions from across the country as well as from a woman residing in the US were made. In just 12 hours, a total of ₹73,000 was raised and Aqeel was gifted a TVS XL bike along with other essentials like masks, a raincoat, and a helmet.

"After buying all this, ₹5,000 were left which were then used to pay Aqeel's college fees," Mukesh added. The fundraiser was later forcefully stopped as funds were coming in continuously.

Aqeel is extremely happy and he thanked everyone who supported him, according to the ANI report.

Mukesh has reportedly been actively participating in social work for the last two years and is associated with several NGOs.

He was happy that he could help Aqeel with just one post. "Social media platforms can be put for a good use to help people who are in need instead of spitting hate," he said.