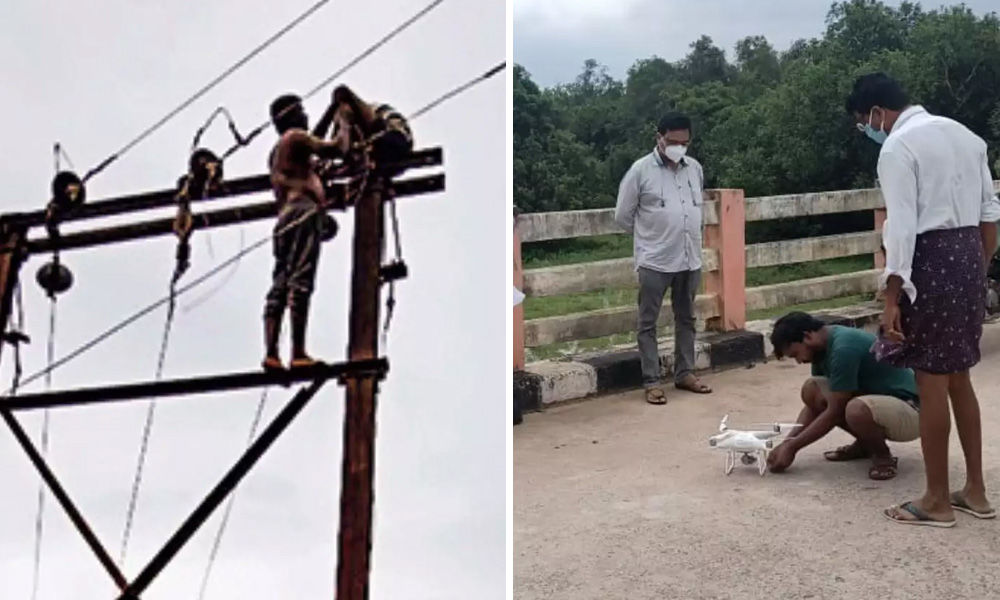 With the help of a drone, power supply was restored to 4400 households in about six villages situated few hours away in the Tuni mandal of East Godavari district.

Due to heavy floods and water flow, no swimmer dared to take up the task.The officials decided to use a drone to reconnect the powerline.

A wedding photographer BV Ramana, from an affected village, arranged the drone. The drone is generally used by photographers for coverage of marriage ceremonies. With the help of drone power supply was restored to 4400 households in about six villages situated a few hours away in the Tuni Mandal of East Godavari district.

Energy secretary Nagulapalli Srikanth said that the officials used a drone to send a nylon rope across the swollen river. After the rope was fixed on both banks, a hook was connected to the rope and it was passed on an electric wire across the river. The overhead electric wire was fixed later from both the ends.

As per Andhra Pradesh Power Distribution Company Limited, the divisional engineer Y David said that the power lines got disrupted over the Thandava river due to high wind speeds. After trees had fallen over the electricity poles, power failure to 6,000 connections had happened.

For passing electricity from one side of the river to the other, they tried using various methods such as deploying speed boats and swimmers to solve the problem of power supply but none of which worked so they resorted to drone.