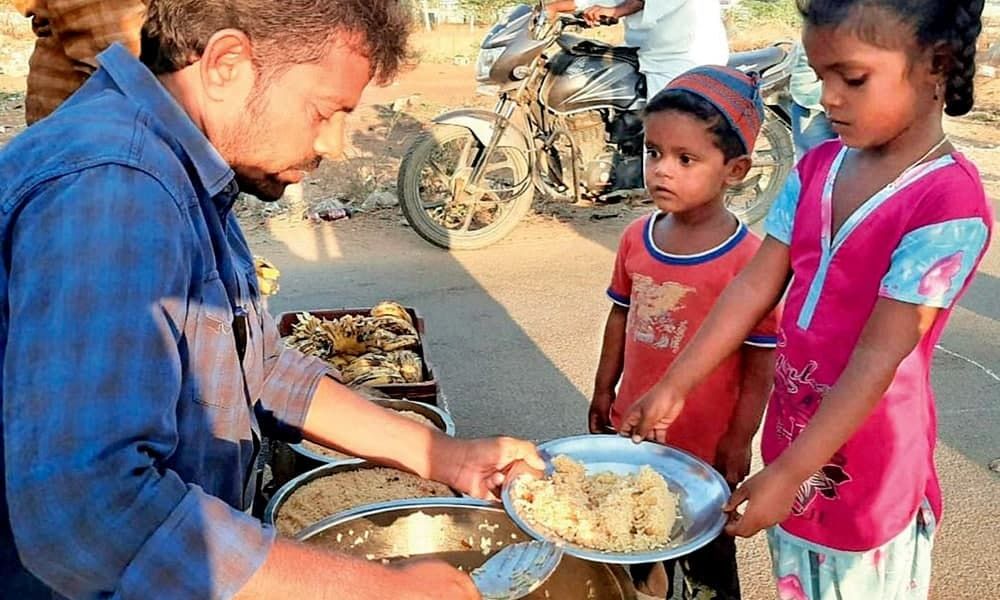 It has been 15 years that Venkataramana has been rendering selfless service and due to this the poor people in the call him 'Sanjeevani' and sometimes even as a blood donor Ramana in Anantapur district.

Venjeti Venkataramana Reddy, the founder-trustee of Sanjeevani Charitable Trust, is just one call away when someone is in dire need of blood or medicines, or needs help to perform last rites of abandoned bodies.

Venkataramana has been a true life-saver in the eyes Chakali Anji and his mother Ramakka who are from Chennekota in Kanaganpalle Mandal.

"If not for him, it would have been very hard for me to survive," said Anji recalling how his relatives abandoned him. Eighteen years ago, when he was studying class 9, Anji fell from a tree while playing and suffered a spinal injury. "My mother, who works as a farmhand supported me all these years, but it was getting difficult both financially and physically, as my mother was getting old," he added.

As reported The New Indian Express, Venkataramana came to know about the plight of Anji and came forward to lend a helping hand. Every month, he provided the family with basic needs apart from the medicines. He even took Anji to Bellary for physiotherapy, bore all the costs for doctor visits.

Venkataramana has helped various other people including barber Kullayappa. The barber said that his wife suffered from a heart ailment and could not have survived if help didn't come at the right time and from the right person. Kullayappa was not able to afford medicines before Venkataramana lent him a helping hand by providing medicines every month and even providing monetary assistance for their daily needs.

"There are no words to express my gratitude," said Vannur Saheb, a resident of Rajeev Colony in Anantapurand suffered serious injuries on his head while working as an electrician and Venkataramana lent him a helping hand.

The publication reported that Venkataramana belonged to a poor family but that did not deter him from helping others in need. Due to weak financial background, he could only study till class 10. Describing the one experience he said that one of his friends Hanumanth Reddy used to donate blood to the needy which had a great impact on him. Till now, he has donated blood to around 5,000 people and in 2005 when a lecturer in Sathya Sai college was in need of blood he came forward and this was the first time he donated blood.