The foundation was started by N Kishore Kumar in 2014 who undertook a massive plantation drive with the help of Kakinada Municipal Corporation and the Forest Department. 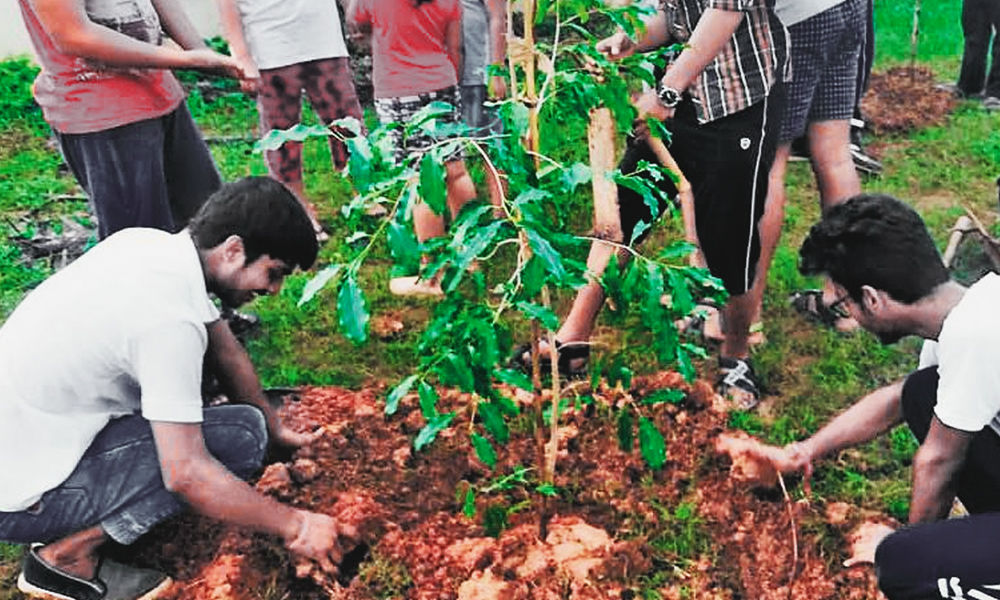 Eight friends came together a few years ago to form 'All is Well' Foundation, an environment-protection that works towards planting saplings in Kakinada, Andhra Pradesh and its surrounding villages. The group has been working to improve greenery every Sunday.

The foundation was started by N Kishore Kumar in 2014 who undertook a massive plantation drive with the help of Kakinada Municipal Corporation and the Forest Department.

Seven of his friends who come from various professional backgrounds joined hands to take this initiative forward.

The other members of the group include Rajkumar who is a doctor, Kamlakar Rao who is an employee of the customs office, TVVSN Reddy, a retired professional, Ravi Varma, Rajendra Reddy, G Govardhan and T Sudheer.

From a group of just eight members, it has expanded into a large organization with 500 members. The members of this foundation meet every week and plant saplings to improve the greenery in Kakinada and its surrounding villages.

The members of this foundation who participate in the plantation activities include women, children, and even elderly people.

Kishore Kumar who works in the solar energy sector was encouraged by his family members to carry on with his activities.

When he observed a pile of garbage at a park near Raja Tank in the East Godavari headquarters, he himself decided to clean the trash. Although he could not succeed in cleaning up the park entirely, he was joined by his friends in planting different types of saplings in the locality.

The group has been planting different varieties of saplings such as bogada, rela, badam, lagerstroemia, kada malli, kadambam, neem, mango, neredu and guava.

With their efforts, they want to increase the depleting green cover and work towards conservation of the environment.