"Hardly 3-4 bodies used to arrive here for last rites, and now the numbers go up as much as 30-32. I have never seen any such time in my whole life," Bhrigrashan, the 79-year-old caretaker, said. 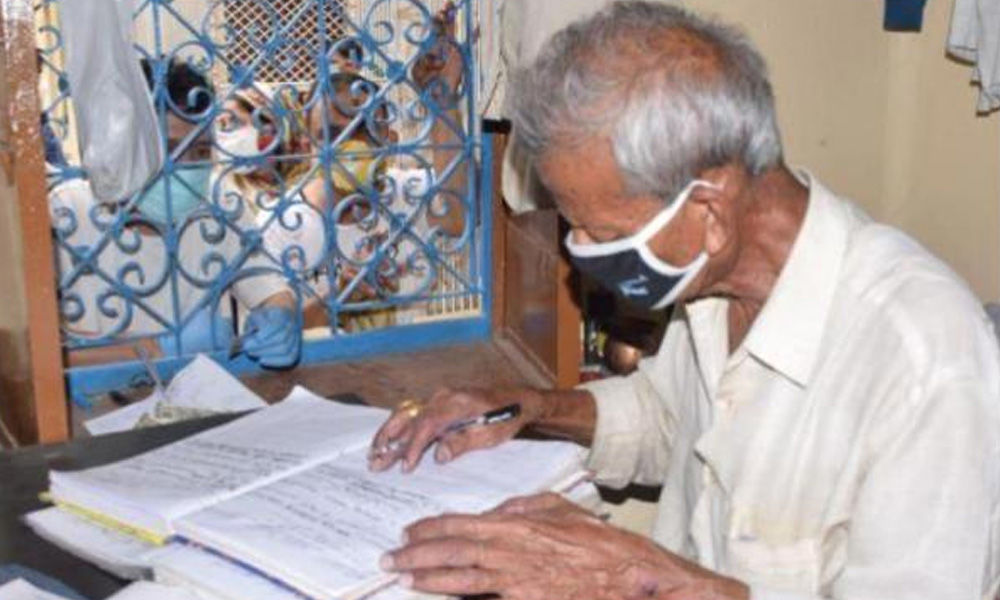 A septuagenarian crematorium caretaker decided to miss the wedding of his beloved grandson in April to give dignified last rites without disruption in the Rajpura crematorium.

The crematorium is designated for those losing their battles to COVID-19, reported The New Indian Express.

"Hardly 3-4 bodies used to arrive here for last rites, and now the numbers go up as much as 30-32. I have never seen any such time in my whole life," Bhrigrashan, the 79-year-old caretaker, said.

He has been managing the crematorium for over 27 years for a Trust in Haldwani in Nainital, Uttarakhand. Bhrigrashan said he has been working for over 18 hours a day for two weeks now. Famously known as the 'Munshi Ji' among the city's people, he adds that the most harrowing experience is to assist parents whose younger ones are gone.

He manages everything from arranging pure wood from various sources to registering the details of the deceased and maintaining the record for further reference in the city of over three lakh people.

When asked whether he misses his family, he said, "I miss them a lot, and I always wanted to attend the wedding of my grandchildren, but then this work is more important. My children and grandchildren miss me, but they encouraged me to help and give my services here."

The seniors in the trust had sanctioned his leave, but he refused to budge.

Rambabu Jaiswal, an official from the trust, said, "We knew about his grandson's wedding for which he asked for leave, and we sanctioned it. Later, he came to us requesting to cancel. We told him the work here would be managed. He got angry and told us that without him, it would be a mess, and he is not going."

"I know everything in here, and suddenly a new person will feel overwhelmed, and people will suffer unnecessarily, I thought. Losing one's family is enough pain. At least I can help them in the last rites. I have lived my life and experienced much of it. I am not afraid of getting infected and dying," said Munshi Ji.