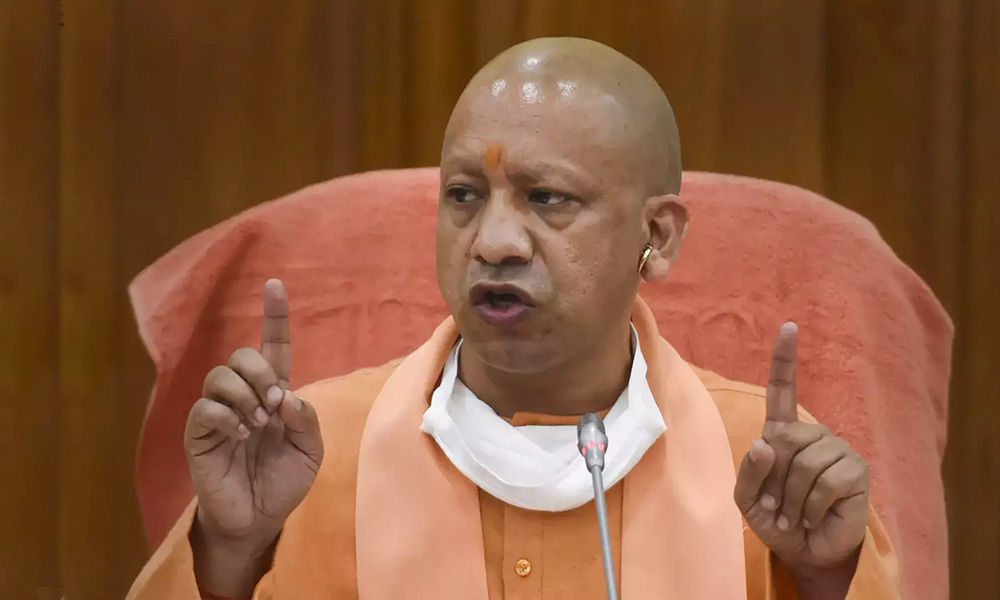 Seize Property Of Those Spreading Rumours Of Shortages In Oxygen Supplies: Yogi Adityanath

The CM stated that there was no shortage of oxygen in any Covid 19 hospital, the real issue was black marketing and hoarding.

Uttar Pradesh Chief Minister Yogi Adityanath has directed the officials to take action under the National Security Act and seize the property of individuals guilty of spreading "rumours" and propaganda on social media and trying to "spoil the atmosphere". The Chief Minister has claimed there is no shortage of Oxygen in Uttar Pradesh hospitals and has claimed Oxygen is being black marketed and hoarded by few.

Book Them Under NSA

Mr. Adityanath has issued orders for action to be taken under the NSA and the Gangsters Act against "anti-social elements" associated with "black-marketing" of medicines, spreading of rumors, and spoiling the environment reported The Hindu. The UP Chief Minister pointed out how a private hospital experienced a shortage of oxygen two days ago but upon verification the hospital had possessed sufficient oxygen. "Due to such people, fear is increasing among the public. Even those who don't need it, are worried about oxygen cylinders," Mr. Adityanath said. The Chief Minister has vowed to go after the people who are black-marketing medicines and oxygen cylinders.

Attempt To Tarnish The Image Of Government

ADG of Law and Order of Uttar Pradesh Government, Prashant Kumar, claimed that people were rumour-mongering on social media and repeatedly ringing such false alarms. "It appears like there is an attempt to tarnish the image of the government," Mr Kumar said in a video statement. The UP government has arrested 42 persons and recovered 239 oxygen cylinders and 688 vials of Remdesivir until now.

The Logical Indian commends the efforts to curb black marketing and hoarding. However, to accuse people who talk about Oxygen shortage on social media when people are dying daily in various states due to oxygen shortage is uncalled for. We hope the Uttar Pradesh Chief Minister directs his complete resources and energy towards curbing the spread of the virus and helping its neighbor state where many deaths have reported due to oxygen shortage.

Also Read: 25 People Died Due To The Shortage Of Oxygen At Delhi's Jaipur Golden Hospital