Derek O'Brien along with other TMC leaders were stopped by police when they were "just 1.5 km from the victim's home", the party alleged. 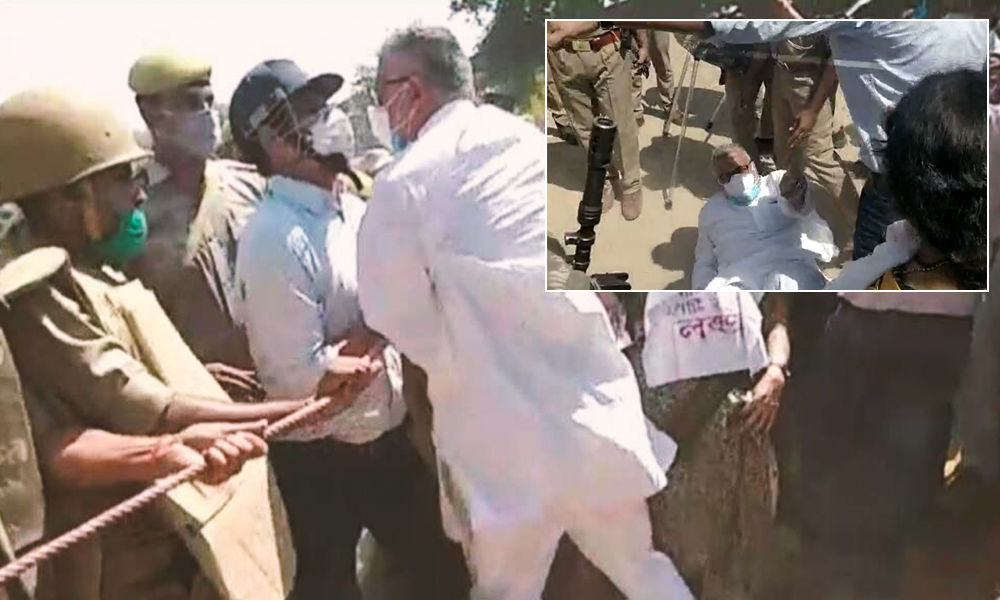 Trinamool Congress MP Derek O'Brien was pushed to the ground in a scuffle with the Uttar Pradesh police. The leader was attacked while he was on his way to UP's Hathras to meet the family of the 20-year-old who was gang raped and tortured nearly two weeks ago.

Derek O'Brien along with other TMC leaders including Dr Kakoli Ghosh Dastidar, Pratima Mondal and ex-MP Mamata Thakur were stopped by police when they were "just 1.5 km from the victim's home", the party alleged.

The action against the TMC leaders comes a day after Congress leaders Rahul Gandhi and Priyanka Gandhi Vadra were briefly detained over violation of ban on large gatherings amid the coronavirus pandemic when they were marching to Hathras.

"A delegation of Trinamool MPs traveled about 200 km from Delhi, and has been stopped by UP Police from entering Hathras," the party said in a statement this morning, adding they "were traveling separately to express solidarity with the grieving family and convey their condolences".

The violent face off was caught on camera that showed Derek O'Brien being pushed to the ground by a man in white shirt.

#WATCH: TMC delegation being roughed up by Uttar Pradesh Police at #Hathras border. The delegation, including Derek O'Brien, was on the way to meet the family of the victim of Hathras incident. pic.twitter.com/94QcSMiB2k

Some other visuals showed TMC MPs, wearing masks, trying to persuade local police to allow them to meet the victims' family.

The leader were seen sitting on the roads, holding placards, which read "Beti Bachao? Beti Jalao? Shame (save the daughter? burn the daughter? shame)"

"We are peacefully proceeding to Hathras to meet the family and pay our condolences. We are traveling individually and maintaining all protocols. We are not armed. Why are we stopped? What kind of jungle raj is this that elected MPs are prevented from meeting a grieving family. At this moment, we are just 1.5 km from the victim's home in Hathras," the party's statement read.

Former MP and Trinamool Congress leader Mamata Thakur said: "We were going to meet her family but there were not allowing us. When we insisted, the women police personnel pulled at our blouses and lathi-charged at our MP Pratima Mondal. She fell down. The male police officers touched her. This is shameful."

Yesterday, on October 1, a case was registered against Rahul Gandhi and Priyanka Gandhi Vadra under the Epidemic Act hours after they were detained on way to Hathras.