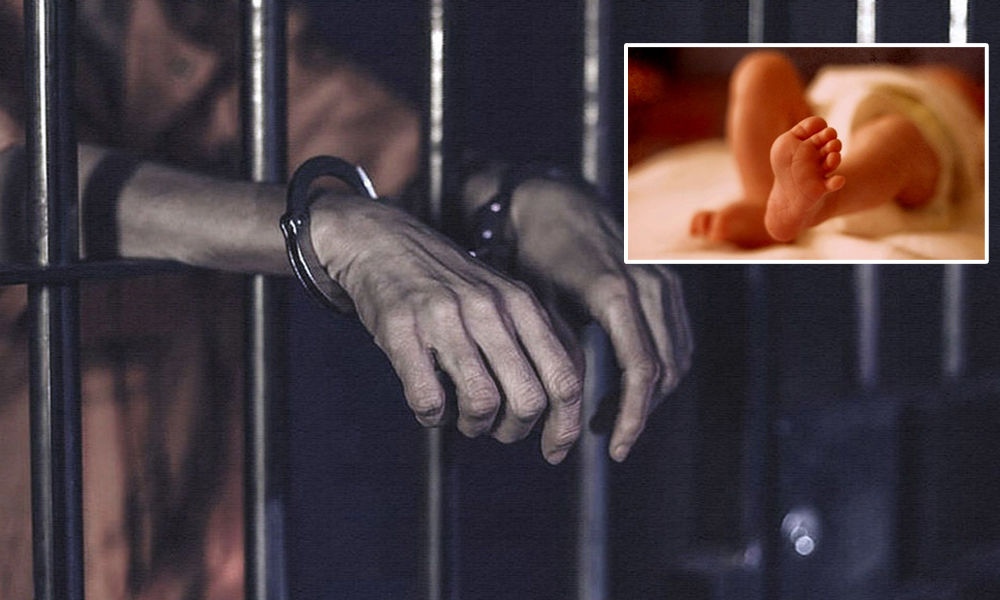 The newborn had changed many hands to reach Sundarajan (40), who bought the girl from the broker as he did not have a child in the last 16 years of his marriage.

Five persons including a newborn girl's father were arrested for allegedly selling and buying the baby girl in Tamil Nadu's Salem.

Vijay (32), the father of the girl is a resident of Gandhi Nagar near Nethimedu in the city. According to the police, the baby had changed many hands before they could rescue her from the couple in Bengaluru, reported The New Indian Express.

Vijay had allegedly sold his newborn girl without the knowledge of his wife Sathya to V Gomathi, a resident of the same locality (Gandhi Nagar), for a sum of ₹1.5 lakh.

Two days later, the wife, Sathya got to know about the incident, soon after which she lodged a complaint with Annathanapatti police. The police detained Gomathi and she revealed that the baby was handed over to brokers Chitra and C Nisha, both residents of Erode district.

When Nisha was questioned, she said that she had sold the baby to another broker Balamani, a resident of Komarapalayam in Namakkal District. Later, Balamani sold the infant to A Rajeswari (57), a resident of Bengaluru.

Following this, a special team of Annathanapatti police went to Bengaluru and nabbed Rajeswari. She allegedly said that she had sold the infant to another broker R Mariyageetha (43), a resident of Bengaluru. "Mariyageetha later sold the baby to K Sundarajan (40), a resident of Bommidi in Dharmapuri for ₹4 lakh," police said.

During an interrogation, Sundarajan said that he bought the girl from the broker as he did not have a child in the last 16 years of his marriage.

Police had already arrested Gomathi and Nisha on December 11. They were later remanded in prison. On Monday, police arrested Mariyageetha, Rajeswari, and Sundarajan.

The police said that Vijay, Balamani, and Chitra are on run. The baby has been safely handed over to her mother. The police are taking steps to produce the baby at the court.