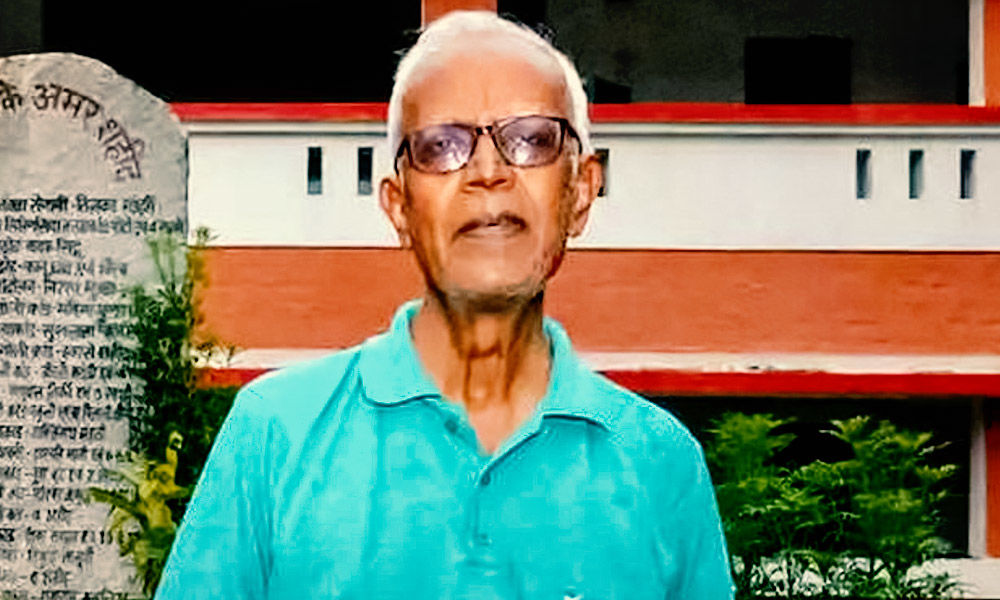 Swamy had filed the interim bail application on medical grounds citing his age and health conditions.

A special court on Thursday, October 22, denied the interim bail plea of 83-year-old Jesuit priest and tribal rights activist Stan Swamy, who was arrested earlier this month in connection with the Elgar Parishad/Bhima Koregaon case.

Swamy had filed the interim bail application on medical grounds citing his age and health conditions.

Lawyer Sharif Shaikh, representing Swamy, told the court that Swamy is suffering from Parkinson's disease and was unable to even sign the documents. The legal team had to take his thumb impression.

The court was also told that Swamy had undergone surgery and was hospitalised before his arrest and had also suffered an injury when he fell down in jail. Shaikh said that there was no bar on the release of an undertrial on humanitarian grounds or as per the directions of the committee appointed on orders of the Supreme Court to decongest jails.

He was arrested on October 8 by the National Investigation Agency (NIA) from Ranchi, Jharkhand, and brought to Mumbai on October 9.

The NIA did not seek his custody and filed a supplementary chargesheet against him and seven others.

Opposing his bail plea, the NIA had said that "trying to take an undue benefit" of the ongoing pandemic.

"The accused Stan Swamy under the garb of the current situation on account of the global pandemic Covid-19 is trying to take an undue benefit of the situation…in seeking bail…," the NIA replied to the bail plea. It also claimed that Swamy was booked under various serious charges including the Unlawful Activities (Prevention) Act, alleging that there was adequate evidence against him.

The chargesheet against Swamy claims that he was a member of the CPI (Maoist) and obtained funds for its activities.

The NIA has also submitted that while the committee's guidelines suggest considering the grant of interim bail to undertrials above 60 years of age, it cannot be granted mechanically.

Father Stan Swamy has worked in the state for over three decades on many issues of the Adivasi communities on land, forest and labour rights. He has questioned the non-implementation of the Fifth Schedule of the Constitution, which specified setting up of a Tribes Advisory Council with members only of the Adivasi community for their protection, well-being and development in the state.

Swamy had also opposed setting up of "land banks", which he claims would free up land belonging to the community to set up small and big industries.

Swamy, in his statement, claimed that his work questioning indiscriminate arrests of thousands of young Adivasis labelled as "Naxals" was the reason why he was being implicated. "This, I believe, is the main reason why the state is keen to put me out of the way. The most feasible way is to implicate me in serious cases and stall the judicial process to give justice to the poor innocent Adivasis," the statement read.

The NIA took over the investigation into the Elgar Parishad/Bhima Koregaon case. The agency claims that the accused have links with the banned CPI (Maoist).

On January 1, 2018, lakhs of Dalits had gathered near Pune to celebrate the 200th annual commemoration of the Battle of Bhima Koregaon, which was won by the British army, comprising soldiers from the Dalit community against the Peshwas in 1818. Massive violence broke out during the ceremony when right-wing groups started protests against the annual celebration. Vehicles of those assembled were torched, and many people were assaulted.

On the basis of an eyewitness account, an FIR was registered at Pimpri police station on January 2, citing Hindutva leaders Milind Ekbote and Sambhaji Bhide, for alleged provocation.

On January 8, another FIR was filed by Pune police claiming that the violence occurred due to an event held on December 31, 2017, called Elgar Parishad at Shaniwar Wada in Pune. The Pune police arrested activists claiming that the event was organised as part of alleged Maoist activity and that the 'accused' were involved in it.