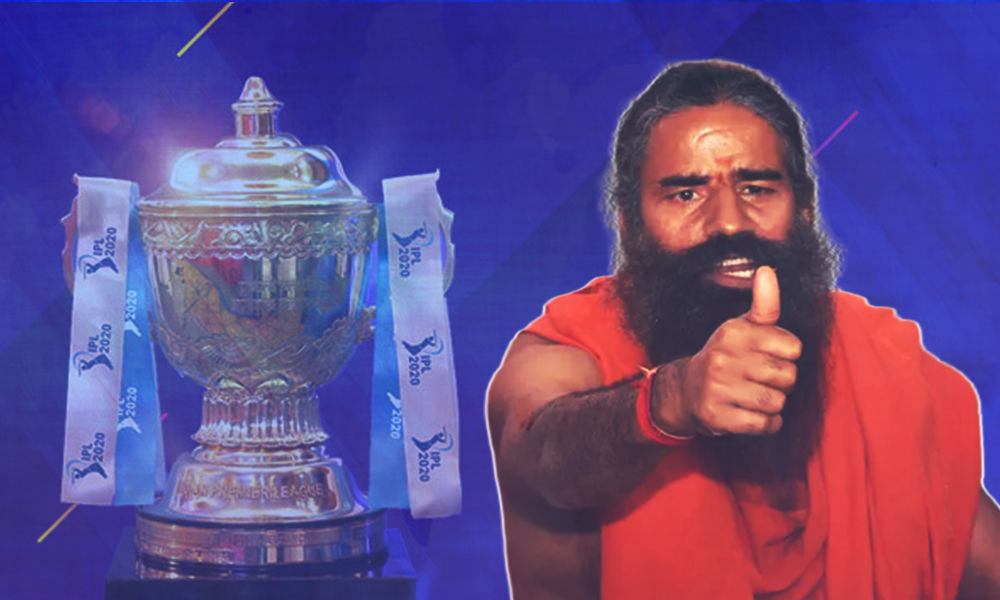 IPL 2020: Patanjali In Race For Title Sponsorship After VIVO's Exit

Spokesperson of the company said it wants to contribute towards the Centre's 'Vocal For Local' initiative, by showcasing an Indian brand at a worldwide recognized platform.

Baba Ramdev's Patanjali Ayurved Ltd is considering bidding for the title sponsorship of the India Premier League (IPL) 2020, which is scheduled to start on September 19 in the UAE.

The slot for title sponsorship was left after the Chinese handset maker Vivo decided to exit for it.

"We are considering the IPL title sponsorship for this year since we want to give the Patanjali brand a global marketing platform," PTI quoted Patanjali spokesperson S.K. Tijarawala as saying. The company is also considering making a proposal to the Board of Control for Cricket in India (BCCI). For the same, the company has to submit its proposal by August 14.

Tijarawala said the company wants to contribute towards the Centre's 'Vocal For Local' initiative, by showcasing an Indian brand at a worldwide recognized platform.

Last week, BCCI and VIVO decided to suspend their partnership for the IPL amid the ongoing clamour to boycott Chinese products in the wake of the India-China border standoff at the Line of Actual Control. The Chinese company had the title sponsorship rights for five years, from 2018 to 2022, worth ₹2,190 crore (₹440 cr per annum). The IPL's half commercial revenue is equally shared by the franchises.

According to the media report, Patanjali group has an estimated turnover of over ₹10,500 crores. The company had also acquired Ruchi Soya in a corporate insolvency resolution process for around ₹4,350 crore. It also reported a revenue of ₹8,329 crore in FY 2018-19.

Apart from Patanjali, other companies that have proposed their candidature for the title sponsorship include Paytm, Jio, Amazon, Tata group, Dream11, Adani group and education start-up Byjus.

However, there is widespread opposition against awarding the sponsorship to Byjus, Paytm and Dream11, as all three are funded by various Chinese investors.