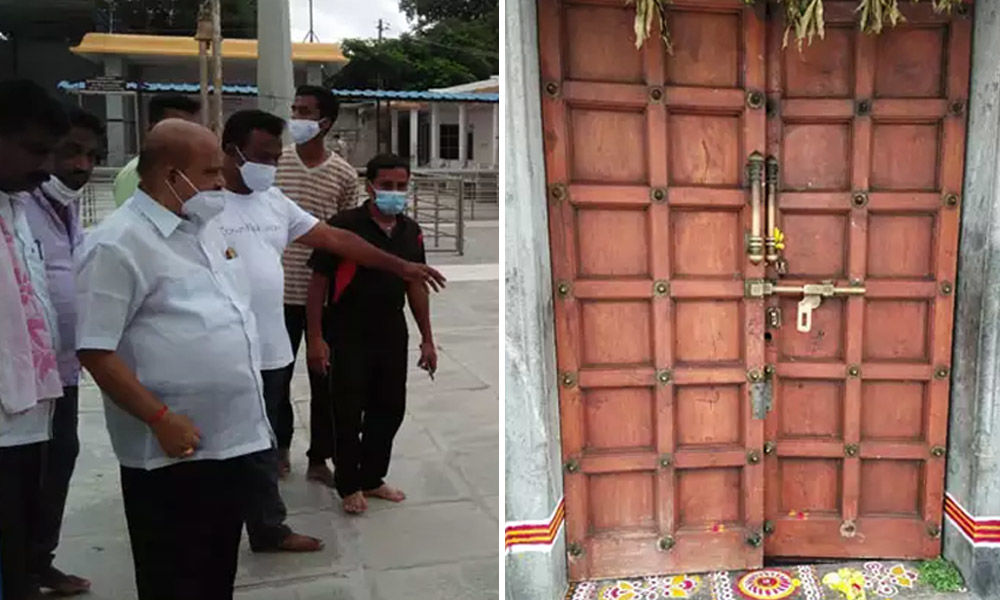 The three priests, who were cousins, were identified as Ganesh, Prakash and Anand and their bodies were found by the villagers in a pool of blood with their heads crushed with boulders.

Three priests were found brutally murdered in the courtyard of Sri Arakeshwara temple at Guttalu on the outskirts of Mandya city in Karnataka on September 11.

The three priests, who were cousins, were identified as Ganesh, Prakash and Anand. Their bodies were found by the villagers in a pool of blood with their heads crushed with boulders.

The three priests used to sleep on the premises of the temple for security reasons, the police said.

The police said that all the three priests were killed while they were asleep as there is no evidence of any resistance. The cops also suspect robbery as the motive behind the murder as three hundis were found outside the temple and all the money and offerings were looted.

The miscreants also ransacked the sanctum sanctorum of the temple in search of more valuables and cash, the police said.

The Mandya police, with the help of sniffer dogs and forensic experts are trying to collect evidence from the crime scene and nab the accused. A case has also been registered at the Mandya East police station.