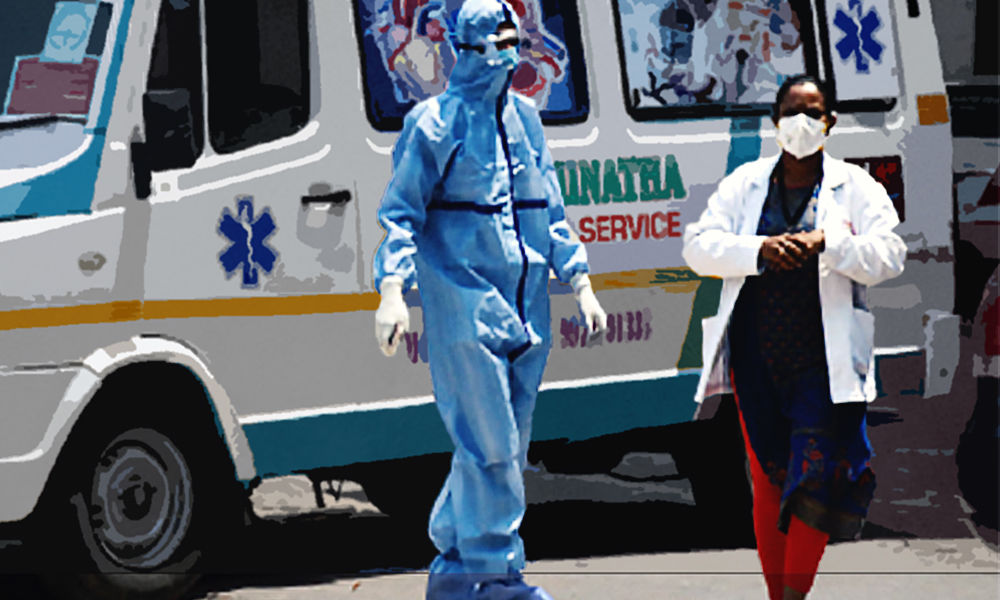 "She cried in pain for half an hour and delivered in a pool of water at the hospital gate while her relatives tried to hide her in the blankets amid rain," Nasir Ahmad, an eyewitness said.

A woman in Jammu and Kashmir's Bandipora was forced to deliver her child in the premises of a district hospital on November 14, after doctors allegedly denied her admission because she tested positive for the coronavirus, the Greater Kashmir reported.

Deputy Commissioner of Bandipora, Owais Ahmed, issued a show-cause notice to medical superintendent and medical officer of District Hospital, Bandipora, who were on duty during the time of the incident. He also constituted a committee to investigate the matter and submit a report within one week.

The woman, a resident of Vewan, the remotest village of Bandipora district, was shifted to the district hospital after she complained of labour pain on Saturday morning.

However, when she tested positive for COVID-19, the doctors refused to admit her and asked the family to shift her to a COVID facility in Hajin, nearly 30 km from Bandipora. By this time, the woman had developed severe pain and delivered her baby near the gate of the hospital.

Abdul Aziz Bhat, the woman's husband, said that the doctors refused to admit her despite her "condition being evident to everyone".

"She cried in pain for half an hour and delivered in a pool of water at the hospital gate while her relatives tried to hide her in the blankets amid rain," Nasir Ahmad, an eyewitness said.

Another dejected woman, Rubeena, who witnessed the incident, said that she saw her delivering among the public. "There was no doctor or paramedical staff to attend her. She was forced to deliver in the hospital premises. All men saw her giving birth to a baby, it is a shame. I am myself attending an expecting relative," another witness said.

The hospital authorities, however, has denied all allegations.

"I referred her to CHC Hajin where COVID-19 positive patients from the district deliver, but due to unknown reasons they didn't get into the ambulance and delivered on the road," Dr Soiba, who attended the pregnant woman said.

Medical Superintendent Bandipora Hospital Bashir Ahmad Teeli also said that the staff attended her while delivery was being performed. "After she tested positive, I immediately phoned the 108 free ambulance," he added. "Meanwhile, the patient came downstairs but her labour precipitated in the hospital ground."

As a precautionary measure, we are shifting the mother to COVID hospital at Pazalpora," Bashir added.