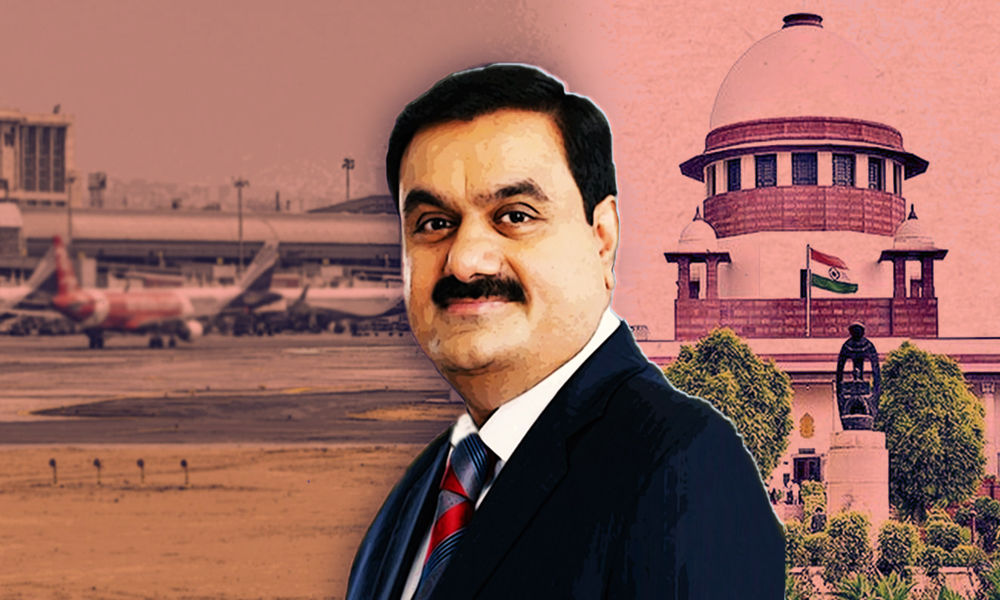 'Adani Has No Prior Experience In Managing Airports': Kerala Moves SC Against Leasing Of Thiruvananthapuram Airport

The Kerala government said that the private firm has 'no prior experience in managing airports', and granting this concession not only goes against the public interest but also violates the provisions of the Airports Authority of India Act, 1994.

The Kerala government has moved to the Supreme Court challenging the Airports Authority of India's decision to lease out Thiruvananthapuram Airport to Adani Enterprises Ltd.

The state government had earlier filed the application at the Kerala High Court against the tender given to Adani to develop, operate and manage the Airport. But on October 19, the HC dismissed the writ petitions, stating that it was 'directed against the privatization policy and hence devoid of merits', reported LiveLaw.

The government then moved to the top court, seeking an interim stay on Kerala HC's verdict. The State government represented by advocate C K Sasi in its plea stated that the private firm has 'no prior experience in managing airports', and granting this concession not only goes against the public interest but also violates the provisions of the Airports Authority of India Act, 1994.

The Kerala government also noted that the concession granted to Adani is in violation of the previous undertaking by the Ministry of Civil Aviation, which had rejected the state government's proposal of forming a Special Purpose Vehicle (SPV), to take over and run the Airport on a revenue-sharing basis.

However, the Centre had said that the state government did not qualify in the bidding process that was carried out in a 'transparent manner.' Whereas, Adani Enterprises had won the rights to run six airports, including Lucknow, Ahmedabad, Jaipur, Mangaluru, Thiruvananthapuram and Guwahati.

The plea states that the Centre had given an assurance to the State of Kerala that when a decision is taken to include the private sector into the management of Thiruvananthapuram Airport, it would consult the state Government.

The Kerala government asserted that the management of airports under them have been adequate, one of the prime example being of the Kochi International Airport at Nedumbasserry, Ernakulam, which is operated by it and is one of the leading airports the world over. Besides, the Chief Minister had offered to take the project at the rate at par which was quoted by the private firm.