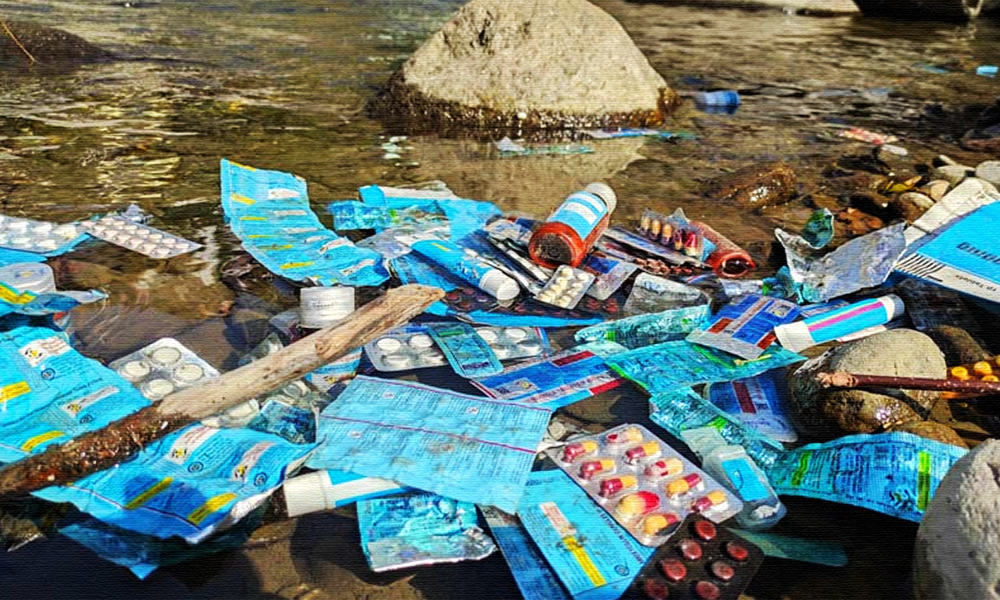 "We have taken serious note of it and a fact finding team has been constituted to probe the incident and those found guilty will be dealt with iron hands," Additional Deputy Commissioner, Bhaderwah, Rakesh Kumar said.

Authorities in Jammu and Kashmir's Doda district have ordered a probe after medicines worth lakhs of rupees from hospital supply were found abandoned at multiple places along Neeru River on Sunday, November 8, leading to the deaths of hundreds of fishes.

The medicines meant for the coronavirus patients were seen by locals after hundreds of fish died under suspicious circumstances in the river near Gupta Ganga temple, Parnala and Atal-garh area.

"We have taken serious note of it and a fact finding team has been constituted to probe the incident and those found guilty will be dealt with iron hands," Additional Deputy Commissioner, Bhaderwah, Rakesh Kumar said.

Kumar said that the hospital authorities have claimed that even the expired medicines are not disposed of anywhere like this.

Neeru River is the lifeline of Bhadarwah since it is the primary source of potable water and provides water supply to trout fish farms besides being the source of income to local fishermen.

"We found hundreds of strips of different medicines floating at several places and raised an alarm as hundreds of fish had died mysteriously in the recent past, Neeraj Singh Manhas," a resident of Atalgarh told News18.

He also said that the medicines include hydroxychloroquine, azithromycin, betamethasone, paracetamol, zinc tablets with an expiry date of 2022.

"It clearly indicates that the medicines meant for COVID patients and have been dumped in water body for unknown reasons," Manhas said.

The locals have said that those who have committed the crime should be put in jails.

Workers of trout fish farms claim that the mortality rate has suddenly spiked after the medicines were thrown in the river in large quantities.

"Since past one week, we have been collecting and removing medicines from our pond every day. Despite all of our efforts, dozens of fish have died in last couple of days and hospital authorities are responsible for this," Barkat Ali of Bagwan trout fish farm Atalgarh said.

However, Block Medical Officer, Bhadarwah, Hamid Zargar said that the hospital authorities are not responsible for this as the medicines meant for COVID positive patients were given to the staff to deliver to the patients at their doorsteps.

"This is very unfortunate incident and we are trying to trace the batch number of the medicines recovered from the river and we will also initiate a departmental inquiry on Monday," Zargar said.