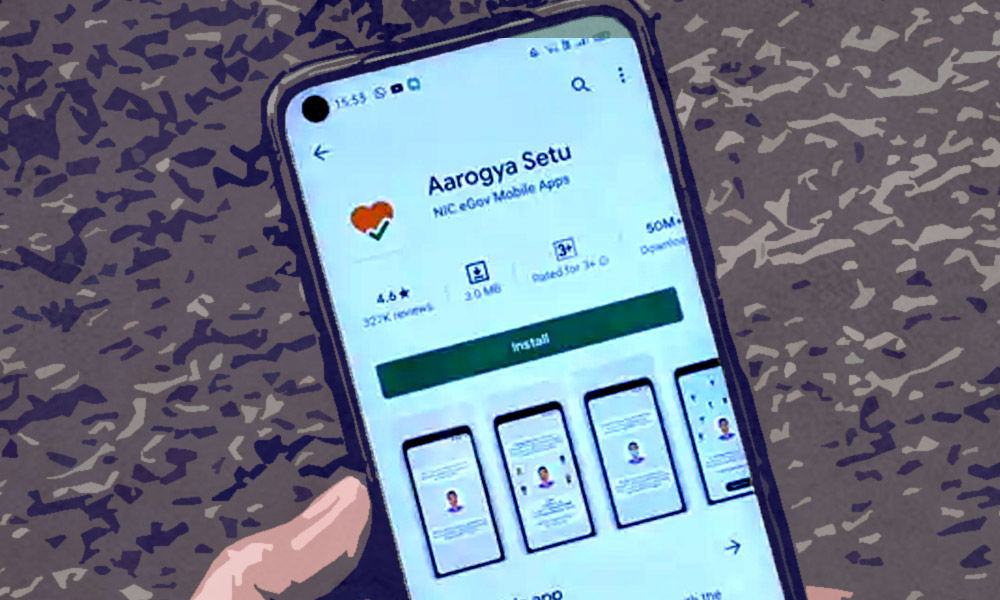 The Commission had earlier questioned the Ministry of Electronics and Information Technology (MeitY) for claiming not to have information on how the Aarogya Setu app was created, despite it later saying that all data was in public domain.

An "unconditional apology" was provided on behalf of all the central public information officers (CPIOs) of the government departments and ministries for "irresponsible submissions" before the Central Information Commission (CIC) pertaining to the availability of information in case of the Aarogya Setu app, The Wire reported.

The Commission had earlier questioned the Ministry of Electronics and Information Technology (MeitY) for claiming not to have information on how the Aarogya Setu app was created, despite it later saying that all data was in public domain.

The contact tracing app was made compulsory as part of the government's COVID guidelines and has over 164 million users in the country.

The petitioner in the case, RTI activist Saurav Dal had filed a petition on August 1 before the commission after he did not receive a satisfactory reply from the ministry about the details of the app.

He had also asked for details of the law under which the app was created and was being managed. Das had also said that the matter was of "immense public interest" and needed "immediate public scrutiny".

The petitioner had also highlighted the any failure by public authorities to perform their duties and its failure to inform the usage of people's personal data will have a severe impact on the right to privacy and the fundamental right to life and liberty.

Central information commissioner Vanaja N. Sarna had also said that it was "very surprising" that information was not provided by the NIC saying it "does not hold the information" relating to the app's creation.

The CIC order further mentioned that the CPIO of the ministry too "could not gave a plausible explanation except that the creation of the same involves inputs from NITI Aayog" and that he "could not explain as to how it is possible that the App was created and the Ministry of Electronics and Information Technology has no clue about its origin."

The commission had then then directed the CPIO, NIC to explain how the app was created with the domain name gov.in, if they do not have any information about it and issued notices to the CPIOs of MeitY, Department of Electronics, NeGD and NIC.

Sarna admitted that the "subject matter is of prime importance and unnecessarily the RTI application was poorly handled by the officers by providing what appeared to be evasive replies". He, however, insisted that "actually there is nothing to hide and the creation of this app was a positive step and had actually helped immensely in controlling the pandemic."

Blaming "lack of coordination among different CPIOs" for the lapse, Sarna said a circular was issued by MeitY on November 11 to make a single CPIO – deputy director, E-GOV Division, MeitY D.K. Sagar – responsible for handling the RTIs related to the app.

"This app was built in a record time of less than three weeks without any cost to Government and was launched on 2nd April, 2020. Within 13 days of the launch of the App it had more than 50 million users which was a world record of the fastest time to reach 50 million users for any mobile app," the reply said.

On the issue of safety of data, the reply said "the app has been designed with a privacy first policy and the entire data of the users is completely safe. Most of the data remains on the mobile phone of the users and gets auto deleted after 30 days if the person concerned is not COVID-19 positive. Data of only those who are tested positive is pushed to the server."

The Commission then said that "since no malafide or intention to conceal information has been found in the CPIOs' oral and written replies, the Commission is not inclined to impose any penalty on them."