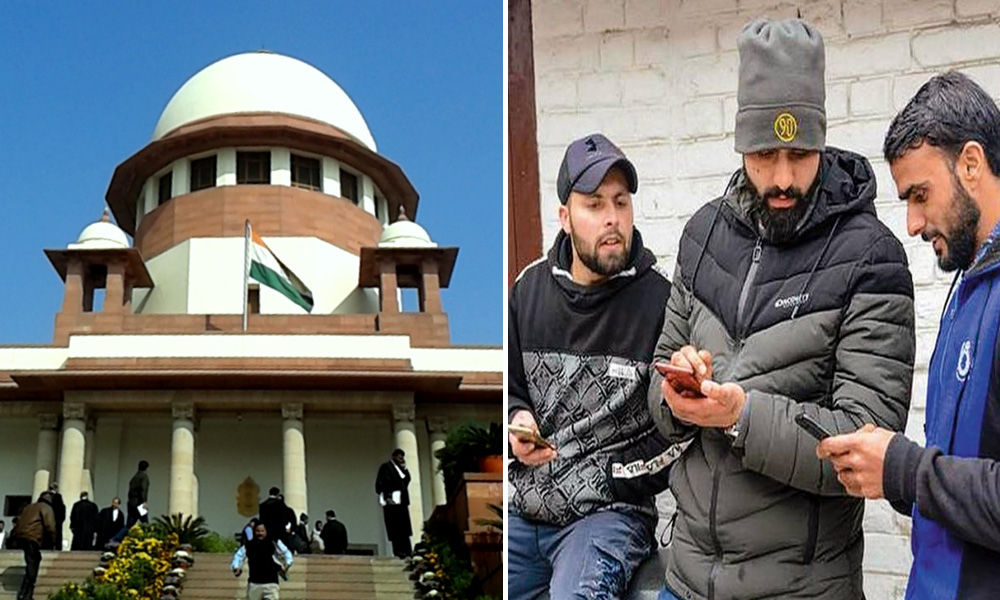 High-speed Internet service has been suspended in the region ever since the abrogation of Article 370 and has been restricted to 2G up till date.

The Supreme Court, while hearing a contempt petition on Friday asked the Jammu and Kashmir administration to explore the possibility of restoring 4G services in certain areas of the Union Territory.

However, the administration sought time to implement the instructions, in view of the appointment of a new Lieutenant Governor in the UT Manoj Sinha.

High-speed Internet service has been suspended in the region ever since the abrogation of Article 370 and has been restricted to 2G up till date.

The bench comprising of Justices N V Ramana, R Subhash Reddy and B R Gavai was hearing a plea filed by Foundation for Media Professionals, seeking actions against the Union Home Secretary and Chief Secretary of J&K, for not complying with the apex court's May 11 direction on the restoration of 4G internet services.

The top court on May 11, had ordered to set up a 'special committee' headed by the Union Home Secretary to consider pleas for restoration of 4G internet services. The bench observed that national security and human rights need to be balanced given the fact that the UT has been 'plagued with militancy.'

The petitioners argued that former Lt. Governor GC Murmu himself mooted the idea of restoring the 4G. The apex court asked Solicitor General Tushar Mehta to see if any part of the state can get 4G internet.

Mehta told the court that he would have to seek instructions as regards the question of the possibility of restoration of 4G internet in the region.

The top court also clarified that after Centre's reply, it will issue its statement on the petition, even though Mehta insisted that there was no contempt and the May 11 order. The hearing has now been adjourned to August 11.

Also Read: Five States That Account For 42% Of Coronavirus Cases In India