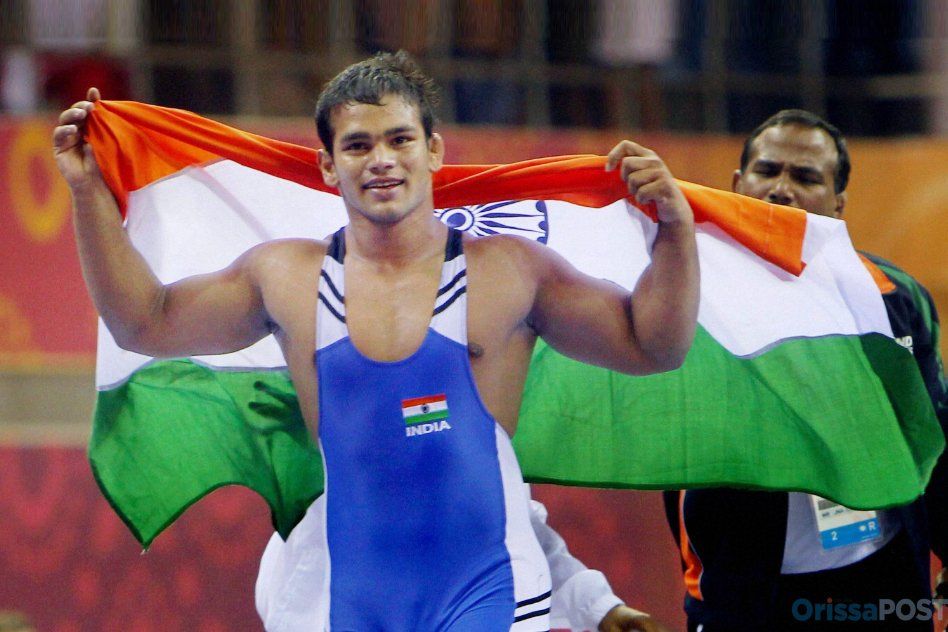 According to information given by Wrestling Federation of India (WFI) President, Brij Bhushan to NDTV, a teen who was perhaps responsible for contaminating wrestling champion Narsingh Yadav’s food during his training at the Sports Authority of India (SAI) centre, Sonepat, has been identified. The alleged teenager is himself a 65 kg wrestler in the junior category of India and said to be the brother of an international wrestler in the super-heavyweight category.

The incident:
When the 2015 World Championship bronze medalist, Narsingh Yadav, was with the Indian team in Bularia, the alleged teenager was hanging around his room, according to a report by Times of India.

While the wrestler was in Bulgaria, the teenager allegedly asked for keys to Yadav’s room at the KD Jhadav hostel at SAI centre. On being enquired by someone as to what he was doing there, he feigned that he was there by mistake.

The 65-kg teen wrestler generally trains at the Chhatrasal Stadium in Delhi. However, he was a frequent visitor to the SAI Sonepat centre during national camps in the capacity of a sparring partner.

Unfortunately there has been no CCTV footage available since the footage is not stored for more than ten days at the SAI centre, Sonepat. In the absence of any concrete evidence no FIR was immediately lodged.

The outcome of the incident:
The Indian team was set to leave for a training session in Bulgaria and Georgia in June. Hence, the team players were tested by the National Anti-Doping Agency on 2nd June. Narsingh Yadav was then reported as negative in the concerned test.

After the completion of the training session abroad, the team returned to India and Yadav resumed his training at the SAI centre, Sonepat. However, on being tested again by the NADA on 5th July, he was found to be positive for a banned anabolic steroid – methandienone.

Consequently, the 74-kg wrestler Narsingh will not attend the Rio Olympics set to begin on 5th August, 2016. In his place, Parveen Rana will represent India.

Narsingh Yadav’s stand:
During an earlier interview conducted by NDTV, the wrestler had opined that it was during his training at the SAI centre, Sonepat, after returning from Bulgaria, that someone contaminated his food supplements and water with the steroid in question. He had also lodged a complaint regarding the same at Samalkha police station, near Panipat. An FIR against the alleged culprit may be filed today.

Meanwhile, Yadav is waiting for a final hearing by NADA scheduled today. He stands by his statement that he is a responsible athlete and has a fair understanding of India’s expectations from him. He would never dream of betraying the trust of his countrymen. “I take pride in the fact that I have competed in every competition, international and domestic, in an honest, fair and transparent manner and I will continue to do so,” Yadav is reported to have said. He also regrets having trained at Sonepat instead of in Mumbai since that would have averted the hot soup into which he has landed.

The Logical Indian team hopes that the trial for ascertaining the “foul play” against Yadav is conducted in a fair, transparent and speedy manner so that if Yadav is found to be not guilty, he may still have a chance to represent India in the Rio Olympics. We trust the jury and patiently wait for the final sentence by NADA.