Ritu Rani: A Much Desired Comeback In The Indian Women's Hockey Team 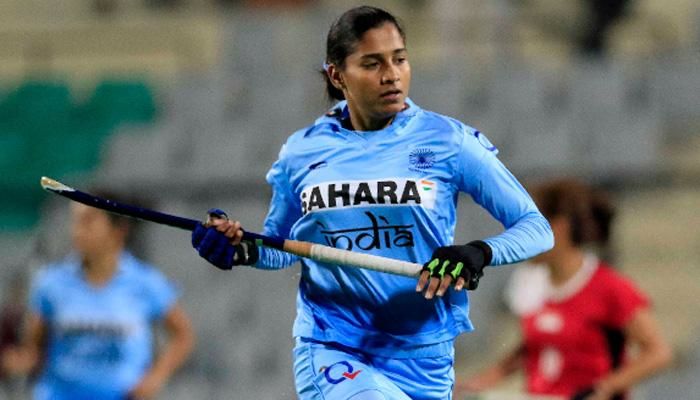 It took them almost four decades to make this dream come true. It was also the first time through a qualification system. The Indian Women’s Hockey team had qualified for the 2016 Rio Olympics, a feat achieved only after 1980.

Reaching this point needed a remarkable amount of time and focus, and the then skipper Ritu Rani, along with the team, was determined to put up a good show on the international grounds. But ten months later, which turned out to be a big blow with just a month to go for the grand event, the Indian Hockey world experienced something which they would never have thought of. Ritu Rani, who led the team to qualify for the Rio games, was dropped from the 16-member Olympic team squad. The authorities blamed her poor form and attitude. She tried to gain her position back but never got any proper response. It is every sportsperson’s dream to represent his or her country in the world’s biggest sporting event. For them, getting a chance to participate in the Olympics is an apogee of their career so far. And this opportunity has to be earned. Qualifying for the main event is not a cake walk. Players plan their training agenda years in advance and put in intense, rigorous practice throughout. Be it an individual or a team sport, they immerse their lives into it and are always ready to face the potential challenges. They toil relentlessly to be ‘Faster, Higher and Stronger’. At times it also takes a toll on the athletes, both physically and mentally. But despite all of this, Ritu was denied the opportunity she had earned to live a dream.

Hugely disappointed, the most experienced player in the team officially retired from the sport at 24. Imagine ten years of commitment, dedication and determination going for a toss. When she threw her everything into it, did she deserve this? Eight months later today, Ritu is back to the team. She had only just retired when the former India, and current Austria, coach Cedric D’Souza invited her to train and play for a few weeks at Vienna-based club SV Arminen. That is when she realised that hockey runs in her blood and is inseparable. She chose to withdraw from her retirement, and Hockey India backed this decision. After playing a few domestic tournaments, the former captain found a place in the Indian national team when she was included in the squad that will be sent to play the Hockey World League (HWL) Round 2 in Vancouver next month. She has also shown remarkable performance in the India – Belarus Test series which took place in Bhopal earlier this month. India won the series 5-0 which was a warm-up tournament ahead of their HWL Round 2. Her returning to the team, which had progressed rapidly under her captaincy, will boost it’s confidence. With her being by their side, they are determined to ensure the team’s fortune in the HWL Round 2 to qualify for the semi-finals and work on their world ranking.

Ritu has always had an encouraging support from her family. Despite the massive humiliation, she chose to return to the Indian Women’s Hockey team when they needed her. This shows that she has always been playing for the nation. She has always proven her mettle and so she will in the days to come. Ritu is a treasure we cannot afford to lose again. And we also cannot wait to experience the proud moments this happy reunion will get to us! All the best, Team!