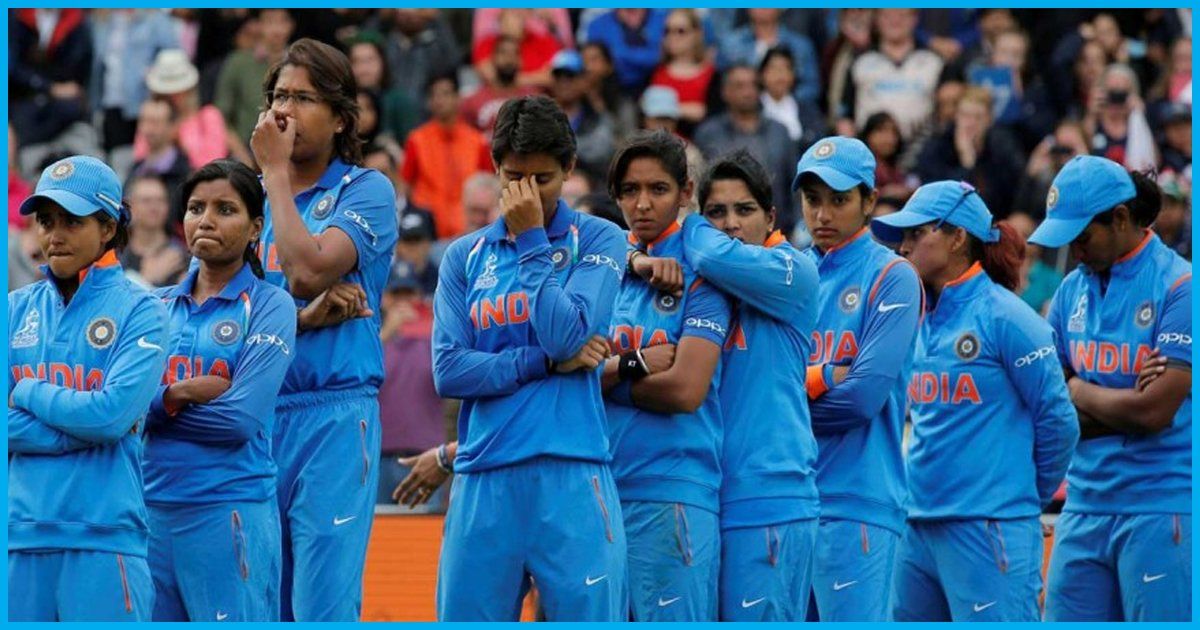 To invest before or reward after, that is the question

On July 23, the “other” cricket team of India took to the field with the hopes of an entire country resting on their shoulders. Before they had started what would turn out to be a memorable run in the tournament, the cricket audience of India had no expectations of the team at all. Despite a record amount of broadcast of the tournament back home, support for the Women’s Cricket team of India came pouring only when the team had already defeated some major opponents. For the girls representing the country in England, it was a mammoth task to just get their home country to notice them.

Chalk it up to the brilliant performance of the Indian team but the general public is widely hailing India’s fantastic run at the World Cup as a beginning of a cricketing revolution. Oftentimes, by the masses and several prominent entities alike, a lot of dissatisfaction has been expressed over the dominance of the Men’s Cricket Team over the sporting culture of the country. The principal argument in support of this cricketing boom was that the men’s team garnered so much attention and limelight precisely because of their impactful performances on various international stages. Revenue and financial sponsorships are freely available mostly because the Men’s team are marketed properly. This is the sad reality of the commercialisation of sports in the country.

However, we are left with no excuses now. As much as one uses the lack of laurels to justify the neglect of most sports in the country, that same logic cannot be applied to the women’s cricket team anymore. With a single fell swoop, Mithali Raj and Co. have successfully silenced all critics and managed to turn the glare of the limelight towards themselves for once. Consequently, we have state leaders and sporting legends consecutively lining up to offer their congratulations to the team. Yesterday, Railway Minister Suresh Prabhu announced a Rs 1.30 crore cash reward for the 10 members of the Indian team affiliated with the Railways team. Additionally, an out of turn promotion for Captain Mithali Raj and Harmanpreet Kaur was also cited as a primary part of the agenda. Earlier, the BCCI had announced a reward of Rs 50 lakh to all the members of the team, with 25 lakh being awarded to all members of the support staff.

The Chief Minister of Punjab announced a reward of Rs 5 lakhs for Harmanpreet Kaur and even offered her the much-celebrated position of a DSP. Taking the cue from this, Madhya Pradesh Chief Minister Shivraj Singh Chauhan was not one to be left behind. A reward of 50 lakhs to individual members of the team was subsequently announced by his government. Individual achievements received similar adulation from their concerned states as Jhulan Goswami is slated for a 10 lakh reward by the Cricket Association of Bengal.

Appreciated everywhere except at home…

On the other hand, we have the pitiful gratitude shown to the captain herself before the World Cup run. Mithali Raj and her family have been struggling for the past eleven years to get possession of a piece of land that was promised to her family by the erstwhile government under the late YSR Reddy.

In a country that does not hesitate to overhype and pay attention to the various ups and downs and ego clashes within the men’s cricket team, the women playing the same sport had to fight tooth and nail to gather even a small percentage of that kind of respect and fan following. And even when the girls became the center of attention, it was viewed through the patriarchal structure of the male gaze. When Smriti Mandhana scored her century against the team from West Indies, the focus was more on her looks than on her achievement. It took some time for the audience to even come out of the cushy misogynistic space and stop objectifying the women who were out representing the country.

The “gentleman’s game”, once considered the turf of the colonial elite, now has new ambassadors. Apart from socially difficult issues that have plagued most members of the team, one must not forget the shoddy implementation of policies by the BCCI that have further accentuated their struggles. The lack of support from their own Control Board is a glaring defect in the otherwise shiny spectacle of their World Cup performance. In 2006, the Women’s Cricket Association of India was merged with the BCCI with the intention of roping in better funding and exposure for the women’s team too. Needless to say, all those shows of good intentions fell flat as the women played only 5 Test Matches in 10 years. It is unclear as to whether the BCCI considered the women’s team an unworthy investment but right from day 1, there was a lack of a cohesive infrastructure when it came to building up a competitive squad. It is also quite evident that there is a lack of employment when it comes to women taking up the sport. 10 players from the team are employed by the Railways which shows the complete deficit of a stable source of earnings for these international sportspersons.

Couple these circumstances with the healthy doses of sexism that the girls have been a brunt of and it is a wonder as to how they managed to come so far. With so much outpouring of cash for Team India now, one wonders where the team would have been today had this much cash flowed into the game before the girls had to prove themselves on the international stage.