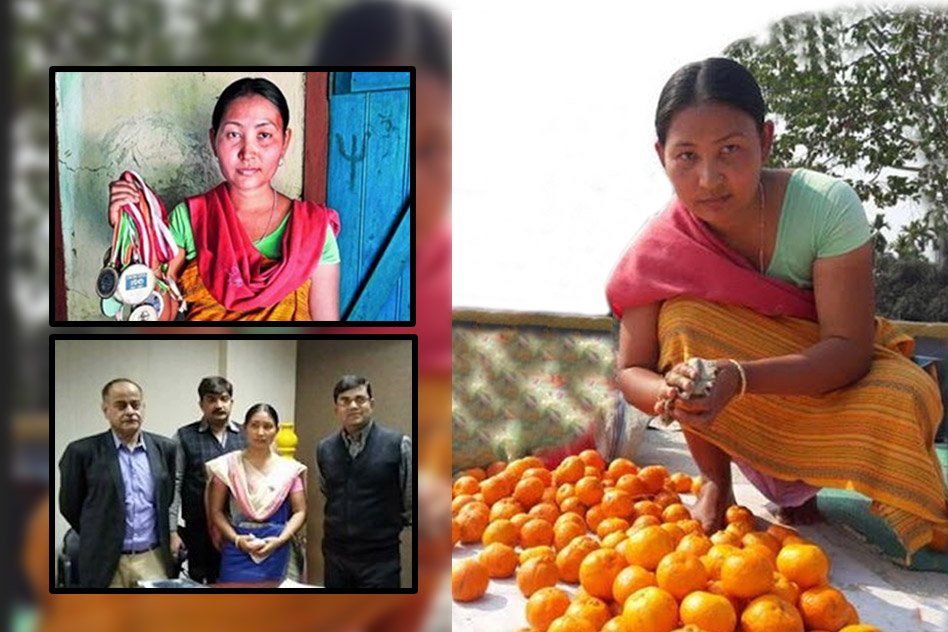 Thanks to media, gold medalist archer found selling oranges on highway, now gets a job.

Buli Basumatary, from Chirang district in Assam, who shot to fame in the world of archery with a gold in a 50-metre event in the National Senior Archery Championship and trained at the Sports Authority of India, was recently in news in the media when she was spotted selling fruits on the roadside. The story caught much attention and the eye of the authorities which helped Buli get a Job.

Buli suffered injuries in 2010, which ended her tryst with the world of sports. With no financial support given to her by the government or any sports authority, her dream to pursue archery came to halt. After marrying a labourer and a mother of two, finances took a toll on her and she was seen selling oranges on the NH 31 Highway.

The 28-year-old, who claimed her medals are her biggest assets, was training budding archers at Sidli-Koshikotra Higher Secondary school. Buli said she can still succeed as a professional archer if she got some support from the Assam Government and Bodo Territorial Council.

Following this, Buli has been appointed as the Archery coach at Saruhojai starting from next week. On February 8th, she met the honourable sports minister of Assam Naba Kumar Doley in Guwahati who did the needful.

Buli won two gold medals and one silver in the National sub-junior Archery Championship 2014 in Rajasthan. In Maharashtra too, Buli won a gold and silver. She secured a silver medal in the 28th National Archery Championship 2008 in the team event in Jamshedpur. With various states and regional awards that were bestowed upon her, she always believed her medals could help her get a government job.

Media once again played its part in saving a dying sports person by giving them the status they rightfully deserve. We hope she finds this opportunity as the support that she seeks to continue her passion.