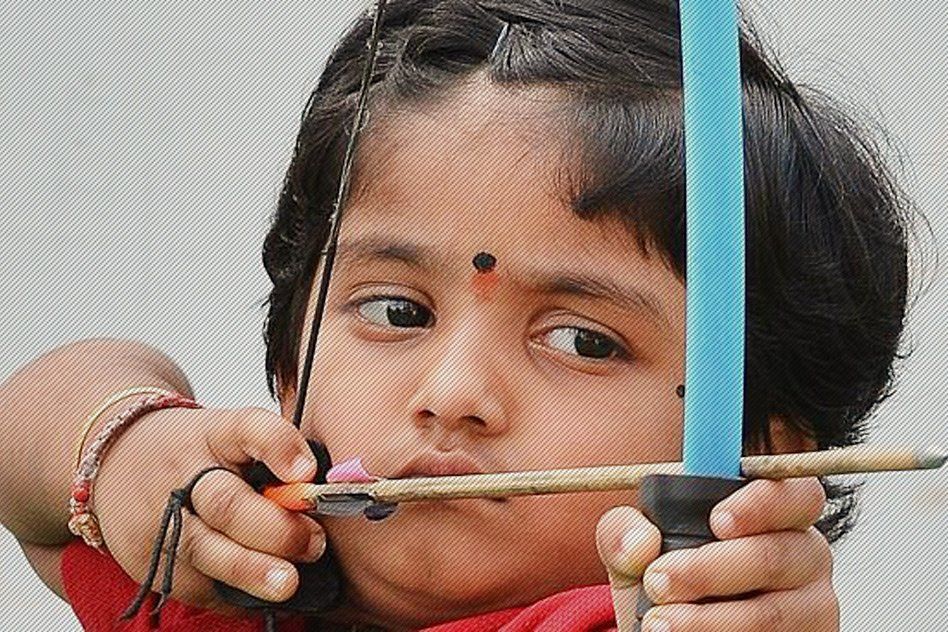 On Tuesday — nine days before her third birthday — Dolly Shivani Cherukuri became the youngest Indian to score 200 points over five and seven-metre distances according to Biswaroop Roy Chowdhury of the India Book of Records.

“She has become the youngest in the country to achieve the feat,” Mr Chowdhury said from the southern state of Andhra Pradesh, where the successful record attempt was made.

“It’s a record which will be difficult to break.”

Dolly’s parents said they had arrows specially made for her out of carbon when she was first learning the sport to ensure she could carry them.