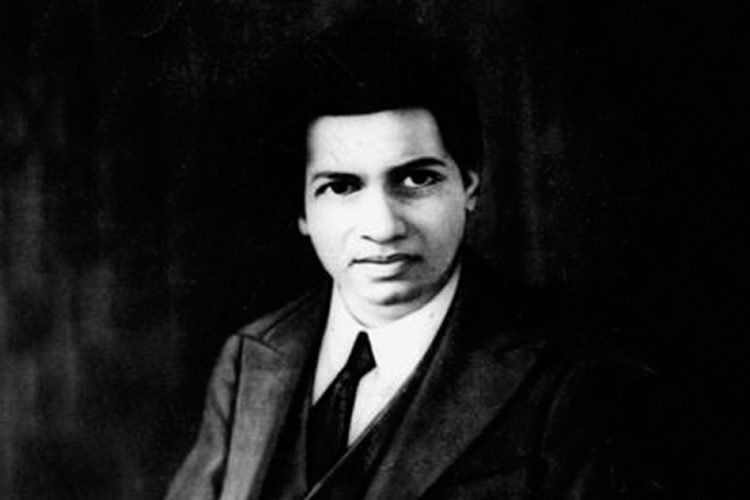 Know About Srinivasa Ramanujan, "The Man Who Knew Infinity", On His 97th Death Anniversary

Ramanujan is widely regarded as one of the greatest mathematicians the world has ever seen. With no formal training in mathematics, Ramanujan made extraordinary contributions to mathematical analysis, number theory, infinite series, and continued fractions. His findings continue to inspire a vast amount of research even today.

Born in Erode, Tamil Nadu, Ramanujan exhibited extraordinary brilliance at a very early age. By the age of 13, he had started discovering sophisticated theorems on his own, and by 14 he was receiving merit certificates and academic awards.

However, Ramanujan eventually quit college without a degree as he excelled only in mathematics but performed very poorly in other subjects. He pursued independent research in mathematics and lived in extreme poverty. Years later, he managed to get a clerical job and pursued his research in his spare time.

In 1913, Ramanujan sent his work to noted mathematician G. H. Hardy. Hardy was astounded by Ramanujan’s work and planned on bringing him to Cambridge. Meanwhile, as a result of all the foreign endorsements, the Board of Studies in Mathematics granted Ramanujan a research scholarship at the University of Madras.

In March 1914, Ramanujan set sail for England and spent nearly 5 years in Cambridge collaborating with Hardy and Littlewood. He was awarded a Bachelor of Science degree by research in 1916. In 1917, he was elected to the London Mathematical Society. In 1918, he became a Fellow of the Royal Society and a Fellow of Trinity College, Cambridge.

Unfortunately, Ramanujan’s entire life was marked with health problems. He was diagnosed with tuberculosis and severe vitamin deficiency in England, following which he returned to India in 1919 and died soon after at a young age of 32.

In his short life of 32 years, Ramanujan made countless contributions in the field of mathematics. He independently compiled nearly 3,900 results, of which nearly all were proven correct. He discovered several concepts such as Landau–Ramanujan constant, mock theta functions, Ramanujan conjecture, Ramanujan prime, Ramanujan–Soldner constant, Ramanujan theta function, Ramanujan’s sum, Rogers–Ramanujan identities and the Ramanujan’s master theorem. All his discoveries have inspired vast amount of further research. The Ramanujan Journal, an international publication, was launched to publish work in all areas of mathematics influenced by his work.

The Logical Indian humbly applauds the mathematical legend on his 128th birth anniversary. We hope Ramanujan’s legacy will continue to inspire several generations to come.