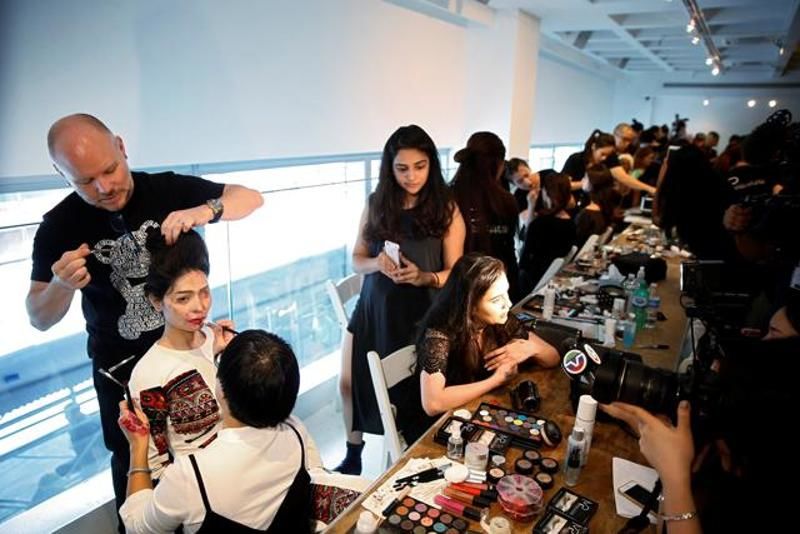 19-year-old Reshma Quereshi, whose face got disfigured in an acid attack is now changing the perceptions of everyone by dazzling the ramp at the New York Fashion Week on Thursday. This initiative was an attempt to put a ban on the sale of corrosive substances that is a subject of woe for many women and children around the world. Donning a floral floor-length gown by designer Archana Kochhar she opened the FTL Moda show on the first day of the fashion week. Reshma’s story is an inspiring one. Her cause was supported by Make Love Not Scars, a group that helps acid attack survivor and The Logical Indian. She hopes her participation in the fashion week would send a powerful message to other acid attack survivors. In India, an estimated 500 to 1,000 attacks take place each year, and while they rarely kill but they leave severe physical, psychological and social scars that can see victims ostracised and hidden away.

Most of these attacks come from jilted husbands and rejected suitors. Reshma, who is from Mumbai, was attacked in May 2014 by her sister’s estranged husband and his friends. Since then she has become a face of the campaign seeking to end the sale of acid. The FTL Moda is a fashion production company committed to challenging industry stereotypes of beauty. The feature models with disabilities, in wheelchairs, on crutches and amputees. The Logical Indian has always been vocal about and supportive of the cause against the acid attack. We took her cause from the very beginning and we are still helping her in her campaign. It is not only a proud moment for her, but also for The Logical Indian community , Make Love Not Scars and for India.

We congratulate Reshma for making it big. Way to go girl!