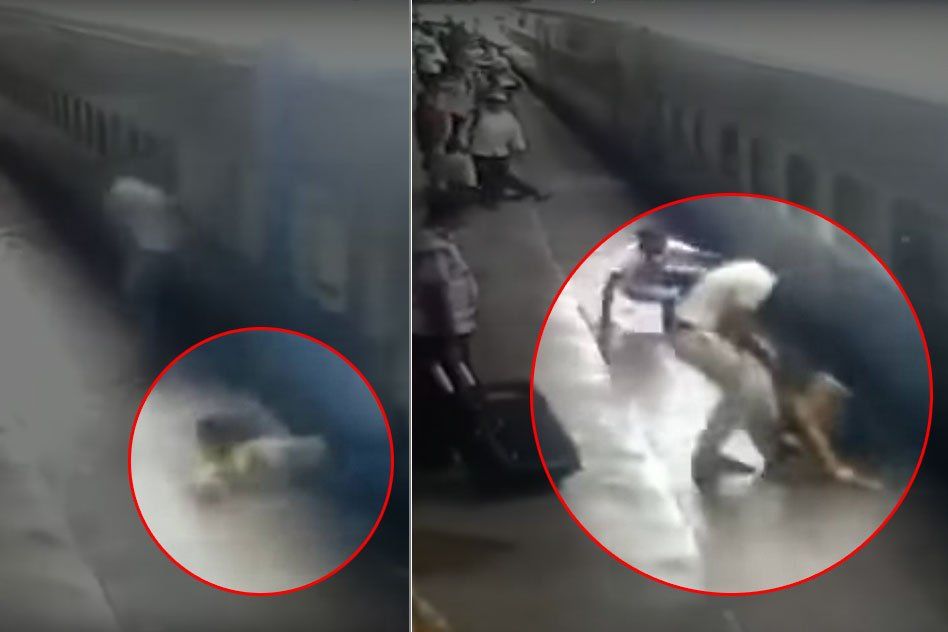 Video: Police Constable Rescues Woman Who Fell Off From Train And Got Stuck In Platform Gap At Lonavala

Police rescued woman passenger at Lonavala Station in Maharashtra and miraculously averted a major train scare on Monday as she fell off the train and got stuck in the platform gap. A video of the incident is captured on the station’s CCTV.

In the video, the woman can be seen losing her balance while trying to jump off the train while it was leaving the platform. Unable to manage her dupatta, the lady falls off the train and gets stuck in the gap between the platform and the moving train. Fortunately, a Maharashtra Police constable, Pawan Tayde, came to her rescue and dragged her up within a moment. She was safely rescued.

The incident took place during the early hours of Monday when the Kakinada Express, travelling from Pune to Mumbai, was leaving Lonavala train station.