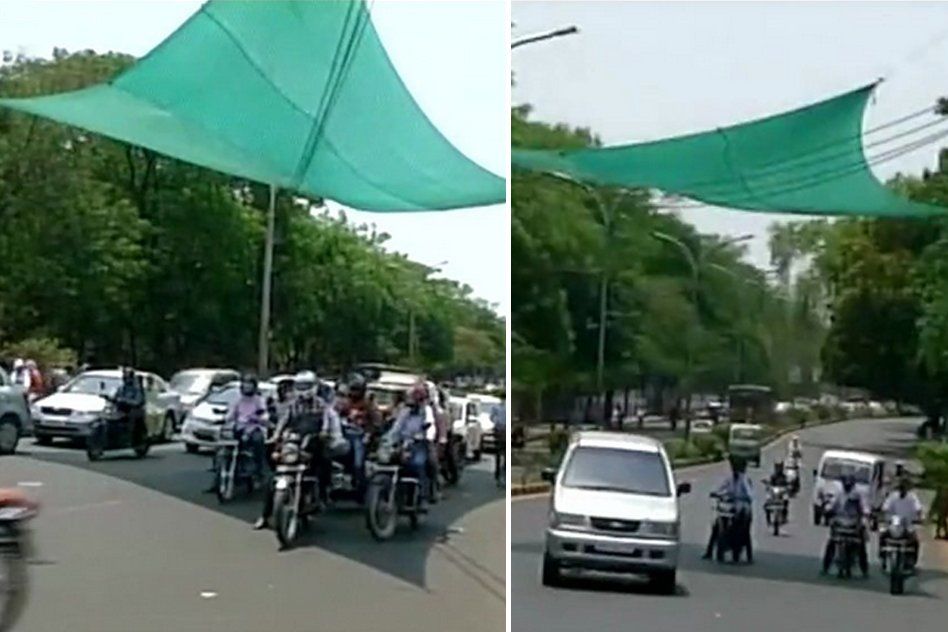 Maharashtra is reeling under severe heat conditions this year. The scorching sun rays are becoming unbearable for everyone who needs to go out of their home, particularly the two-wheeler riders.

To bring some relief to them, authorities in Nagpur have installed tarpaulin covers at traffic signals, so that commuters can temporarily rest under the shade when the signal is red, according to ANI. Nagpur’s temperature has been as high as 44 degrees Celsius during April and it is likely to increase in the coming summer months.

This move has been welcomed by the commuters as they are getting some respite from the heat. Besides, it is also giving an additional benefit. As the shades have been installed, people are following traffic rules and while taking shelter, instead of jumping signals.

The Logical Indian appreciates the efforts of Nagpur authorities to help the commuters beat the heat. We urge other administrative bodies in different cities of India that is dealing with such heat problems, to come up with innovative ideas like this to give people some respite.