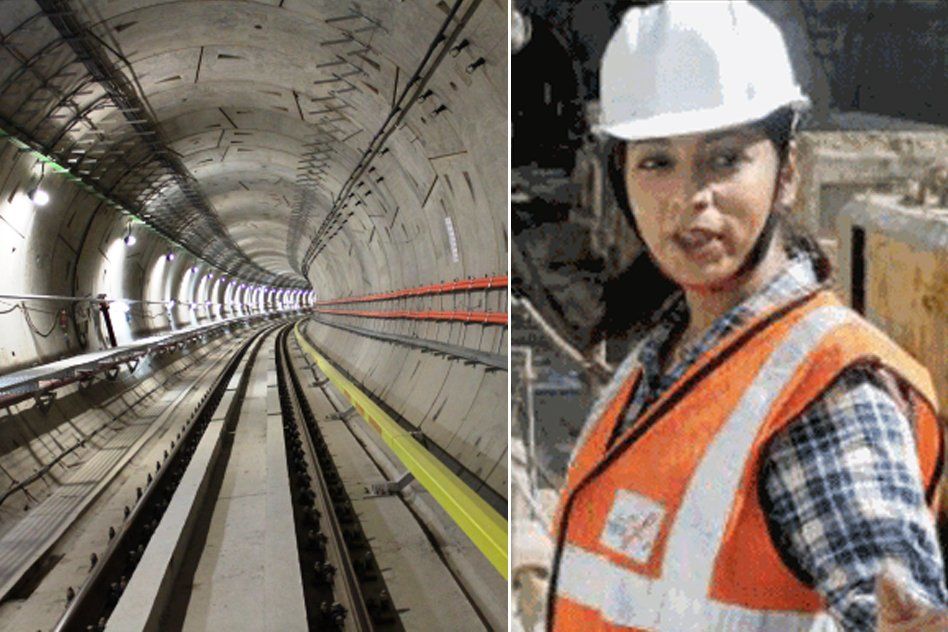 From being dismissed as a visitor on the first day of her job at the construction site of Delhi metro, to single-handedly steering Godavari, the tunnel boring machine that was used to finish boring underground from Sampige Road to Majestic in Bangalore, Annie Roy, India’s first and only female tunnel engineer has come a long way.

When she had first started working with the Delhi metro among 100 men, no toilets, debris all around, no place to sit, everyone assumed she wouldn’t last long in this male dominated field.
Coming from a middle lass family in North Kolkata, Annie Roy wanted to pursue her masters after studying mechanical engineering from Nagpur University. But she lost her father and needed to take up a job to support her family. In October 2007, she took a job offered by Senbo, a contractor with Delhi Metro. She joined Chennai Metro in 2009 and then went to Doha in 2014 for six months. In May 2015, she joined Bangalore Metro Rail Corporation (BMRC). She alone steered Godavari, the tunnel boring machine that finished boring underground recently. She calls it her tunnel, because the machine had just got damaged when she had joined as an assistant engineer — after which she used to spend 8 hours in that tunnel.

Even when she had to go to Doha for a job, her visa application was rejected thrice by Qatar because they do not allow unmarried women to go and work there but she fought her way out the fourth time.
Her advice to women in the country is that they should break stereotypes and work in more such professions.

The Logical Indian community applauds her for being an inspiration for women across the country.