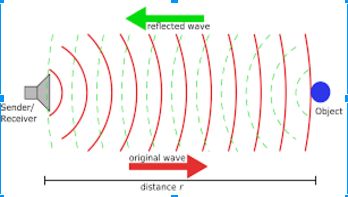 Arunachal Pradesh: A Class 11 Student Develops A Goggle To Help The Visually Impaired

In a bid to make the lives of the visually impaired easier, Anang Tadar, a class-11 student of the New Galaxy Academy, Nirjuli, has developed an innovative device called the G4B (Goggle for the blind).

The device is based on the same principle of echolocation used by bats for navigation. Anang’s invention was adjudged the most innovative award in the recently concluded Regional Level Science Festival at the Regional Science centre in Guwahati and was awarded the Dinanath Pandey Smart Idea Innovation Award.

The National Innovation Foundation (NIF) and the United Nations International Children’s Emergency Fund (UNICEF), impressed by the feat, are willing to launch the G4B in the market and have asked Anang to create a few prototypes to test on blind people.

The Arunachal Pradesh government has assured all financial support to him to improve upon his innovation, to make it easier to handle, and to produce it on a large scale. When asked by The Logical Indian about his motivation behind G4B, Anang said, “The idea of developing G4B came to my mind when I met a blind woman one day while going home by auto. She sat right beside me. My entire journey back home, I was wondering how it feels to be blind. I imagined myself in her place and thought about how it feels to lose one’s sight or to be born blind. That day I noticed everything around me – the electrical pole, signboards, parked cars and people walking. I felt that everything is an obstacle for the blind as they can’t see these things and avoid them while walking. So I thought I would make something to help them move around with ease. The idea of echolocation used by bats came in my mind. Bats don’t use their eyes for navigating around in their environment.” Talking about his future plans he added, “I want to change the world by changing the technology people are using and developing eco-friendly devices and machines. Also, I want to work for the development of the technology in my state (Arunachal Pradesh). I want people to live in a cleaner environment and use healthier technologies. When I see disabled people, I try to think in what ways can they have a better life. I never aim for getting a degree or a job. But I really want to work in the R&D department of the Indian military. I want to advance our nation’s technology so that India doesn’t stand inferior to other nations. Like APJ Abdul Kalam said, power respects power.” The Logical Indian community appreciates the innovative work done by Anang which gives a new ray of hope to those who are visually impaired. We wish Anang all the best for his future endeavours and hope more of today’s youth come up with new ideas to help the people of this country.