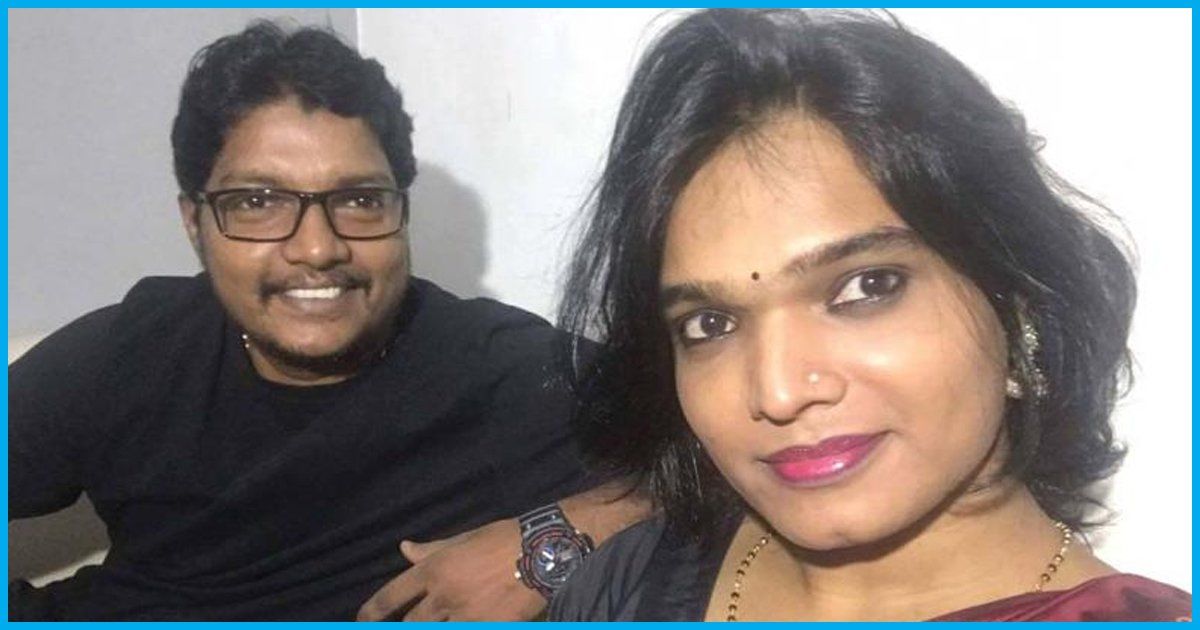 In A First, Two Transgenders In India To Be Married

A couple who were born as different genders and underwent a sex change have decided to tie the knot. 46-year-old, Aarav Appukuttan, who was born as Bindu, is getting married to 22-year-old Sukanyeah Krishnan, who was born as Chandu in September this year.

As reported by Deccan Chronicle, the couple met by chance at a hospital in Mumbai, where they had gone for gender reassignment procedure. Sukanyeah was there for her first appointment. “We are India’s first complete transgender couple, and we are happy,” she said adding that she is so excited to announce that their friends and family members are finally behind them.

When both fell in love

The three-hour-long wait for the doctor gave them time to get to know each other. Sukanyeah, an IT freelancer, was speaking on the phone at the Mumbai clinic in Malayalam when Aarav, who is a tour manager in West Asia, overheard parts of the conversation. Both enjoyed each other’s company and conversation, and as a result, they exchanged their phone numbers. When the two got talking, a bond of friendship and understanding grew.

It all began with their common medical experiences and their motherland, what brought both of them closer was their desire to help others like them. The couple is looking forward to establishing an organisation to help people undergo sex change surgeries and so that they can also live a better life. Besides this, they are planning to start counselling programmes with the parents of transgenders.

As per a report by Hindustan Times, Aarav said that when he was 13-years-old, he had long hair and would sit next to the girls in his class but he would get disheartened by his attraction towards them. He revealed his narrative to his mother who later took him to a doctor. The doctor asked Aarav to wait for few more years before opting for treatment, as such problems were likely to happen at the beginning of puberty, owing to hormonal imbalances.

He further added that his identity disorder became more severe when he lost his mother. He knew that he now had to look after his siblings before he could focus on his own problems. “I used to hate my body and wanted to cut it sometimes. But, I had to restrain myself and keep my feelings in check for 45 years. I always behaved like everything was normal,” he said.

Neither of them has had an easy childhood. Sukanyeah has also experienced an identity disorder during her childhood. Her mother took her to a doctor, who started her on male hormone therapy immediately. She said, “With the therapy, my facial and body structure changed. I started developing muscles, my shoulders became broader, and I lost a lot of hair on my head,” adding that no one understood her pain, she fainted owing to the pressure during her Class 10 board exams and had to quit school.

Dr Sanjay Pandey from Kokilaben Dhirubhai Ambani Hospital, Andheri, who operated on the couple said that those who have (Gender Identity Disorder) GID are just as normal and competent as we are. “The only difference is that they feel trapped in the body of a gender they do not want to be. This is psychologically and emotionally tough,” he said, adding that the gender reassignment surgery costs between Rs 18 lakh to Rs 19 lakh in places like Thailand, where it is popular. In India, It costs between Rs 4 lakh to Rs 5 lakh.

The Logical Indian community congratulates the couple for their marriage. Their story is an inspiration for hundreds of transgender people in India who are struggling with gender identity.