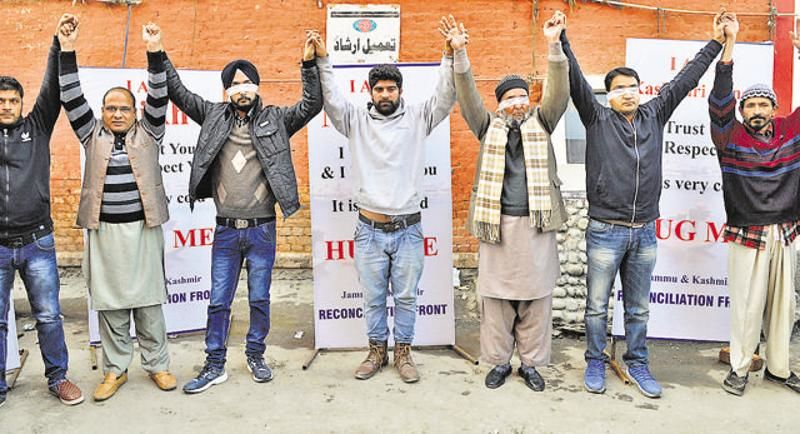 Blindfolded Kashmiri Pandit Hugs It Out To Promote Brotherhood In Valley

Inspired by a Muslim who stood blindfolded after Paris blasts, a Kashmiri Pandit stood blindfolded in the heart of the city, inviting people to hug him to exhibit brotherhood between various communities in Srinagar.

Sandeep Mawa, a doctor by profession, stood at Press Colony asking people to hug him.

Mawa was accompanied by members from Sikh and Muslim community, who embraced people irrespective of their religion to send a message of tolerance Mawa sent a strong message when he said all humans were alike and intolerance should not take place. The basic aim of the campaign is to promote universal brotherhood, interfaith dialogue, tolerance, and also build bridges between people of different communities within the state.

Mawa said he did not want any politicians or agencies to divide people on the basis of religion and the kashmiriyat won’t be harmed.