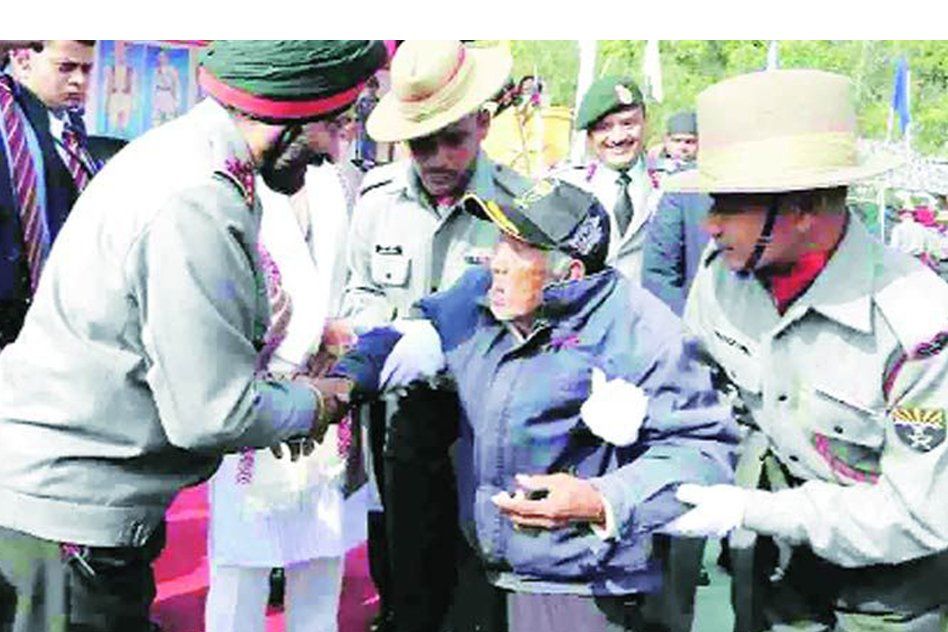 At The Age Of 106, An Ex-Army Man A True Heritage Hero

Once an army man, always an army man. At the age of 106, Saolet Haokip travelled 90 km from his village in Manipur to the state capital Imphal.

The reason behind such an incredible decision:

The army veteran’s determination and desire to attend the ex-servicemen’s rally. As a member of Subhash Chandra Bose’s Indian National Army, Haokip fought the Second World War against the Allies across various regions of British India and was in service for about five years. Having travelled with Netaji during his Manipur expedition, Haokip has been called a heritage hero.

The journey Haokip took would prove hectic even for someone much younger than his 106 years. His journey started from his village in Changjal by painstakingly riding pillion on his grand-nephews bike for the first 15 km.

The next 30 km from Chandel to Kakching were covered in a shared taxi, till he finally reached the last leg of his trip, reaching Imphal in a vehicle provided by Assam Rifles. While many are surprised at the sheer courage and agility of the man to have undertaken such a tedious journey at his age, Haokip shrugs it off as he was intent on meeting members of the fraternity.

The rally is the biggest of its kind in the state. Attended by over 1000 veterans, the rally included World War II survivors, Assam Rifles veterans and widows and children of several others. Haokip has once again shown us the indomitable spirit of our army, going out of his way to participate in the rally.