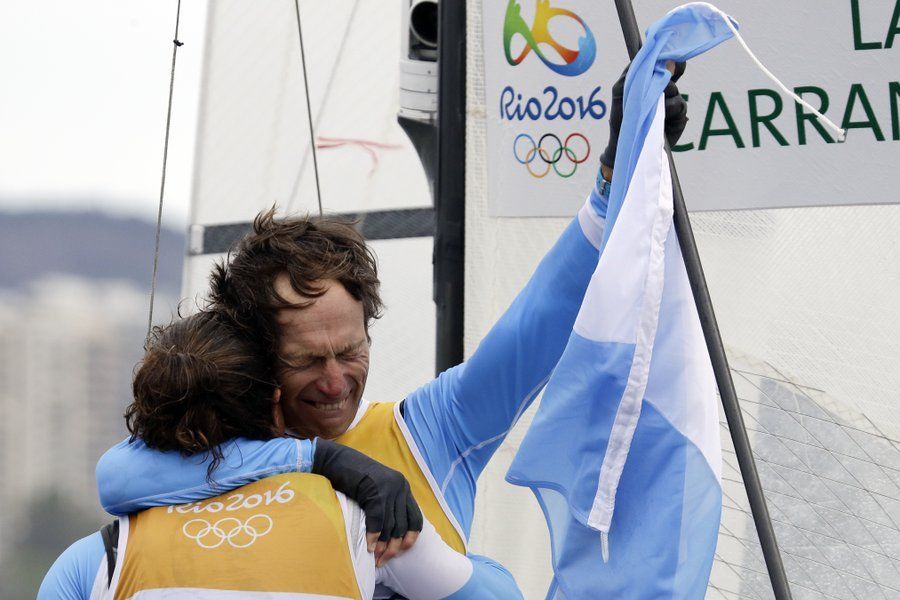 54-year-old Santiago Lange from Argentina couldn’t stop his tears after he clinched the gold medal at the 2016 Rio Olympics in the Nacra 17 mixed catamaran class on Tuesday with his crewmember Cecilia Carranza Saroli. Lange is till now the oldest person to win a medal in this Olympics. It is the first gold medal for six-time Olympian Lange, who is also a lung cancer survivor. He was diagnosed last year and had his left lung removed. He believes he owes his early diagnosis to playing sport.

Elated with his first yellow medal, Lange jumped off the podium and ran over to hug his sons. He is also a two-time bronze medalist in the discontinued Tornado catamaran class.

Lange and Saroli won the gold after finishing sixth in the medal race. They won the gold by just one point over Jason Waterhouse and Lisa Darmanin of Australia.