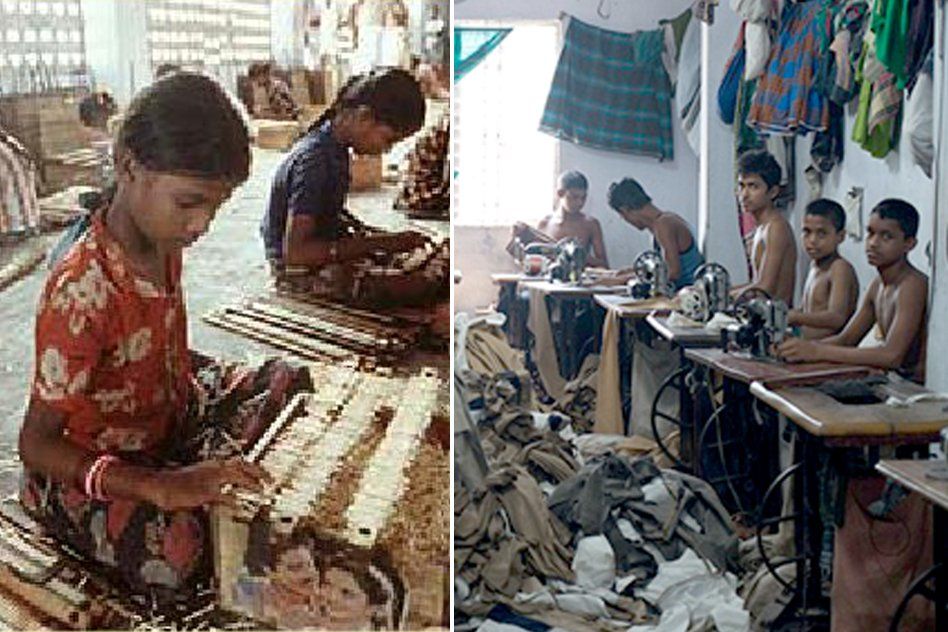 [Update: Two unidentified men attacked her yesterday and she is now admitted to a local hospital with injuries on her forehead, arms and legs.We hope she recovers soon.]

22-year-old Jharna Joshi, a BBA student from Ahmedabad conducted a secret operation on her own and rescued 111 child labourers working in one of the biggest ceramic factories in Morbi, Gujarat on Friday.

Such an operation reveals how the people from the government turn their blind eye to such matters of importance.

Among the 111 children whom Jharna rescued, 100 were girls, reported Times Of India.

According to officials, this is the biggest ever child rescue operation ever to haven taken place in Saurashtra region, where there are a lot of industry clusters like ceramic, gold, imitation jewellery, brass etc.

Jharna told The Times of India that she had started to suspect something suspicious when she saw that children were being transported in buses when she went to visit her cousin in Morbi.

A curious Jharna followed these buses and found that they were being taken to a factory.

Understanding the situation, Jharna decided to apply for a job in the factory to find out more about the children. She was offered the work of pasting and designing cups and saucers. After working there for 15 days, she found that most of the children were below 18, and forced to work in difficult and hostile conditions.

The children had to work from 8 am to 6 pm and were not allowed to go outside. Many had to work in high-temperature areas like furnaces without any food or water.

Seeing this, Jharna approached the concerned departments but did not get any response. Finally, she wrote to the office of Chief Minister and visited Gandhinagar.

The Logical Indian salutes Jharna for her bravery and for conducting such a risky operation. The entire credit goes to her. But a big question remains in front of us, it’s that why a 22-year-old girl had to conduct this operation? Shouldn’t it be the government’s responsibility to look into these matters seriously.