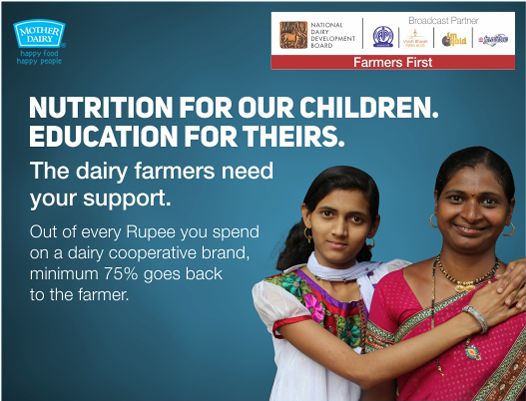 Dr Verghese Kurien, the “Father of the White Revolution”, was born on 26 November 1921. After completing his studies in India and abroad (thanks to a scholarship provided by the government of India), he returned and started working in Anand (Gujarat) in the dairy sector, purely because he had to fulfill his bond that had been signed to receive the scholarship.

But what started as a forced job for Dr Kurien soon became his foremost passion. He realised that dairy farmers were living in poverty despite all their hard work, and he believed that the cooperative model had the potential to lift millions out of poverty. Thus began his efforts to fulfill his dream – to empower the farmers of India.

Dr Kurien was also the founder chairman of the National Dairy Development Board that was set up in 1965 to replicate the Anand success story throughout India. A number of corporations were created under the NDDB, with Mother Dairy being one of the most prominent names.

With his innovative techniques and fearless attitude in the face of bureaucratic interference and competition from major MNCs, he not only built the dairy sector in India, but also created “Operation Flood”, the world’s largest agricultural programme. Through his initiatives and efforts, this great man transformed India from a milk-deficient nation to the world’s largest producer of milk.

Here’s something we came across where Mother Dairy is continuing the campaign by National Dairy Development Board (NDDB) – Farmers First. As the nation celebrates Dr Kurien’s 94th birth anniversary, @Mother Dairy is continuing his legacy of empowering and supporting the farmers through #TweetToFarmer, an initiative that aims to celebrate the contribution of farmers to the nation. Show your appreciation to the farmers by tweeting about how much we respect them with #TweetToFarmer. @Mother Dairy will convey these messages to farmers across India to tell them how much the people care for them. Because, #FarmersFirst!