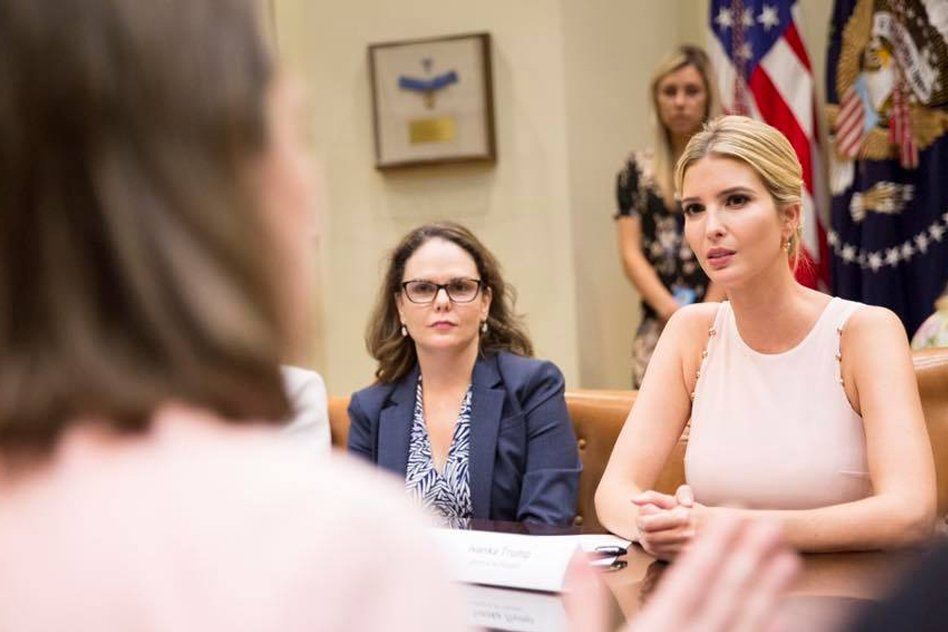 The Global Entrepreneurship Summit 2017, Hyderabad, witnessed the first daughter of the United States of America, Ivanka Trump, to speak on the theme of the event “Women first, Prosperity for all” – raising critical responses regarding the labour rights violation in factories under her name.

Ivanka Trump is leaving India, but we haven't given up looking for her factories here. Ping us if you know! @drewharwell @mateagold pic.twitter.com/WjDZLqm61U

Do you have workforce development skills training in your Indian factories where workers make less than five dollars a day? https://t.co/OZ1caVdPf6

Ivana Marie Trump, who led the American delegation in the eighth annual GES, said, “I am proud to say that for the first time ever, women make up the majority of the 1,500 entrepreneurs selected to attend this summit.” In the keynote speech on November 28, she also added, “Only when women are empowered to thrive, will our families, our economies and our societies reach their fullest potential,” calling the theme “the key to our future”.

The speech drew applause from her father the POTUS and many other officials.

The US ambassador to the UN, Nikki Haley, was “thrilled to see” Ivanka’s promotion of female entrepreneurs. She explains that it signifies supporting “improving workforce development and cutting government red tape.”

Thrilled to see @IvankaTrump in India promoting female entrepreneurs. At home that means improving workforce development & cutting gov't red tape. Globally it means creating an environment where women-across the world-have access to the capital & mentorship they need to succeed. pic.twitter.com/sEb8YY7x44

Criticism was due because of the disturbing reports of labour rights violations in Ivanka’s factories. For a brand that describes its work as “inspiring and empowering women to create the lives they want to live”, the factories deliver poor work conditions, low pay and mistreatment of mostly female worker.

Overall, labour rights violations are reported widely in the press and the company president denies the scale of these happenings. Ivanka, after joining as an assistant to the POTUS, stepped down from the daily management responsibilities, but the label is still hers.

The employees in the factories are severely underpaid, as it is determined that the wages are below their family sustainability wage. They constantly work overtime to meet the deadlines and targets.

Several Indonesian workers complain about regular verbal abuse and Chinese workers see physical violence threats carried out frequently. One Indonesian woman said that the ideal work-life balance for her is seeing her children once a month, and is sadly amused upon hearing Ivanka’s words on women empowerment. The price tags slapped on the clothes make them wonder whether they are being paid without an ounce of morality. Those who cannot meet the target cannot collect their meagre full salary, and it is a normal thing for most because the targets just keep getting impossibly higher, as far as twice the potential output.

The management fires and rehires people minding the religious holiday gaps to avoid giving a bonus. Women are encouraged to work during menstruation with a slightly higher salary as an incentive because, for the forever-in-debt poor workers who cannot advocate for their own safety and position, the offers are hard to refuse despite the cost. Anti-union intimidation is also prevalent in Ivanka’s factories.

Writing to Ms Trump, official allegations did not work to reduce the opacity of her organisation. One could surely think she has failed to use her social and political position to address the problems right under her nose.