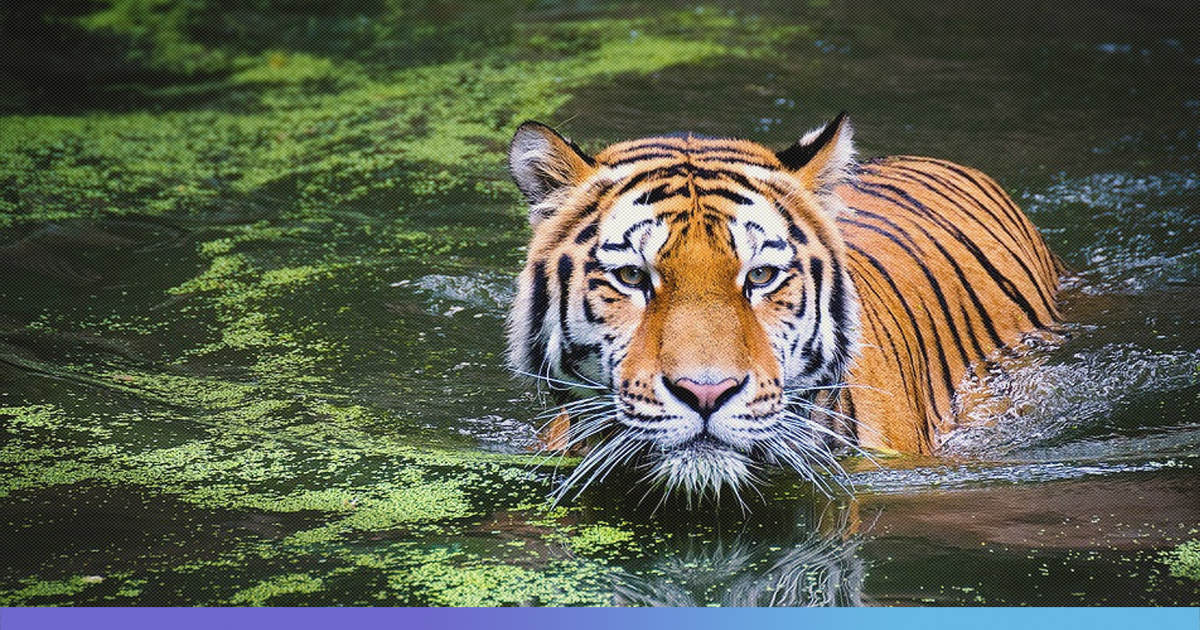 The quest for uranium deposits to meet India’s nuclear power goals has now reached a tiger reserve in Telangana. An expert panel on forests of the Ministry of Environment, Forest and Climate Change (MoEFCC) has recommended in-principle approval for a proposal by the central government’s Department of Atomic Energy (DAE) for survey and exploration of uranium over 83 square kilometres in Telangana’s Amrabad Tiger Reserve.

The proposal was considered by the Forest Advisory Committee (FAC) in its meeting on May 22, 2019. As per the minutes of the meeting, even though the FAC noted that there are “deficiencies in the proposal”, it recommended the project for “in-principle approval” considering that the project is “critical importance from national perspective.”

However, FAC stipulated that the approval is subject to the submission of all required documents and said that after “receipt of the same, the complete proposal may be placed before the competent authority for approval.” Following this, MoEFCC’s Deputy Inspector General of Forests Naresh Kumar wrote to Telangana government on June 19requesting it to “submit the proposal along-with verified relevant documents” for identified boreholes for further consideration by the environment ministry.

In the documents submitted to the FAC for consideration of the proposal, the DAE had stressed that in India uranium metal has become a critical and immediately needed commodity to generate nuclear power and sustain high economic growth while meeting energy demand.

It highlighted that augmenting uranium resources and locating new uranium deposits is needed as the country prepares for a jump towards harnessing electricity through the nuclear route. India has a target of 40,000 megawatts of nuclear power by 2030. Currently, the installed nuclear capacity in India is 6,780 MW.

The DAE, in its documents, explained that in the search for uranium, among various deposit types, “the high grade and large tonnage Proterozoic Unconformity type of uranium deposits are by far, the most attractive.”

“In India, uranium deposit, discovered till now, is either of low grade or of low tonnage or of both low grade and low tonnage. Review of all the areas of ongoing investigations indicates that the northern part of Cuddapah basin in Telangana is the most promising and potential area in the country for locating high grade, large tonnage uranium deposits. Proposed forest land is one of the prime target for exploration of unconformity-related uranium-deposits in India,” the department said.

The proposed area is rich in wildlife

The documents related to the project noted that the area for exploration is rich in biodiversity and is home to species having the highest protection under India’s wildlife laws.

The reports of the local forest officers who inspected the site for the project cautioned that flora and fauna of the area will be adversely affected and wildlife would be disturbed if exploration takes place.

They noted that there are rare, endangered and unique species of fauna in this area and that the area sought is a good habitat for animals like tiger, panther, sloth bear, wild dog, jungle cats, foxes, wolf, pangolin, peafoul, bonnet macaque, pythons, cobra, wild pig, neelgai, spotted deer, sambar and chousingha.

“Exploration also leads to movement of vehicles and people which causes disturbance to wildlife. This investigation and exploration is hazardous to the wildlife and forest wealth in the sanctuary,” the site inspection report had said.

The field director’s report also stressed in some of the areas, tiger movement is noticed and said if “the mining activity is permitted, it will cause habitat fragmentation and disturbance to wildlife resulting in wastage of all efforts made over the years to restore wildlife and improve habitat in the core area (of the tiger reserve).”

The field director’s report also observed that the project has proposed digging of around 4,000 bores for exploration and to drill bores they will be using machines.

“The terrain is mostly hilly and undulating and no existing roads are there. The user agency has claimed that the tree felling will not be there, but in my opinion, the user agency will disturb the existing vegetation in order to take inside the machinery for boring purpose. The vegetation is quite thick and the disturbance to the habitat will be immense even for exploration purpose. The user agency has not spelt out the exact location of the bores thereby making it difficult to appreciate that no trees will be sacrificed in the process,” the field director noted in his report.

The report also stressed that the environmental impact of mining will include erosion, the formation of sinkholes, loss of biodiversity, and contamination of soil, groundwater and surface water by chemicals from mining processes. “Besides creating environmental damage, the contamination resulting from leakage of chemicals also will affect the health of native wildlife. Erosion of mine dumps, and resultant siltation of drainages, creeks will significantly impact the surrounding areas. In these areas of wilderness, mining may cause destruction and disturbance of ecosystems,” the report observed.

However, the pleas and objections of the forest officials fell on deaf ears and the forest panel of India’s environment ministry recommended an in-principle approval for exploration.

Prerna Bindra, a wildlife conservationist and former member of the standing committee of the National Board for Wildlife (NBWL), emphasised in a conversation to Mongabay-India, that, “Tiger forests are carbon sinks, and their destruction makes our people vulnerable to extreme climates, of the kind we are seeing now.”

“Destroying wild habitats is simply a climate atrocity. It is a failure to our commitment to tigers. Wildlife sanctuaries and tiger reserves must be sacrosanct,” Bindra said.

“Like any other developing country, India has the challenge of ensuring conservation with development. Certainly, one is not a drag on the other. Innovative options need to be explored to maintain a balance. But certain areas provide ecosystem services and are the repository of the gene pool as well … We need to safeguard them,” Gopal, who at present is the secretary general of the Global Tiger Forum (GTF), told Mongabay-India.

Tiger reserves are increasingly under siege

At present, India has 50 tiger reserves across the nation which covers around 2.21 percent of its total geographical area. In 1973, India had launched Project Tiger, a conservation programme to protect the tiger (Panthera tigris), which is also India’s national animal. India has 2,226 tigers as per the last estimation and with about 60 percent of the global population of tiger, an endangered animal, the country is considered a world leader in tiger conservation.

But tiger reserves and tiger corridors have been increasingly under threat from development projects. For instance, in the past few years, several major projects, which involve the area of tiger reserves, have been approved by the MoEFCC. For instance, a significant area of Panna Tiger Reserve in Madhya Pradesh was approved for diversion for Ken-Betwa river interlinking project and diversion of forest area from Palamu Tiger reserve was approved for North Koel dam in Jharkhand.

“Being the national animal, protecting the tiger is our national priority and the government is committed to its protection. But that commitment has little meaning if tiger reserve and habitats, which cover just about two percent of India, are being diverted for infrastructure and developmental projects,” Prerna Bindra told Mongabay-India.

“Diversion of land from tiger reserves is being pushed even from high profile tiger reserves like Panna and Corbett, and other important ones like Palamu (Jharkhand) and Kawal. These projects are destroying core critical tiger habitats, fragmenting the reserves. The diversion of land from tiger reserves is a betrayal to the sacrifice of forest staff for reviving tiger population and of the communities who have been voluntarily relocated from those areas as well,” Bindra said.

“To me, this smacks of lack of commitment; if we continue to destroy tiger habitats and fragile tiger corridors then we are writing the tiger off. India takes pride in its conservation achievements, and is globally a leader in tiger protection, and now what is the message that authorities want to convey?” Bindra questioned.

This article was originally published in Mongabay on 5th July 2019