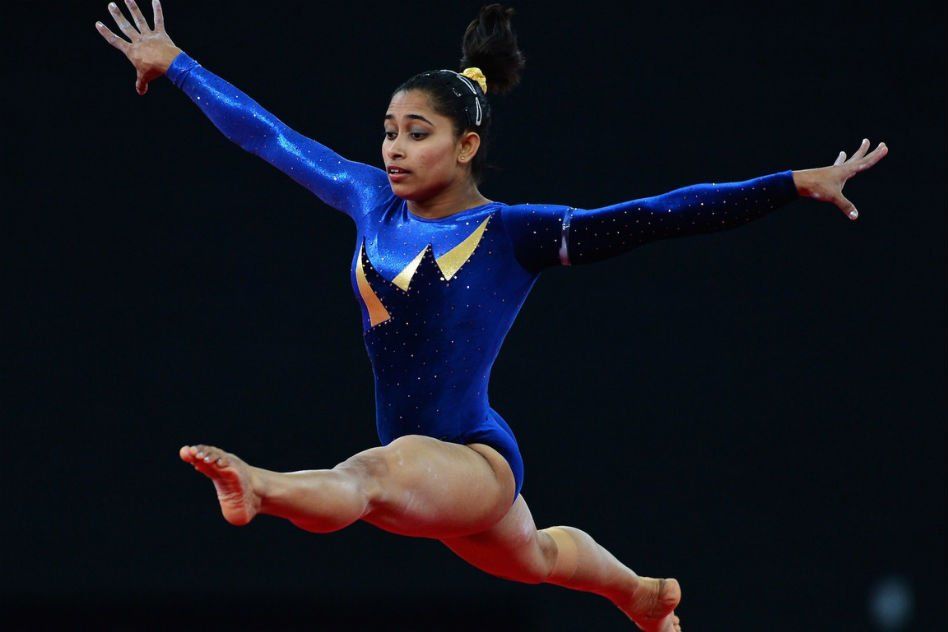 Flexibility, strength, and focus is what a gymnast derives at the end of their beautiful journey. This sport has in it a “Beautiful Expression” which mesmerizes the audience.
Originally started as a military exercise gymnastics has its origin in Ancient Greece. The word comes from “gymnazein” literally means to exercise naked.

Ashish Kumar won a bronze at 2010 commonwealth games is the first sportsmen from India in the field. India had no equipment’s for training and the player had to be trained on the hard floor. In 2010 the equipment’s that were procured afterward were 20 years’ old.

Dipa Karmarkar won a bronze medal at 2014 Commonwealth Games, she was the first female to win a medal.

She was born in Agartala, Tripura on August 9th 1993. She had flat foot which can affect the springs in the jumps but she pushed her limits to join the sports.

Her first medal was in 2007 at Junior Nationals Jalpaiguri. Now she has 77 medals out of which 67 are gold and these include state, national and international championships.

She is also the first Indian gymnast to qualify for Olympics after a long time of 52 years.