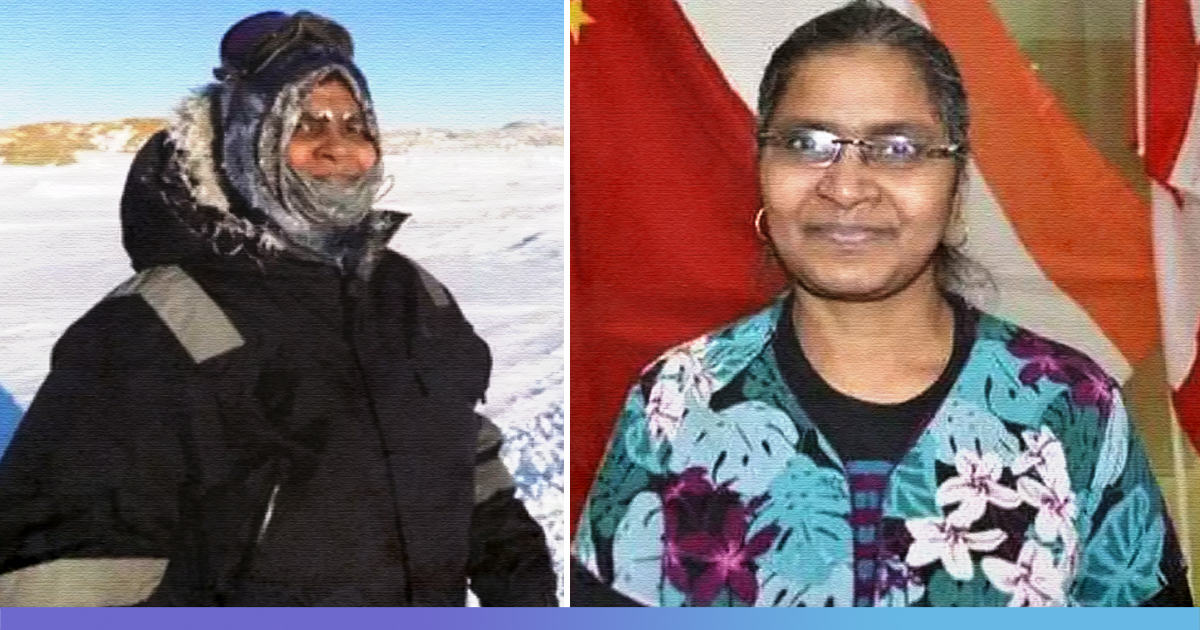 History Made! Mangala Mani Becomes The First Indian Woman Scientist To Live In Antarctica For 403 Days

Mangala Mani from the Indian Space Research Organisation (ISRO), is the first woman scientist to spend 403 days in Antarctica. She has forged history with this achievement.

She was part of an expedition team which went to Bharati – India’s research station in Antarctica – in November 2016.

Antarctica, home to inhospitable and ruthless weather conditions, Mani informed that it was a challenge to work there as the climate was very harsh. “We used to be very careful while going out of our climate-controlled research station. We had to wear polar clothing and even 2 or 3 hours in the cold were too severe to bear. We had to come back immediately to warm ourselves”, she said.

Reminiscing her days of selection for the expedition, she added that before setting on this voyage, she had to undergo a lot of mental and physical tests. She was even taken to Auli, in Uttarakhand’s Chamoli district, at an altitude of 9,000 feet for ice acclimatisation and later to Badrinath at 10,000 feet.

“The whole team was made to carry heavy backpacks to build and check their physical endurance”, she said. They sailed to Antarctica in its season of summer, carrying a year’s supply of food and fuel to the planet’s coldest region.

“We collected all our waste and had it sent back to the mainland to keep the environment in the region unpolluted by human influence”, said the 56-year-old Mangala Mani.

She was the only woman in the 23-member-team that went to the freezing continent this time.