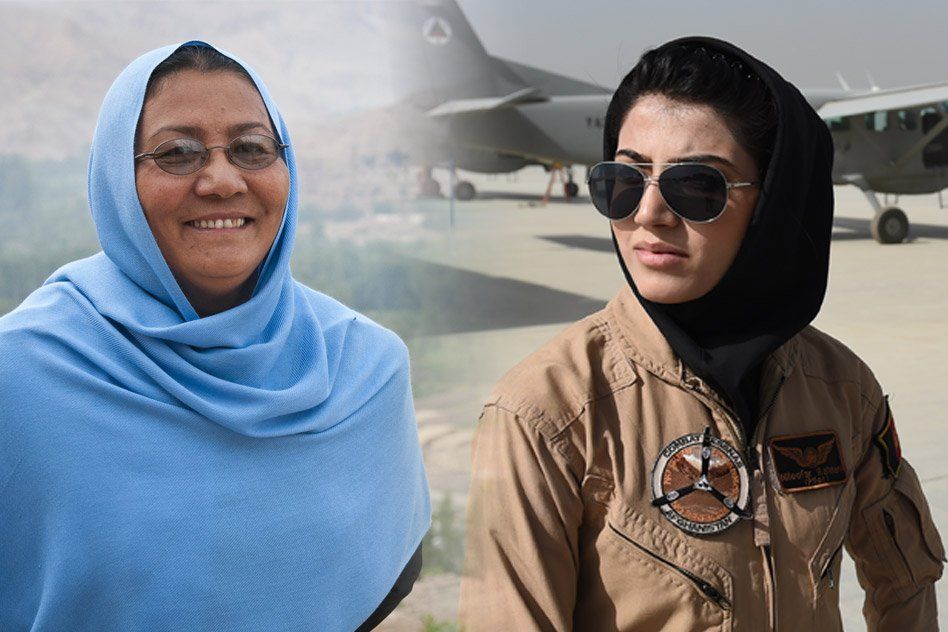 No matter how long you cage a bird, you can’t change the fact that it’s meant to fly.

In a country like Afghanistan that has weathered conflict and hardship for nearly 40 years, it’s no usual feat for a woman to be a governor or Air Force pilot. But, Dr.Habiba Sarabi and Niloofar Rahmani have surpassed all the obstacles and have gone on to become the first woman provincial governor and the first woman Air Force pilot respectively.

No matter how many death threats they and their families received, these ladies went for their heart’s calling and passion and have achieved this inspirational success with the constant support of their families and relatives.

Growing up in a lower middle class family, Dr.Habiba says her mother had great interest in her daughter’s education as she couldn’t read herself and believed that at least her daughter would be literate. She says that the violence inflicted upon her mother has made her the fighter and women’s rights activist she is today. Dr.Habiba worked hard and that was rewarded with the chance for her to study medicine in Kabul. She then continued her studies in Hematology in India with a fellowship from the World Health Organization. But even after all the hardships, Dr.Habiba went on to be appointed as the Governor of Bamyan Province and also the Minister of Women’s Affair and the Minister of Culture and Education. Today she is the Advisor on Women’s Affairs and Youth to the Chief Executive Officer. And while, Captain Rahmani’s family has had to relocate n number of times along with all the threats that she has received from the Taliban, she is resolute to continue serving in the AAF and wishes to become a flight instructor someday to inspire other young women to dream. Determined since the age of eighteen when the Afghan Air Force declared the recruitment of pilots, Captain Rahmani believes that you need to first see yourself as a human and have believe in yourself. She was recently awarded the U.S Secretary of State’s International Woman of Courage Award to honor her bravery, commitment and courage.

We congratulate the two ladies for their success and achievements that will be an inspiration to so many other young women to dream big and follow their passion, and to never give up. We are indeed in awe of these two birds who have broken free from the cage to fly high; encouraging so many more to fly.