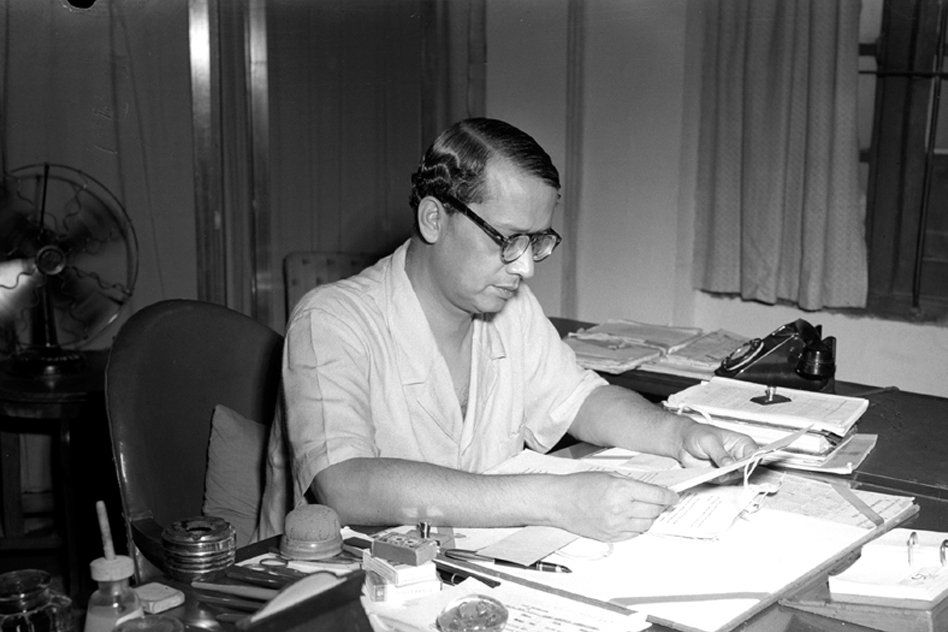 Sukumar Sen One of the craftsmen of modern India is Sukumar Sen, who is largely forgotten today. He is the first election commissioner of Independent India’s first elections. He was a mathematician, civil servant and most importantly, the man who set up our electoral system.

Background Sukumar Sen was born in 1899 in Bengali Vaidya-Brahmin family. He studied at Calcutta’s Presidency College and graduated from the University of London, achieving a gold medal in Mathematics. He joined Indian Civil Service in 1921 and served as an ICS officer and a judge in various districts. He was one of the first recipients of Padma Bhushan. In 1950, Sen became the first chief election commissioner of India and under his designation, he conducted the first two general elections in India in 1952 and 1957. The challenges he faced As the chief election commissioner Sen was aware of the mammoth task of conducting India’s first election, for which he had to confront 176 million Indians aged 21 or above, of whom more than 85 percent lacked even elementary education. The Election Commission had to identify and register each adult inhabitant. He was also the first man to devise the system of identifying parties by different symbols and colours.The election saw candidates being chosen for 4,500 seats in the Lok Sabha, as well as the state assemblies, 2,24,000 polling booths were created, 56,000 officers were selected for supervision, 2,80,000 volunteers and 2,24,000 policemen were deployed for administering a fair election. Another big challenge Sen had to face was the lack of cooperation from women. Women were reluctant to give their names to officials. However, Sen convinced women to register their names, as a result of which, near about three million women struck out their names in the first elections, but later registered them in the subsequent elections. After the first election was successfully conducted in India, Sen was recognised internationally and Sudan also invited him to oversee its first general election. He spent nine months in that country, setting up the infrastructure for polling and making sure it worked. The first election of India The first general election in India during 1951-52 went over a period of fourth months. This was the biggest experiment in democracy anywhere in the world then. In all, candidates of over fourteen national and sixty-three regional or local parties and a large number of independents contested 489 seats in the Lok Sabha and 3,283 seats for the state assemblies. Nearly 17,500 candidates in all stood for the seats to the Lok Sabha and the state legislatures.The Indian National Congress (INC) won a landslide victory, winning 364 of the 489 seats and 45% of the total votes polled. This was over four times as many votes as the second-largest party. Jawaharlal Nehru became the first democratically elected Prime Minister of the country. The most notable outcome was B. R. Ambedkar was defeated in the Bombay (North Central) constituency as Scheduled Castes Federation candidate by his little-known former assistant and Congress Candidate Narayan Sadoba Kajrolkar, who polled 1,38,137 votes compared to Ambedkar’s 1,23,576 votes. Acharya Kripalani lost from Faizabad in UP as KMPP candidate, but his wife Sucheta Kripalani defeated the Congress candidate Manmohan Sahgal in Delhi. The First of anything is a challenge, the first election was certainly a mammoth challenge which Mr. Sukumar Sen over came with aplomb and the rest is history. India considered as a shining example of the success of the electoral process, we all owe this success to Mr. Sukumar Sen and his team.
Suggest a correction