On Its 23rd Anniversary, Know About The Rwandan Genocide, Which Killed 800,000 Innocent People 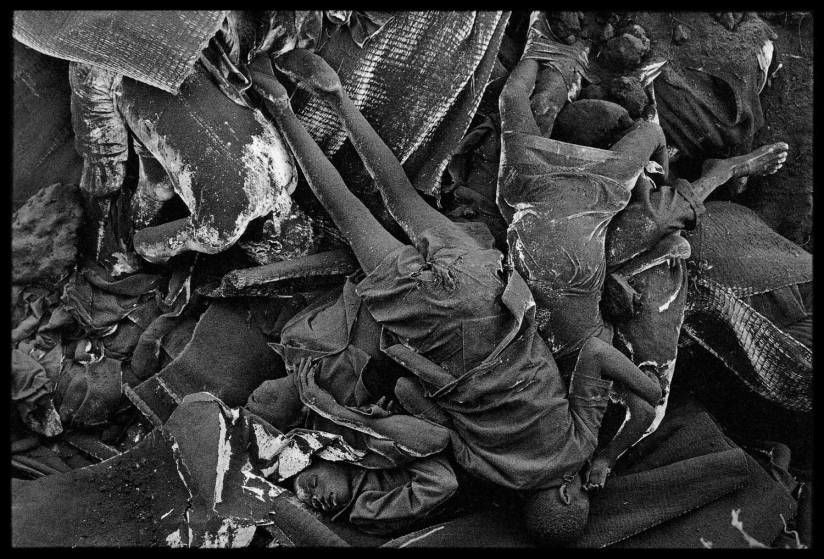 "I once spoke to someone who had survived the genocide in Rwanda, and she said to me that there was now nobody left on the face of the earth, either friend or relative, who knew who she was. No one who remembered her girlhood and her early mischief and family lore; no sibling or boon companion who could tease her about that first romance; no lover or pal with whom to reminisce. All her birthdays, exam results, illnesses, friendships, kinships—gone. She went on living, but with a [clean slate] as her diary and calendar and notebook." – Christopher Hitchens, Hitch-22: A Memoir.

Tensions between local tribes – cradled by colonial powers, encouraged by political leaders, and cemented by religious figures – escalated into a full-scale civil war and then an all-out genocide which killed between 500,000 and 1,000,000 people. The international community stood by, watching the violence, and did not intervene to end it. 23 years after the Rwandan Genocide, The Logical Indian looks back on one of the most shameful chapters in human history.

Rwanda is a country in East Africa. Dominated by mountains in the west and savanna to the east, Rwanda is one of Africa's smallest countries. The capital of Rwanda is Kigali.

Rwanda presently has a population of 11 million people. This population is predominantly rural, young, and Christian.

In terms of cultural demographics, Rwandans are drawn from just one cultural and linguistic group. However, this group is divided into subgroups. From the eighteenth century, Rwanda was colonised by Germany and then by Belgium after the First World War. The country gained its independence from Belgium in 1962.

To understand the Rwandan Genocide – and thus Rwanda itself – it is important to remember that the two main ethnic sub-groups in Rwanda are:

"The dead of Rwanda accumulated at nearly three times the rate of Jewish dead during the Holocaust. It was the most efficient killing since the atomic bombings of Hiroshima and Nagasaki." – Philip Gourevitch.

The Rwandan Civil War was a major conflict in Rwanda fought between 1990 and 1994. The Rwandan Civil War was a conflict between

The civil war was fought in two phases:

On 6 April 1994, a plane carrying President Habyarimana was shot down near Kigali. This sparked the genocide. Hutus began rounding up Tutsis and moderate Hutus within hours of Habyarimana's assassination and the peace accord broke apart.

When 7 April dawned, all signs of civilisation in Rwanda ceased to exist. "Only the dead have seen the end of war." – Plato.

The Rwandan Genocide was a consequence of

It was a genocidal mass slaughter of Tutsi by members of the Hutu majority government.

The genocide ended when the Tutsi-backed and heavily armed RPF (led by current Rwandan President Paul Kagame) took control of the country by military operations. "The genocide [in Rwanda] was not a spontaneous eruption of tribal hatred, it was planned by people wanting to keep power. There was a long government-led campaign against the Tutsis." – Jonathan Glover, Humanity: A Moral History of the Twentieth Century.

The RPF military victory and installation of an RPF-dominated government prompted many Hutus to flee to neighbouring countries, particularly to eastern Zaire (now the Democratic Republic of Congo). Here, the Hutu genocidaires began to regroup in refugee camps along the border with Rwanda.

In years since 1994, the Rwandan government (led by the RPF's Paul Kagame) has accused the government of Zaire of harbouring Hutu militias. Declaring a need to avert further genocide, the RPF-led government in Rwanda led military incursions into Zaire – these led to the two Congo Wars (which only ended in 2003). The role of the international community

"In their greatest hour of need, the world failed the people of Rwanda." – Kofi Annan, UN Secretary-General, 1998.

The international community remained on the sidelines during the genocide, ignoring calls by human rights groups to intervene to stop the escalating atrocities.

The United Nations Assistance Mission for Rwanda (UNAMIR, 1993-1996) was a peacekeeping force established by the UN on 5 October 1993. It was intended to assist in the implementation of the peace accords and end the Rwandan Civil War.

In April 1994, a United Nations Security Council vote led to the withdrawal of most of the UNAMIR troops. The UNSC was in a gridlock: the United States, a permanent member of the UNSC, was reluctant to engage in intervention after its recent disaster in Somalia.

As reports of the genocide spread, the Security Council voted in mid-May to supply a more robust force – including more than 5,000 troops. But by the time the force arrived in Rwanda, the genocide had been over for months.

The role of the Church

Due to European colonialism, by the 20th century, Rwanda was predominantly Christian – in particular, Roman Catholic. Church leaders held great influence and power in Rwanda. They were also very close to the Hutu authoritarians.

As Gerald Caplan noted in The Globe and Mail, it was Catholic missionaries, almost a century before the 1994 genocide, who popularised the notion of Hutu and Tutsi as two distinct, irreconcilable peoples, forever divided:

"For three decades before the genocide, the Church helped disseminate the lethal proposition that the Hutu were superior to the untrustworthy alien Tutsi … Once the genocide began, church leaders, now mostly Hutu, failed to condemn their Hutu extremist friends who were carrying out this African holocaust. While some priests and nuns distinguished themselves by saving threatened Tutsi, far more, alas, actively collaborated with the genocidaires in their murderous exploits or at best stood by, silent." Church leaders denied any role in the genocide for years. John Paul II, who was the Pope at that time, was most adamant in this regard.

It was only two decades later that the Catholic church in Rwanda apologised for its role in the 1994 genocide. The country's Conference of Catholic Bishops released a statement saying, "We apologise for all the wrongs the church committed. We apologise on behalf of all Christians for all forms of wrongs we committed. We regret that church members violated [their] oath of allegiance to God's commandments." The role of ethnic differences & colonialism

In 1994, 85% of Rwandans were Hutu. The rest were Tutsis, Batwas, and other minorities. Ethnic differences between the Hutu and the Tutsi were energised by colonial leaders and – needless to say – continued after independence in 1962.

As Troy Riemer writes here, over the course of European occupation in Rwanda, elitism was successfully refashioned into racism. By preventing Hutu access to higher education and administrative jobs, they were essentially closed off from the political arena and representation in such. Moreover, the documentation of 'ethnic groups' enhanced the importance of these rigid classifications. No longer was their flexibility between groups. Ethnic boundaries were clearly defined. "Over time this rift, this pronounced separateness between Hutu and Tutsi, blossomed into hatred. Why? Because of the Europeans who came to colonise and bring the wealth of western knowledge, but instead brought racist ideologies."

"Given the scale of trauma caused by the genocide, Rwanda has indicated that however thin the hope of a community can be, a hero always emerges. Although no one can dare claim that it is now a perfect state, and that no more work is needed, Rwanda has risen from the ashes as a model or truth and reconciliation." – Wole Soyinka.

Today, Rwanda is one of the fastest growing economies in the world, one of the most promising economies of Africa, and has seen rapid growth in the past few years. Barely two decades since genocide and civil war tore the country apart, Rwanda is serving as a model for stable governance and economic development. RPF leader Paul Kagame has been the preeminent leader of the country since 1994. He has served as President since 2000. Kagame has been hailed for overseeing rapid economic growth but his critics say he does not tolerate dissent (many of his opponents have met unexplained deaths).

Almost two million people were tried in local courts for their role in the genocide. For more detail about the prosecution of the perpetrators, go to this link.

"… and my eyes no longer gaze the same on the face of the world." – Jean Hatzfeld, Machete Season: The Killers in Rwanda Speak.

After Rwanda, the world promised that it would never allow such an incident to happen again. The photographs that circulated in the international media – of the dead bodies, the raped women, the piles of unmoving children, the seas of skulls – appalled one and all. The world promised to never allow another Rwanda to happen again.

Then, the Srebrenica massacre happened. The world promised to never allow another Srebrenica to happen again.

Then Aleppo happened. The world promised to never allow another Aleppo to happen again.

Today, the stage is set for a similar genocide in South Sudan. The world remains as mute and uncaring as it was in 1994.

After the atrocities subside, the world will again promise to never allow another South Sudan to happen again.

"Genocide is the responsibility of the entire world." – Ann Clwyd, A Matter of Principle: Humanitarian Arguments for War in Iraq.

"[The Rwandan Genocide] happened in the same time frame in which Nelson Mandela became president of South Africa, as if by some infernal metaphysics the best humanity had to offer would be offset by the worst imaginable. It was our world then, and it's our world now. We have examples from both ends of the spectrum of human aspirations. Will we take heed from the lessons taught by our own history? If we don't, who will?" – James Nachtwey.

To read the testimonies of the genocide's survivors, click here or go to the Survivor Fund.