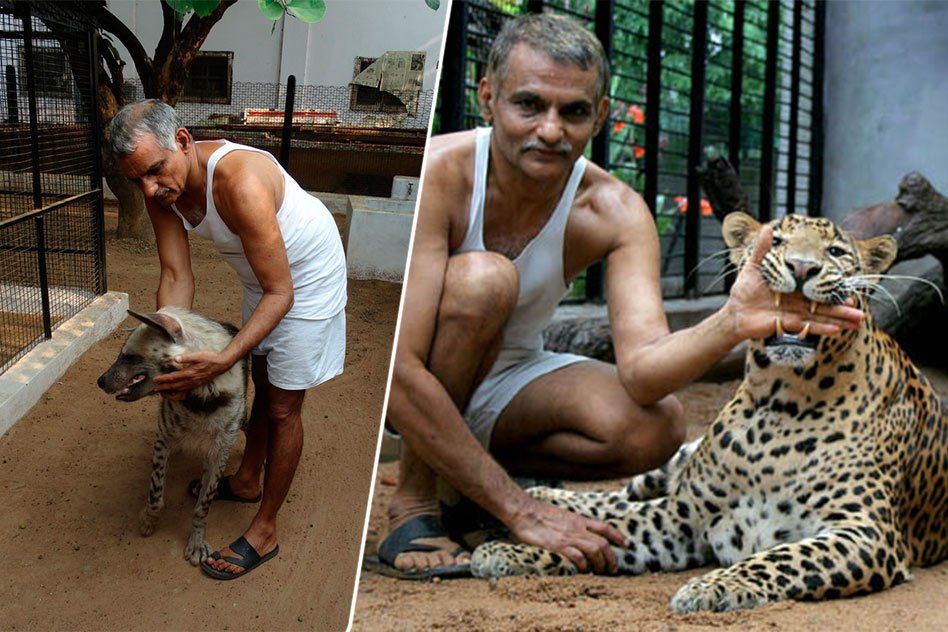 Prakash Amte, Flicker Of Hope And Inspiration To Hundreds.

Dr. Prakash Amte is a man with a plan. A doctor by profession, he has dedicated his life to contribute for the wellness of people in a Maharashtrian village, Hemalkasa. There he started a project called Lok Biradari Prakalp in the year 1973. This helped in the development of tribal people from Madia Gond, living in the forests of Gadchirolli district. His project led to the formation of Lok Biradari Prakalp Davakhana providing medical assistance to tribal people. Amte lived in the tribal area, providing medical aid to people even in the times when there was no electricity. He performed surgeries in such conditions for about 20 years. Today there are more than 40,000 people who receive medical facilities due to his efforts every year.

Hemalkasa has a residential school by the name Lok Biradari Prakalp Ashram Shala having 600 students enrolled in it.

In addition to this, Prakash Amte opened up an orphanage for wild animals called the Animal Ark. It is home to young wild animals whose parents get hunted by villagers for food. Amte was successful in exchanging wild animals for food grains in the village. The Animal Ark has many animals like snakes, crocodiles, hyenas, leopards, etc. Prakash Amte’s wife, Dr. Mandakini Amte helped him in following his dream. In the year 2008, both of them received the Ramon Magsaysay Award for Community Leadership. In the year 1995, the State of Monaco issued a postal stamp in their honour. Prakash has been awarded the Adivasi Sewak Award from the Maharashtra Government and the fourth highest civilian award of India, Padma Shri by Government of India. A biopic was also made on Dr. Prakash Amte in 2014, where Nana Patekar played his character whereas Sonali Kulkarni played Dr. Mandakini Amte’s character in the film named “Dr. Prakash Baba Amte: The Real Hero”.

Prakash’s journey had started when his father Late Baba Amte (Padma Vibhushan) asked him and his brother to visit him in the Dandakaranya forests. Later Prakash Amte accompanied his father to forests of Bhamragad where they saw malnutrition, poverty, illiteracy and exploitation and he was moved. It’s then that they led a mission to help in tribal development. After this trip, Prakash never looked back; but built on the mission, for the wellness of the tribal people. His journey is an inspiration for the youngsters today, as they can look up to him- with a faith that, it’s only in our hands to bring about a good change in the society. We do aspire to become something big one day but do any of us try and bing even the slightest change in our surroundings?

The Logical Indian looks up to people as Mr. Prakash who still hold the light for the betterment of our country.