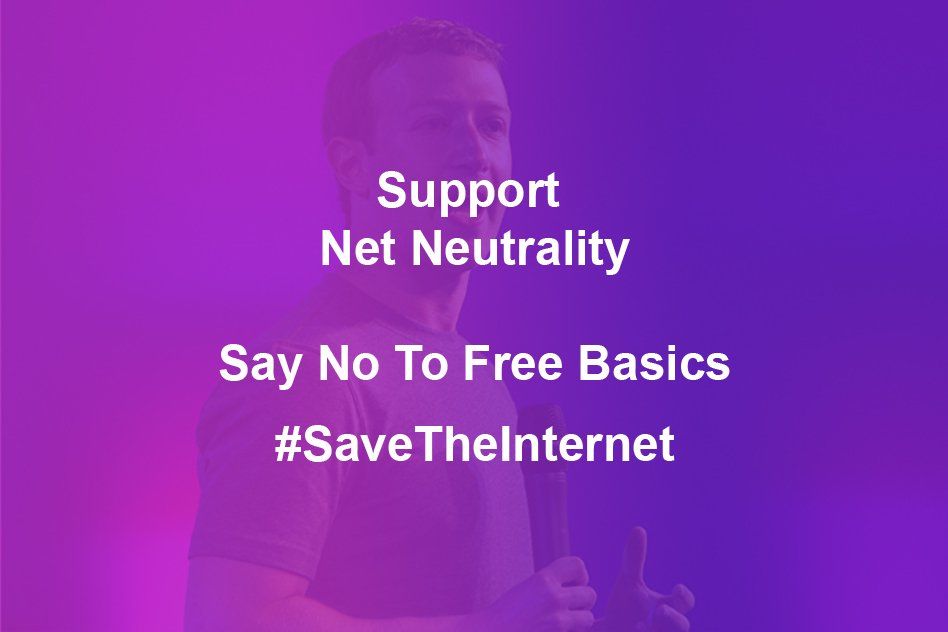 Are You Still Unaware Of The Issue Of Free Basics? Read To Understand

Once again, the Telecom Regulatory Authority of India (TRAI) has requested your opinion regarding net neutrality and differential pricing of services on the internet. And this time, Facebook has launched its own campaign telling its users to support its “Free Basics”/Internet.org initiative.

You might have received notifications from Facebook asking you to send emails to TRAI supporting its Free Basics. But the information Facebook is providing you is entirely misleading.

Following are the facts that Facebook is not telling you and leading you into making an uninformed choice:

1. Other Ethical Models: There are other successful models to provide free Internet access to users without giving a commercial advantage to Facebook and its partners. Such initiatives, for instance, include providing you free access to the entire internet in exchange of viewing an advertisement. Such models preserve net neutrality and bring digital equality at the same time.

2. Data Prices Actually Increase: Facebook doesn’t pay for Free Basics, telecom operators do. Where do they make money from? From users who pay. By encouraging people to choose selected internet services, Facebook increases the costs to access other main parts of the internet.

4. Facebook will Rule the Internet: Free Basics is NOT an open platform. Facebook defines the technical guidelines for Free Basics and reserves the right to change them. They reserve the right to reject applicants, who are forced to comply with Facebook’s terms.

5. User Privacy Compromised: Facebook gets access to all the usage data and usage patterns of all the sites on Free Basics. No competitor of Facebook will partner with them because it will have to give all its user data to Facebook. Reportedly, Facebook gives data to the National Security Agency (USA) which compromises India’s security as a whole.

6. Users prefer Open Web: Research has shown that people prefer to use the open web for a shorter duration, over a limited set of sites for a longer duration. Free Basics makes few sites free and makes the open web more expensive.

Facebook is unethically recruiting more and more people to support Free Basics without informing them about the above facts. Perhaps thousands of gullible people have already made an uninformed decision by responding to Facebook’s campaign. This makes it more important for the rest of us to write to TRAI showing our support for Net Neutrality and saying no to “Free Basics” and other differential pricing schemes.

The Logical Indian would like to pose the following questions:

1. Competition is required for the emergence of better products in the market, and “Free Basics” clearly wants to kill competition. Had “Free Basics” been implemented by Orkut, would Facebook be as successful as it is today?

2. Why doesn’t Facebook organize an open Facebook/Townhall Q&A session and seek the opinion of Facebook users after they are informed of the real facts in detail?

3. Why is “Free Basics” provided only on Reliance network? As Facebook claims this to be the first step towards digital “equality”, shouldn’t every user, irrespective of the service provider he/she is using, have access to “Free Basics”?

4. Countries such as Finland have declared Internet access as a legal right. Why should a private company like Facebook step forward for internet services in India? If a private company can afford to do it in India, shouldn’t the Indian Government step in and do it itself, and make sure no corporate interests are involved in the schemes?

We have only six days left to act. Please make an informed decision as soon as possible and spread the information.