What We Can Learn From UP’s Healthcare System 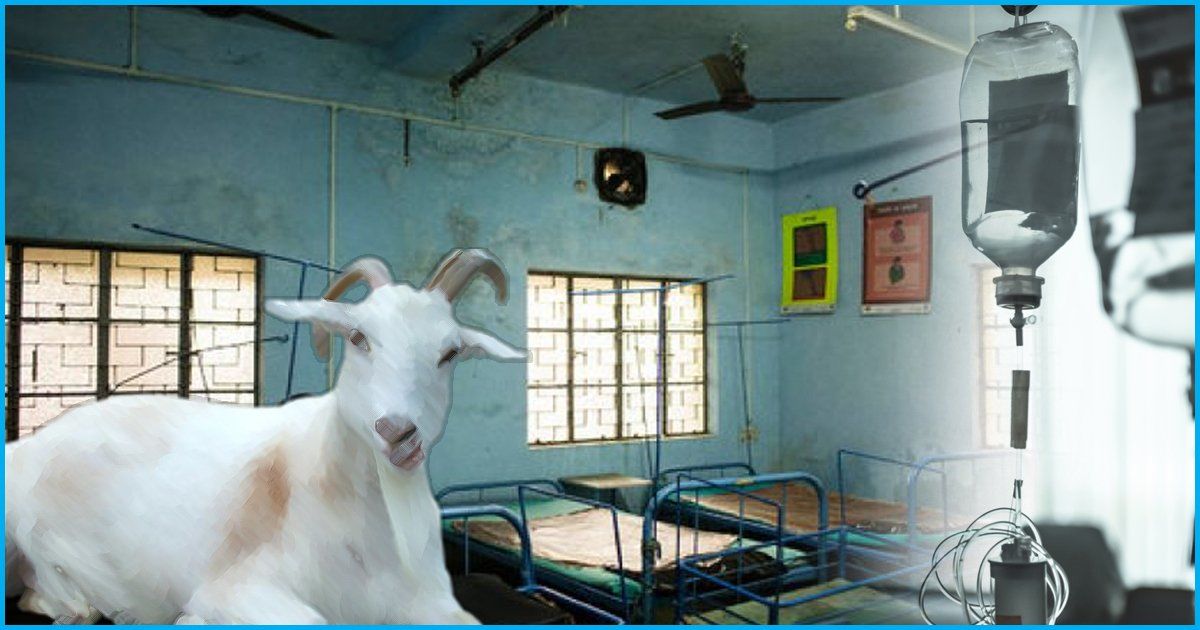 There is a lot to learn from Uttar Pradesh’s healthcare system. Mostly, what not to do.

We were reminded of the State’s crippling healthcare when in August last year, more than 70 children died in Gorakhpur’s BRD Medical Hospital due to government apathy. An incident serious enough to uproot governments in a sane democracy became ‘one on the list of mishaps’ in a matter of months. We saw images of children lying lifeless in hospital beds and read about hapless parents grieving in silence, all the while trying to figure out how those innocent kids could have lost their lives when the state government knew of the hospital’s shortage of oxygen supply. Before its reality was grasped, came another report from the same hospital on the deaths of 61 children. Soon after, came to light the deaths of 49 newborns in RML Government Hospital, Farrukhabad. Incidentally, local media had earlier reported on the hospital’s dire conditions.

Lesson No. 1: Children are more important than those extra pennies you make by not investing in their healthcare.

Following up an inspection that students of a school in Meerut were not given meals for the past three years, the district programme officer (DPO), on September 16, 2017, seized 160 kg of mid-day meal (MDM) ration being fed to cows at a dairy. The owner of the dairy and an Anganwadi worker were detained after the surprise raid.

On November 1, 2017, at least 100 students in Bhadohi were taken ill after they consumed biscuits that the school had given them as snacks. The school was run by the social welfare department.

Mid-day meals are crucial for children’s health. It is to eradicate hunger among the poorest of poor children whose parents cannot afford to feed them, resulting in malnutrition, stunted growth and deaths.

Lesson No. 2: Mid-day meals are for children, cows eat grass.

A joint investigation team of the Center and UP government, probing an unusually high number of deaths within three days of a surgery ward of a hospital attached to the Banaras Hindu University found that industrial-grade gas, not permitted in medicine, was being used for administering anaesthesia to patients undergoing surgery. Reports added that Parerhat Industrial Enterprises, an Allahabad-based private firm that was supplying the nitrous oxide, did not have a license to produce or sell any medical gas. Links were being made between the BHU VC and his preference for BJP that might have led Parerhat Industries to get the contract instead of an international company, Linde, that was equipped for supplying nitrous oxide used for medical purposes.

Lesson No. 3: Medicine is not an area where nepotism is affordable. It isn’t Bollywood.

His claim of 300 deaths by dengue in Kerala was debunked by BOOM Live here, and his numbers on chikungunya deaths could not be verified for the lack of official data on deaths due to the disease.

Coming to the comparison between hospitals in UP and those in Kerala, official data shows 99.8% children in Kerala are born in hospitals while in UP the number stands at 57.9% (the national average is 78.5%).

When it comes to the crucial classifier of the Human Development Index (HDI), Kerala stands first among Indian states while UP is among the worst.

Today, NITI Aayog released its Health Index where Uttar Pradesh was ranked the worst performer and Kerala the best among large states.

Lesson No. 4: Accept your flaws, swallow your pride and learn from those around you.

Around 69 deaths were reported since October 7 in the infamous BRD Hospital due to medical mismanagement. Records cited the death of 12 children on October 7, 20 on October 8, 18 died on October 9, and 19 deaths on October 10.

Lesson No. 5: If something is repeated more than once, it’s no longer a mistake.

In December 2017, doctors of a Primary Health Centre performed cataract operations on 32 patients under two torch lights. These patients were brought by an NGO for free cataract surgery in the hospital. The Nawabganj healthcare centre did not have proper facilities or even electricity.

Not only this, several relatives complained that after the surgery patients were made to lie down on the floor despite the severe weather conditions as no beds were provided to them.

Lesson No. 6: Take attention away from gaushalas (cowsheds) and invest more time and energy in improving medical facilities in the state.

An unlicensed doctor infected over 40 people with HIV in a village in Unnao after he used the same syringe on 400 patients. This is the most recent case of medical negligence in the State.

Lesson No. 7: Prevention is better than cure.

Uttar Pradesh has the maximum representation in Parliament and the worst public healthcare system. It is the most populous state with one of the least per-capita health expenditure – half of the national average.

UP’s population growth per decade is more than the country’s average. A state which houses 16% of India’s population, gets only 9% of the country’s public health spending. Moreover, the meagre funds the State receives, are misallocated. There is a shortage of specialists, lab technicians, female doctors, nurses, beds, medical equipments, medicines, operation theatres, etc. However, the crippling state of its healthcare system is not just a infrastructural problem. There has been a consistent incompetence in governance. UP’s condition cannot be pinned on the current government alone, but a lack of good policies by a series of governments. But the Yogi Adityanath-led BJP government does come under the scrutiny of the public eye as it is the one currently in power to overhaul the state’s healthcare.

When nearly 40% of the State’s children are underweight, blaming it solely on CM Adityanath would be wrong, and also myopic. But we do need to see progress. Most reports suggested that the Yogi Adityanath government was well-aware of the condition of BRD Medical Hospital before the 70+ children died. Why didn’t it do anything? It is evident where the current government’s priorities lie – in gau raksha, love jihad, anti-Romeo squads and religious politics. The national debate is at an all-time low with people’s minds diverted to topics of lesser importance than discussing healthcare, unemployment, education and poverty.