[Watch/Read] Juvenile Justice Bill: How The Bill Was Passed In Haste Without Proper Discussions? 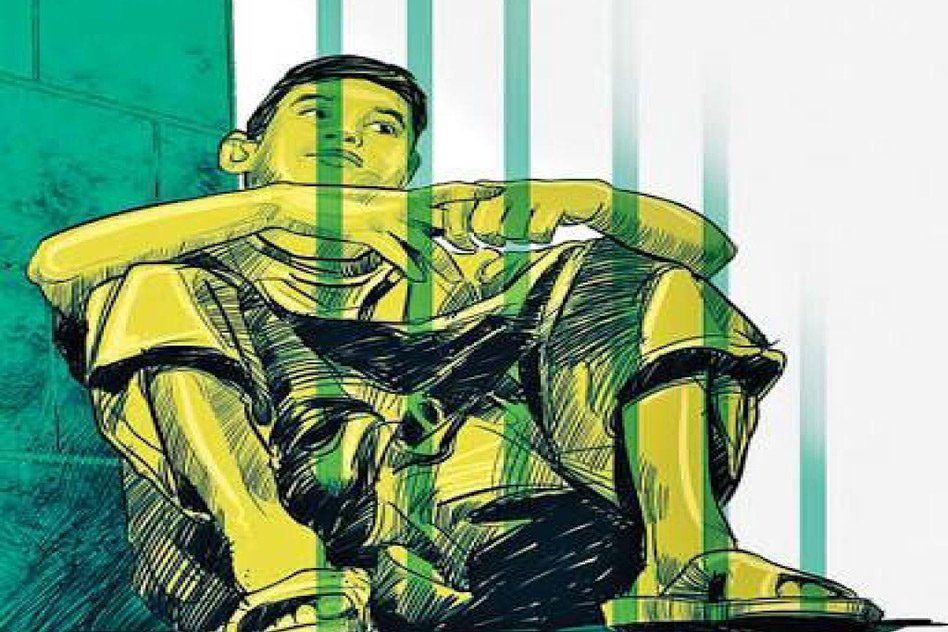 Recently, many have argument that “If a juvenile is old enough to rape, then he should be capable enough to get the punishment”. But we have to look at the other aspect of it too, Shashi Tharoor in his speech on Juvenile Justice Bill pointed out “how a child born in a criminal background/poverty will have a different mindset than a rich kid of same age and he also pointed out that out of the 472 million children of the country, only 1.2% have committed crimes. And that, of these, only 2.17% had committed murder and 3.5% had committed rape. The bill has already been passed, it is time at least we introspect and try to understand the issue in-depth.

The Juvenile Justice (Care and Protection of Children) Bill, 2014 was sent up day before yesterday by the Rajya Sabha for the President’s assent, which would deem it law. The Lok Sabha passed the Bill in May this year. The Bill covers a number of aspects, including the provision that the Juvenile Justice Boards can now rule whether to prosecute 16-to-18-year old perpetrators of heinous crimes as adults.

This provision does not automatically guarantee that the offenders will actually face trial as adults but is problematic nevertheless. The first and foremost problem is that India, as a signatory to the United Nations Convention on the Rights of Children, agrees that anyone under the age of 18 is a child. Even the Juvenile Justice Bill itself agrees that anyone under 18 is a child. The prevailing sentiment, however, seems to be that anyone committing a heinous crime (serious offences like rape and murder) cannot be a child.

Take the gang rape of Jyoti Singh Pandey, in whose wake the Bill’s revision has occurred. The juvenile, who was 17-and-half years old in December 2012, was allegedly the most brutal of the six rapists. However, under prevailing law, he received the maximum sentence – three years – that a juvenile can face. In this period, per the law, he would undergo the reformation, i.e. repent for his crime, and prepare to face society again as an adult with full awareness of his deeds, capable of leading a responsible life.

However, as Delhi Commission for Women Chairperson Swati Maliwal argued, there was “nothing on record” to show that had indeed been reformed, and therefore, should not be released despite the completion of his sentence. This was coincident with many members of the public, including Jyoti’s parents, protesting his release. Amidst this general chorus, the Rajya Sabha, which had been sitting on the Juvenile Justice Bill since May, hastily went into action on it.

Passing the Bill does not answer either Ms. Maliwal’s question on reformation nor does it imply that his returns to a juvenile facility. He, of course, has now attained majority and therefore, does not even fall under the purview of the Juvenile Justice Board. Further, he cannot now face punishment as an adult either, since he has served the maximum sentence possible under the existing juvenile law at the time of his conviction.

As the Member of Parliament from Thiruvananthapuram Shashi Tharoor pointed out in the Lok Sabha discussion of the Bill in May, how to strengthen the reformative process was not discussed – something that should have been the focus at least in the Rajya Sabha given the High Court questioning his reform and suggesting “post-release rehabilitation”. Instead, Parliament has pushed through a black-and-white solution that looks at crime and pops up with punishment.

What has also been mostly forgotten is that the Justice Verma Committee, appointed to suggest amendments to the sections of criminal law dealing with cases of sexual assault, did not recommend lowering the age of a juvenile from 18 to 16. To quote, “Assuming that a person at the age of 16 is sent to life imprisonment, he would be released sometimes in the mid-30s. There is little assurance that the convict would emerge a reformed person, who will not commit the same crime that he was imprisoned for (or, for that matter, any other crime).”

The report continues: “Our jails do not have reformatory and rehabilitation policies. We do not engage with inmates as human beings. We do not bring about transformation. We, therefore, breed more criminals including juveniles) in our prison and reformatory system by ghettoing them in juvenile homes and protective homes where they are told that the State will protect and provide for them, but which promise is a fruitless one”.

In its conclusion on the matter, the report points to the fact that recidivism – or the repetition of crimes – fell from 8.2% in 2010 to 6.9% in 2011, i.e. fewer juveniles were likely to repeat a crime for which they faced punishment once released in 2011 than 2010 – despite the stated incapacity of the reformation system. This should have at least been a source of hope for the reformatory system, even if not an excuse to ignore its shortcomings.

No matter what statistics one looks at, the inescapable truth is that children in today’s India seem to be a burden for society as well as state. The journalist P. Sainath, in lamenting the lack of focus by government on the education of Indian children, said in the 90s: “the state has steadily abdicated its duty towards children”. Perhaps today the state has gone to war against them.