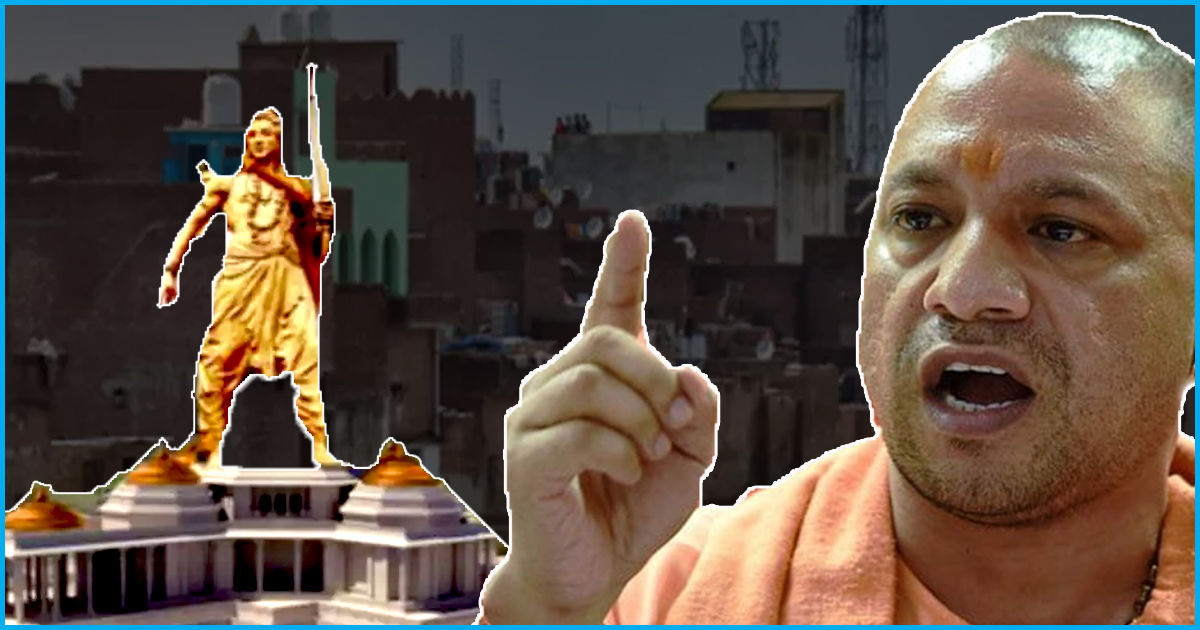 Image Credits: The Time Of India, NDTV, The Times Of India
Opinion

The 2017 Uttar Pradesh assembly elections came as a surprise for many. Without announcing the BJP Chief Minister candidate for Uttar Pradesh, the Modi wave had managed to take over the state. The BJP party came to power with an unprecedented victory of 312 seats out of 403 seats. And soon Yogi Adityanath was accelerated from his position and was launched as the UP Chief Minister. Yogi Adityanath, after coming to power made several announcements. The name changing spear, redevelopment of temples in the state and the approval of 100-metre tall statue of Lord Ram on the banks of Saryu in Ayodhya to bring about ‘social development are among the announcements made by Yogi government. While the UP government seems to busy in allocating money on statues, temple, here are a few things that the Yogi government has completely missed.

Yogi’s priorities seem to be temples

The state with a 200 million population has been in the news for various reasons like Bulandshahr, Gorakhpur tragedy and lynching cases. Despite such a huge population, UP has a small economy equal to Qatar’s- which has a total population of 2.4 million people, almost equal to Bijnore in Uttar Pradesh. UP’s GDP is comparable to Kenya, and it also has an abysmal infant mortality rate approximately equal to Mauritania, a poverty-ridden, west-African nation, as reported by Financial Express.

The head Mahant (Priest) of Gorakhpur temple and four-time MLA of Gorakhpur, Yogi has strongly raised his voice time and again over the Ramjanam Bhoomi issue. In November this year, the CM amidst the ongoing buzz of Ram Mandir hinted about his priorities. While addressing the rally in Rajasthan’s Bikaner he said, “Light a diya (lamp) for Lord Ram this time, work there will start very soon. We have to take this up after Diwali,” as reported by the Economic Times.

Keeping his priorities straight, recently, CM Yogi had announced to build a “grand statue” of Lord Ram in Ayodhya, this announcement came a day after the CM had announced a flurry of projects for the temple town associated with the planned Ram Temple at the disputed site.

On Diwali, November 7, while speaking to a reporter, the CM said, “We will work on everything that will honour the faith as well as establish Ayodhya’s identity, as reported by the Hindustan Times. Yogi added that the temple town-Ayodhya is an honour, pride and prestige for the state.

Meanwhile, the Yogi government has also made corporate sector eligible for investing in Ram statue and other UP tourism projects. The state government has opened up 86 tourism projects worth Rs 2,725 crore in 10 towns of Uttar Pradesh and has allowed the corporate sector to invest their mandatory 2% of net profit under Corporate social responsibility (CSR) on them, reports the Economic Times.

In these 86 big projects- the Ram Statue at the cost of Rs 350 crore, development of a ‘Navyu Ayodhya’ (New Ayodhya) on the banks of the Saryu at Rs 350 crore are included. According to the government the ‘Navyu Ayodhya’ would also have a 7D Ramlila, Ramkatha gallery, light and sound show on Ramlila and musical fountains.

In an attempt to publicise the government 86 project, the government has also come up with a 26-page booklet mentioning about these project. It has listed projects that are eligible for investments from the corporates, which includes, an offer on upcoming Rs 75 crore ropeway project, a Rs 200 crore redevelopment of the Parikarma route around Mathura’s Goverdhan Hill, Rs 100 crore in renovating the Panchkoshi Parikarma route in Varanasi which is Prime Minister Narendra Modi’s constituency, and development of the Gorakhpur Temple campus worth Rs 45 crore. The booklets claim that Ayodhya has an enormous potential to become an international tourist destination.

While the CM is all ready to make Ayodhya a new tourist destination, his government seems to have ignored the already existing tourist destinations in Uttar Pradesh. The majestic monument- Taj Mahal which is standing on the banks of River Yamuna in Agra, is famous, for its beauty worldwide. However, the Yogi government seems to have ignored the heritage given by Mughals. The monument which is visited by almost 70,000 people every day, was left out by the UP government out of its tourism department booklet in 2017, as reported by the Firstpost.

The prominent UNESCO heritage site, which is visited by almost every fourth visitors to India gets us tourism. However, there is no international airport in the city.

In May, this year the Supreme Court had pulled the Uttar Pradesh government for failing to preserve and protect the monument. The Supreme Court showing their wrath over the UP government said, “Either we will shut down the Taj Mahal, or you demolish or restore it.”

In July, this year- the UP government in an affidavit filed in the Supreme Court suggested that Taj Mahal could be brought under the “Adopt a Heritage Scheme” of the Centre. This proposal by the Uttar Pradesh got a lot of criticism. While expressing the resentment over the issue, the Delhi Chief Minister said that the UP CM should also give his seat for adoption, reports the Hindustan Times.

The state in poor infrastructure

Since the time Yogi government has come to power the state CM has made the temple and Ram Janambhoomi as his priority. While the CM is asking people “to light a diya (lamp)” at Ayodhya, the rest of the state still lies in the darkness. UP is among the worst states with poor infrastructure in health, education and employment sectors.

UP has the largest population among other states, however, it spends just Rs 452 per capita on health, 70 per cent less than the average spending by states, as reported by the Financial Express. According to the National Family Health Survey, 2015-16 (NFHS-4) one in two children in the state is not fully vaccinated. The state of temples and Yogi as the CM has India’s second-highest maternal mortality rate (258 deaths per 100,000 live births) and highest infant mortality rate (64 deaths per 1,000 live births).

The health sector of the state shows that it needs better facilities, according to the same report, UP has 84 per cent fewer specialists than needed, 50 per cent fewer nursing staff, and the lowest share of health workers (19.9 per cent) in India.

With a huge youth population, UP has high youth unemployment, high migration for jobs. According to the Financial Express, between 2001 and 2011, over 5.8 million people of age 20 to 29 years migrated in search of jobs from the state. However, for these, low and poor quality of education is another problem for lack of job opportunities or low-paying jobs in the informal sector.

Poor industrial growth in UP

According to the NITI Aayog, UP is among the bottom five states in the country to have low industrial growth. In 2013-14 and 2014-15 respectively, the state reported an annual industrial growth (2004-05 constant prices) of 1.95 per cent and 1.93 per cent. Even the industries that were flourishing in the state are now going through a crisis, for example, Kanpur’s leather industry is in deep distress with 146 of its 400 leather tanning units shutting down in 10 years. Uttar Pradesh ranked 20th out of 21 states on the 2016 State Investment Potential Index, a ranking of states on labour, infrastructure, economic climate, political stability, governance, and perceptions of a good business climate, as reported by the Financial Express.

At the time when the UP is facing such crisis of most basic problem like education, health and unemployment, does it seem right on the part of the government to not prioritize on these issues and pay more attention to the temples and ropeways?