We, Not You, Decide How Best To Serve Our Readers And Viewers: US Press Corps To Trump 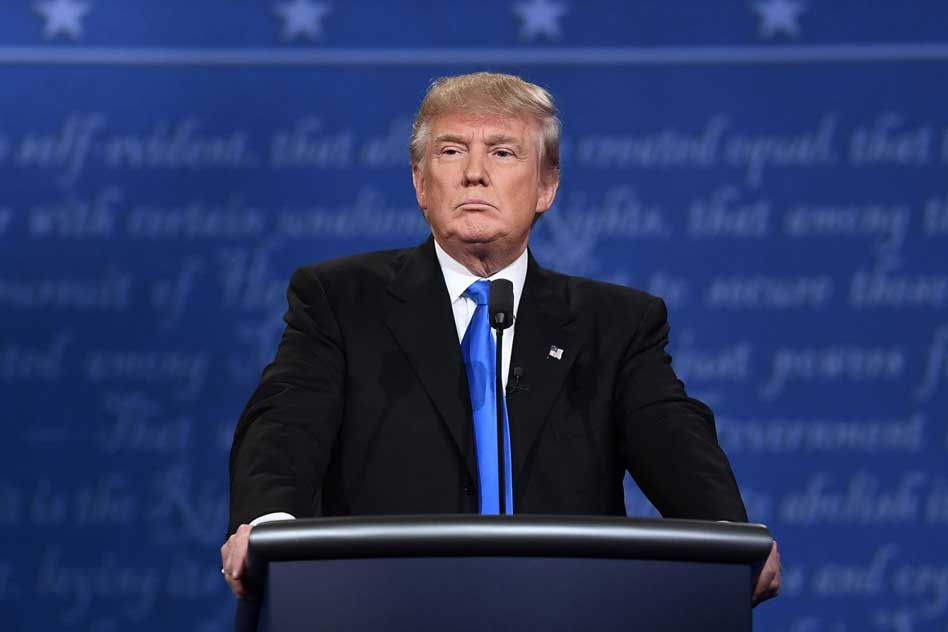 In these final days before your inauguration, we thought it might be helpful to clarify how we see the relationship between your administration and the American press corps.

It will come as no surprise to you that we see the relationship as strained. Reports over the last few days that your press secretary is considering pulling news media offices out of the White House are the latest in a pattern of behavior that has persisted throughout the campaign: You’ve banned news organizations from covering you. You’ve taken to Twitter to taunt and threaten individual reporters and encouraged your supporters to do the same. You’ve advocated for looser libel laws and threatened numerous lawsuits of your own, none of which has materialized. You’ve avoided the press when you could and flouted the norms of pool reporting and regular press conferences. You’ve ridiculed a reporter who wrote something you didn’t like because he has a disability.

All of this, of course, is your choice and, in a way, your right. While the Constitution protects the freedom of the press, it doesn’t dictate how the president must honor that; regular press conferences aren’t enshrined in the document.

But while you have every right to decide your ground rules for engaging with the press, we have some, too. It is, after all, our airtime and column inches that you are seeking to influence. We, not you, decide how best to serve our readers, listeners, and viewers. So think of what follows as a backgrounder on what to expect from us over the next four years.

Access is preferable, but not critical. You may decide that giving reporters access to your administration has no upside. We think that would be a mistake on your part, but again, it’s your choice. We are very good at finding alternative ways to get information; indeed, some of the best reporting during the campaign came from news organizations that were banned from your rallies. Telling reporters that they won’t get access to something isn’t what we’d prefer, but it’s a challenge we relish.

Off the record and other ground rules are ours—not yours—to set. We may agree to speak to some of your officials off the record, or we may not. We may attend background briefings or off-the-record social events, or we may skip them. That’s our choice. If you think reporters who don’t agree to the rules, and are shut out, won’t get the story, see above.

We decide how much airtime to give your spokespeople and surrogates. We will strive to get your point of view across, even if you seek to shut us out. But that does not mean we are required to turn our airwaves or column inches over to people who repeatedly distort or bend the truth. We will call them out when they do, and we reserve the right, in the most egregious cases, to ban them from our outlets.

We believe there is an objective truth, and we will hold you to that. When you or your surrogates say or tweet something that is demonstrably wrong, we will say so, repeatedly. Facts are what we do, and we have no obligation to repeat false assertions; the fact that you or someone on your team said them is newsworthy, but so is the fact that they don’t stand up to scrutiny. Both aspects should receive equal weight.

We’ll obsess over the details of government. You and your staff sit in the White House, but the American government is a sprawling thing. We will fan reporters out across the government, embed them in your agencies, source up those bureaucrats. The result will be that while you may seek to control what comes out of the West Wing, we’ll have the upper hand in covering how your policies are carried out.

We will set higher standards for ourselves than ever before. We credit you with highlighting serious and widespread distrust in the media across the political spectrum. Your campaign tapped into that, and it was a bracing wake-up call for us. We have to regain that trust. And we’ll do it through accurate, fearless reporting, by acknowledging our errors and abiding by the most stringent ethical standards we set for ourselves.

We’re going to work together. You have tried to divide us and use reporters’ deep competitive streaks to cause family fights. Those days are ending. We now recognize that the challenge of covering you requires that we cooperate and help one another whenever possible. So, when you shout down or ignore a reporter at a press conference who has said something you don’t like, you’re going to face a unified front. We’ll work together on stories when it makes sense, and make sure the world hears when our colleagues write stories of importance. We will, of course, still have disagreements, and even important debates, about ethics or taste or fair comment. But those debates will be ours to begin and end.

We’re playing the long game. Best-case scenario, you’re going to be in this job for eight years. We’ve been around since the founding of the republic, and our role in this great democracy has been ratified and reinforced again and again and again. You have forced us to rethink the most fundamental questions about who we are and what we are here for. For that we are most grateful.