Shahabuddin Escorted By Wanted Criminals After Bail, Indication Of A Grim Future For Bihar 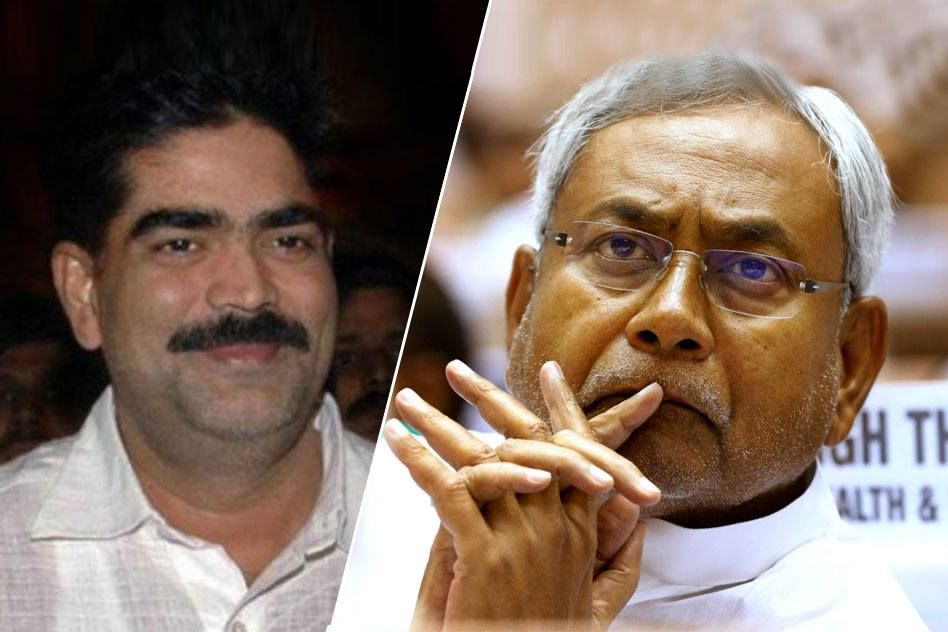 The release of dreaded criminal and former RJD politician Mohammad Shahabuddin from the Bhagalpur jail after 11 years has sparked terror in the hearts of many in Bihar. The main accused in over 60 cases, walked out with prudence and was escorted by 300 vehicles from the jail to his home at Siwan.

Appearance of other wanted criminals
This is not all. Some of the other dreaded criminals, including Mohammad Kaif alias Bunty was seen accompanying Shahabuddin in his journey from Bhagalpur to Siwan. Kaif is a sharp shooter who is wanted for the murder of journalist Rajdev Ranjan.

Chief Minister’s silence
Bihar’s image has been hit badly drawing criticism from everywhere, yet the state government has turned deaf ears into the matter. Chief Minister Nitish Kumar, the JD(U) supremo, who was instrumental in putting Shahabuddin behind bars in 2005 has failed to take any firm action now probably because of the grand alliance with RJD.

Security concerns
Chandrakeshwar Prasad, whose three sons were allegedly killed on the behest of Shahabuddin, is now seeking protection for his family. His sons Satish and Girish were killed in 2004. The third son, Rajeev Roshan, was a witness to the murder of his brothers. Roshan was killed in 2014, a few days before he was to record his statement in the murder case of his brothers. “Now, when Shahabuddin has been released from the jail, I appeal to Prime Minister Modi and Chief Minister Nitish to arrange for protection for my family. I also urge the government to ensure justice for my three sons who were brutally murdered by Shahabuddin,” Chanda Babu told CNN-News18. Police have provided security to total 20 political rivals in Siwan district who face threat from the murder convict.

Prashant Bhushan’s challenge
Even the noted senior lawyer of the Supreme Court, Prashant Bhushan has come forward and said that he will challenge Shahabuddin’s bail in Supreme Court. He tweeted, “Shameful that HC granted bail to notorious Gangster/politico (RJD) Shahabuddin. I Have agreed to seek cancellation of Bail in SC on victims behalf.” Despite all these, there have been no measures taken by the Bihar government. Bihar govt. must appeal to SC against the bail.

Shahabuddin’s grudge against Nitish Kumar
After his release, Shahabuddin had made clear that he still holds the grudges against Nitish Kumar, but the CM chose not to “waste time” giving importance to such people. Even Kumar’s Grand Alliance partner, Lalu Yadav, has given support to Shahabuddin’s statement on CM. This is a big prove that people in Bihar are living under the great fallacy of alliance in the state. Lalu’s support to Shahabuddin’s statement is hypocrisy that is brewing though having an alliance.

Oppositions fear “Jungle Raj” will return in Bihar with no restrictions in law and order.

The Logical Indian urges the central and state government to act against Shahabuddin. Criminals like him should stay in jail. With his release, there’s a high possibility that a reign of terror might re-establish in Bihar. Political gains cannot be the answer to people’s security. Not only Shahabuddin, but people like Mohammad Kaif should also be put behind the bars to ensure safety for all. A state that showed lot of promises to improve after grand alliance and alcohol ban, but with the recent updates Shahabuddin’s release has again put Bihar under nationwide criticism