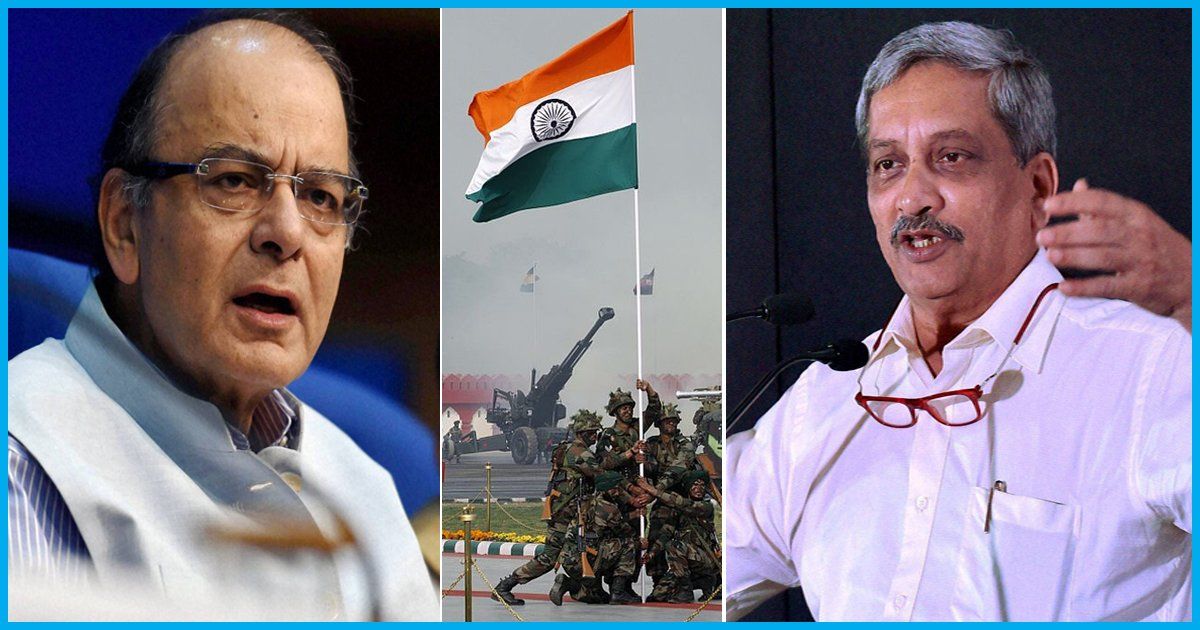 The Defence Ministry is one of India’s largest ministries. Along with Home, Finance and External Affairs, Defence occupies a premier position in the government, commanding massive manpower and budgetary allocations.

Presently, the Defence Ministry is also an overlooked ministry. For over 25% of the current government’s tenure, there has not being a full-time Defence Minister. For a country with such a hostile neighbourhood, for a country in such dire need of defence reforms, for a country that is desperate to emerge as a potent defence exporter, this is appalling and unacceptable.

The NDA government, which began its tenure in May 2014, has witnessed two Defence Ministers and three Ministries. The Ministry began under the part-time control of Arun Jaitley before Manohar Parrikar took over the reins in November 2014 and led the Ministry for over two years. However, after Parrikar stepped down to become Chief Minister of Goa again, Jaitley was re-appointed as Defence Minister in March 2017.

Currently, Jaitley is the Defence Minister and the Finance Minister. He is in charge of these two enormous departments alongside his duties as Minister of Corporate Affairs and Leader of the House in the Rajya Sabha. Jaitley is tasked in four different capacities which can be extremely tasking even when led by full-time ministers.

The status of the Defence Ministry as an additional charge does not befit it at such a crucial point in its history. The government recently decided to privatise BEML, India’s largest defence manufacturer, marking the first time that the Ministry of Defence lost control over one of its own companies. The privatisation of Indian defence is a historic event; Jaitley, who has to also heed to other reforms like the Goods and Services Tax (GST) and the aftermath of demonetisation, will not be able to give Defence ample attention.

NITI Aayog, meanwhile, has integrated defence and internal security with a new 15-year vision for the first time in history, replacing the norm of five-year plans. This will have a significant effect on the Defence Ministry’s future.

At the same time, the implementation of the many recommendations of the Shekatkar Committee – appointed to balance defence expenditure and enhance combat potential – is still ongoing and it will demand a great amount of time and effort from the Defence Ministry’s officials. Submitted to then Defence Minister Parrikar in December 2016, these consequential recommendations include issues of redeployment, appointing new Army positions and revamping defence management.

Such momentous changes demand the full-time presence of the Defence Ministry, which Jaitley cannot reasonably fulfil due to his various other responsibilities. The lack of a full-time Defence Minister will also slacken or stall other much-needed reforms. These include indigenisation of defence manufacturing, pioneering defence exports, upgrading existing defence infrastructure and implementing Make in India’s directives regarding defence production.

India lives in a hostile neighbourhood

A particularly dangerous disadvantage of not having a full-time Defence Minister is the absence of an official who can attend to the Ministry’s strenuous day-to-day work on a day-to-day basis. This includes the need to address old and renewed threats from across the border.

Tensions along the India-Pakistan border, unrest in Jammu and Kashmir and persisting Maoist extremism have resulted in increasing soldier deaths in recent years. To add to this, the India-China border is growing increasingly hostile, with the People’s Liberation Army threatening military drills and an escalation of troop presence.

The Defence Ministry was allocated Rs 3,59,854 crore (US$ 53.5 billion) in the latest Union Budget (a 5.34% increase). India is one of the world’s top countries when it comes to defence spending, with over 2.5% of its GDP dominated by defence spending. The Defence Budget has always understandably been one of the most important components of the annual budget – and its share of the total allocations has been steadily rising in recent years.

The Defence Ministry is too crucial to not have its own minister. Mr Jaitley has enough on his plate with Finance, Corporate Affairs and the Upper House. A 24×7 ministry like Defence should not have to settle for the partial attention of a part-time minister.

India needs a full-time Defence Minister desperately and right away. The government needs to address this need immediately so that proposed and ongoing reforms can be implemented swiftly and the ministry can be steered rightly and surely.