We Stand With Heena Sidhu. No Woman Should Be Forced To Wear A Hijab 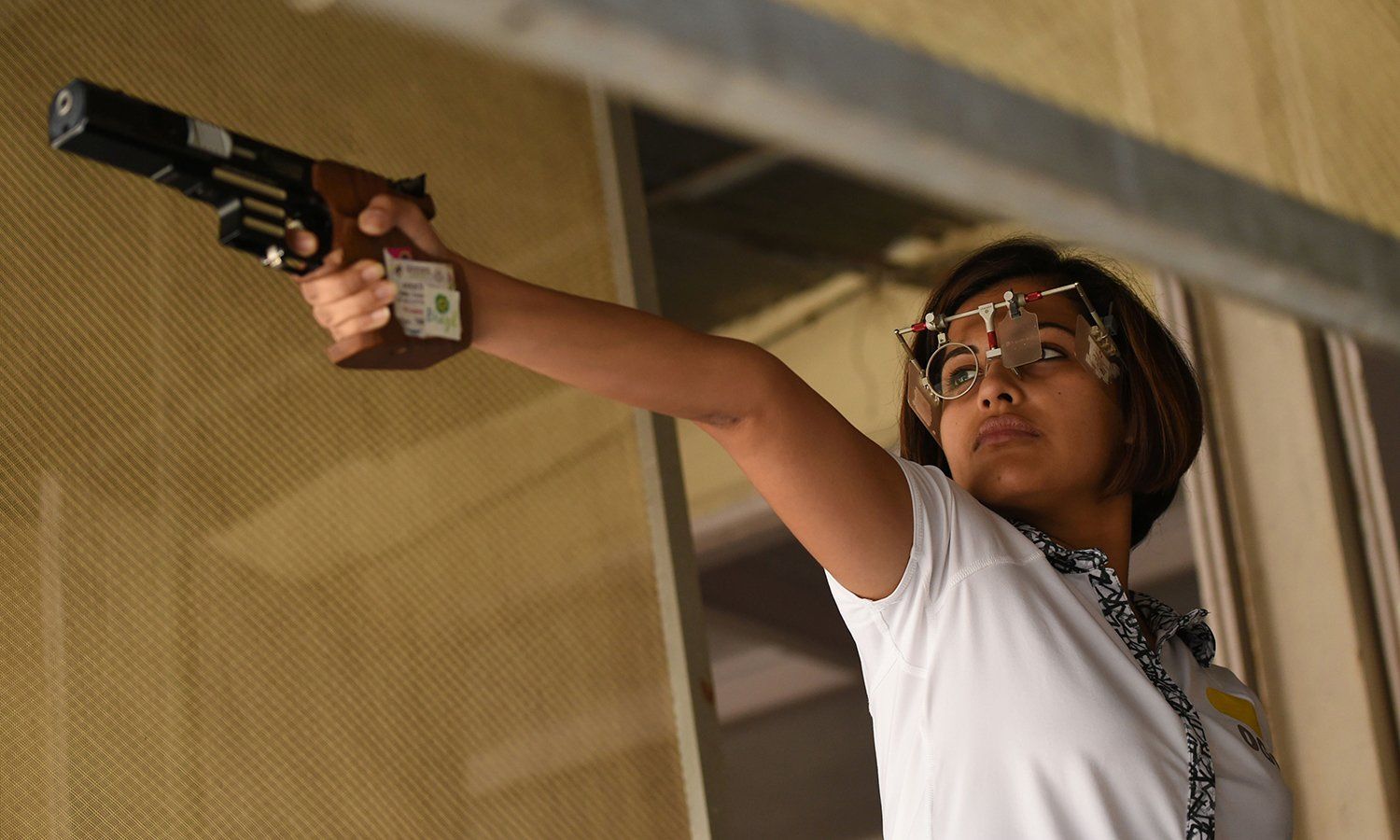 Sport is a form of competitive physical activity which, through casual or organized participation, aim to maintain the physical ability and skills while providing enjoyment to participants, and in some cases, entertainment for spectators.

A couple of days back, Indian shooter Heena Sidhu tweeted the following:

Im not a revolutionary. But I feel dat making it mandatory for even a sportsperson to wear hijab is not in the spirit of a Sport. (2)

The first Indian pistol shooter to be ranked number 1 in the world pulled out of the 9th Asian Airgun Shooting Championships scheduled to be held in December in Tehran stating that she did not like the dress code for women at the event. While the other Indian shooters are ready to bend in with the rules, she stated, “You are practicing your religion, let me practice mine. If you are forcing your religious beliefs on me, then I don’t want to compete.”

As a child, she loved guns but took to shooting quite late, after she turned 16. While studying dentistry in Patiala, she decided to switch over to shooting and her passion was rewarded in 2003 when she became the first Indian shooter to win the ISSF World Cup Finals in the 10m Air Pistol event.

However, this isn’t the first time that Sidhu has withdrawn from an event citing dress code issues. Previously, she pulled out of the 6th Asian Air Gun Championships, which was also held in Iran because of the dress code. She said, “The event in Iran, where the female shooters will have to wear a headscarf during the competition will need a different kind of practice. I have not used it and to get used to it I will have to practice for a minimum of three weeks. It will require a special kind of training and time dedicated specifically to it, instead of wasting my time and energy on preparing for the event in Iran, I would rather complete my rehabilitation.” Sidhu was recovering from a neck and shoulder injury that time. A hijab is a veil traditionally worn by Muslim women in the presence of adult males outside of their immediate family, which usually covers the head and chest. The term can further refer to any head, face, or body covering worn by Muslim women that confirms to a certain standard of modesty. Hijab can also be used to refer to the seclusion of women from men in the public sphere.

A few days back, U.S chess champion, Nazi Paikidze-Barnes also withdrew her name from the World Championship which is supposed to take place in Iran, in December, as a protest to the compulsory hijab. She wrote on her Instagram handle, “I think it’s unacceptable to host a Women’s World Championship in a place where women do not have basic fundamental rights and are treated as second-class citizens.”

India’s former table tennis champion, Poulami Ghatak, said in one interview that during a tournament in Iran, they got down on the courts, to play their matches, wearing shorts. The officials asked them to cover up and play to which they refused to state they aren’t adjusted to playing that way. Later, all the men were asked to leave the venue and all the doors were closed before the match began.

Hijab is not strictly defined in the Muslim holy book, the Quran. It is often a personal and cultural concept, not a religious one. Muslim women who wear Hijab do not find it impractical or interfering with their activities in all levels and walks of life. Hijab is not merely a covering dress but more importantly, it is behavior, manners, speech and appearance in public for them.

But one cannot be forced to wear a hijab. It solely depends on one individual if she wants to cover her head or decides against it. This isn’t some 16th century, where the women will have to abide by the set rules and regulations. Now, unlike the previous times, women have the right to choose. But then, in fact, even now Iran forces its women to go the compulsory hijab way and lashes out at the ones who stand up against it. Heena Sidhu’s decision to boycott the Championship created quite an uproar which also led Masih Alinejad, an award-winning Iranian journalist living in exile, tweet, “Heena Sidhu has taken a brave stance to stand for her own dignity.”

Rationally any country holding such a major sporting event, cannot thrust their ‘cultural restrictions’ on those taking part in it. It’s all about mutual respect. If the world can respect and not get messy with orthodox Muslim ideologies, being the host country even they should take it easy on their limitations.

Muslim women are habituated to wear the hijab and play unlike other women players of the world. But that doesn’t necessarily mean the host Muslim country will make the hijab compulsory, and not think about the problems the others who are not habituated to it, might face.

Muslim women face many barriers to sports and exercise, such as hijab bans and religious intolerance. But one of the biggest barriers originates from within their own communities.

Sport is the field that gets countries together, helps in growing the bond stronger. This is the last place where such restrictions should be imposed. People go to watch the match and cheer for their respective favorites and not to check out the players.

There’s no doubt this is an extremely touchy and complicated topic over which opinions are greatly divided. Only time will tell whether Iran takes a call on the same in the near future.