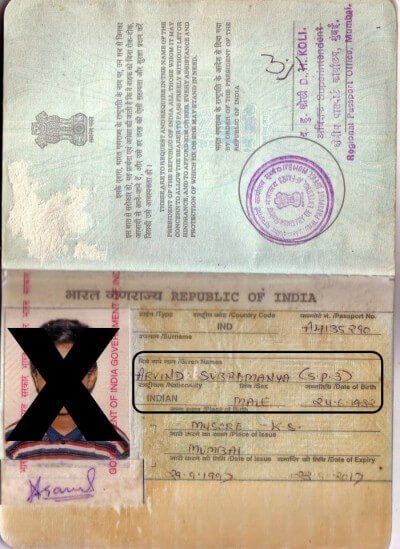 Your Indian Passport Will Be Declared Invalid On November 24th 2015, If It Is Handwritten

If you are old school and love your hand written that little blue book, this news may come as a shocker for you. Handwritten Indian Passports will Be Declared Invalid on November 24th.

So your handwritten passport won’t take you on a foreign holiday. Neither can you fly out if it has a 20-year validity.
International Civil Aviation Organization (ICAO) which India is part of has decided to do away with non-machine readable (handwritten) passports globally. Visa will not be issued by countries under the ICAO to persons holding passports that are handwritten or valid for 20 years. The rule will be implemented from November 25, 2015 globally.

In Indian those handwritten passports were issued before 2001, and are still in practice.

Indian citizens residing in India and abroad and holding such passports with validity beyond November 24, 2015 should apply for the reissue of their passports well before deadline.

Bengaluru passport office became one of the top offices to receive many quarries regarding this, media reports say.

Please be informed about this rule and make the changes in your passport getting a new one to avoid last minute glitches in your travel plan and spread the word across.

Also Read: Have Aadhar? Now Get Passport In Just 10 Days!